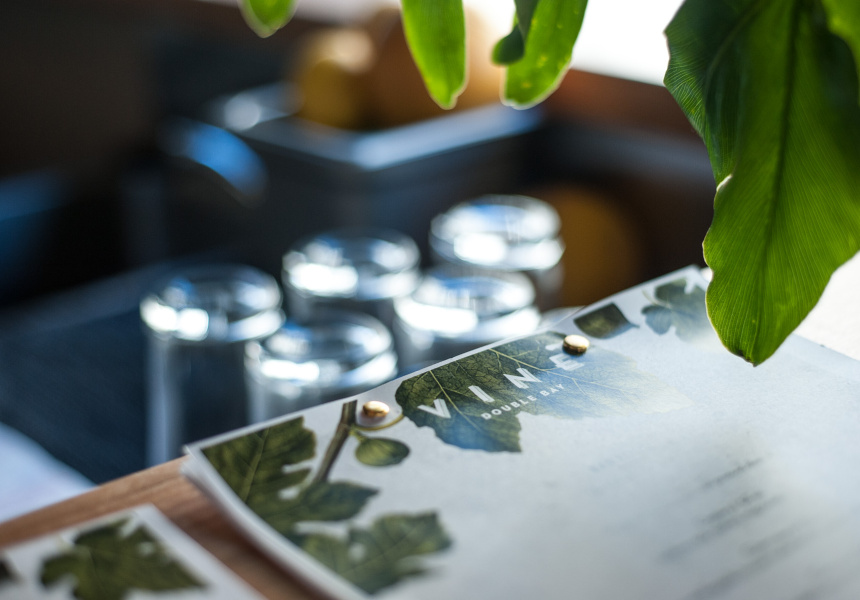 Vine’s luxury feels easy and polished. The wine bar and dining room took over the old Zigolini’s site in 2014 and now offers a bright and airy space in which to enjoy some unusual wines and a modern menu with a broad European influence.

The kitchen is headed up by chef Drew Bolton, who’s spent time in the kitchens of Thomas Keller’s French Laundry (Napa Valley), Darley’s at Lilianfels in the Blue Mountains and Sydney’s Quay.

As you’d expect, his menu skates across Western Europe with ease. France and Spain are called upon for refined snacks such as potato soufflé with oscietra caviar; and éclair with smoked ham and manchego.

Mains look slightly further east via gnocchi with Jerusalem artichoke, pine mushroom and baked ricotta; and a luxe Wagyu rump cap topped with gremolata and saffron. At other times Bolton makes judicious use of Asian cuisine, employing elements such as squid congee or yuzu.

The carefully selected list of about 50 wines has a focus on more obscure wineries from popular wine regions, as well as biodynamic and organic styles.

The Garden is Vine’s original entrance, which was turned into a greenhouse-like bar a couple of years after opening. At its white stools and wicker chairs, the focus is on easy, refreshing cocktails based on gin and vodka. The Pink Panther mixes Tanqueray gin and Aperol with lemon juice, raspberries and a dusting of black pepper.