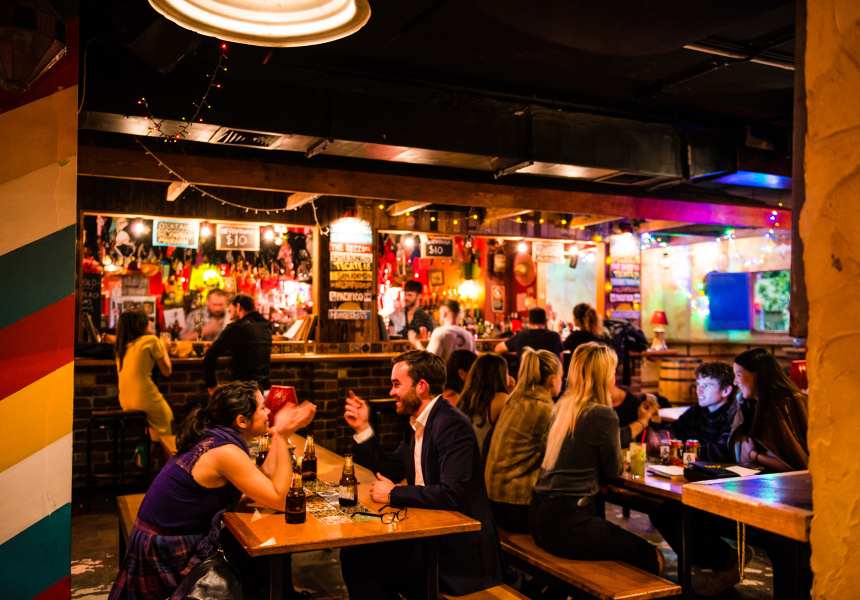 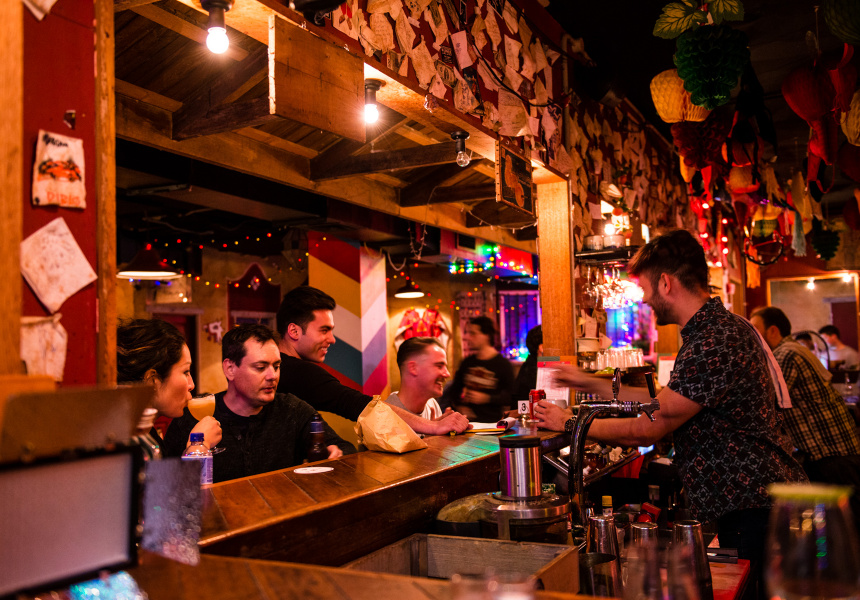 If drinking tequila in the presence of religious iconography is considered blasphemous, ex-Shady Pines Saloon co-owners Jeremy Blackmore and Alex Dowd are committing some serious sacrilege with this homage to tequila and Mexican culture.

From the street, Tio’s looks more like a brothel than a tequila bar. A sleazy fluorescent light hums lazily in the front window, sending a beacon of green light across Foster Street.

Inside, Catholic shrines house saintly figures of the Virgin Mary, melted candles line the clay-washed walls and long strings of fairy lights burn a red hue over the darkened room. Behind the taco-stand-inspired bar, more than 100 varieties of tequila are mixed in with ceramic religious figurines. At daily happy hour from 4pm, a shot from the lower shelf is so cheap, it’s a sin.

Since Tio’s first landed in Surry Hills, this iconic bar has impressively shaken up more than 100, 000 margaritas – thanks in part to a Wednesday night $10 special. But Tio’s is known for more than just its house classic. A spicy style margarita and a fruity, refreshing watermelon version have been crowd favourites over the years. The Tommy’s is another staple – a spin on the traditional Margy which trades triple sec for agave syrup.

To eat, there are nachos with roast pork, chorizo and frijoles, plus guacamole and corn chips on the bar menu. God only knows how many tonnes ff free, picante popcorn has hit the tables since 2011.