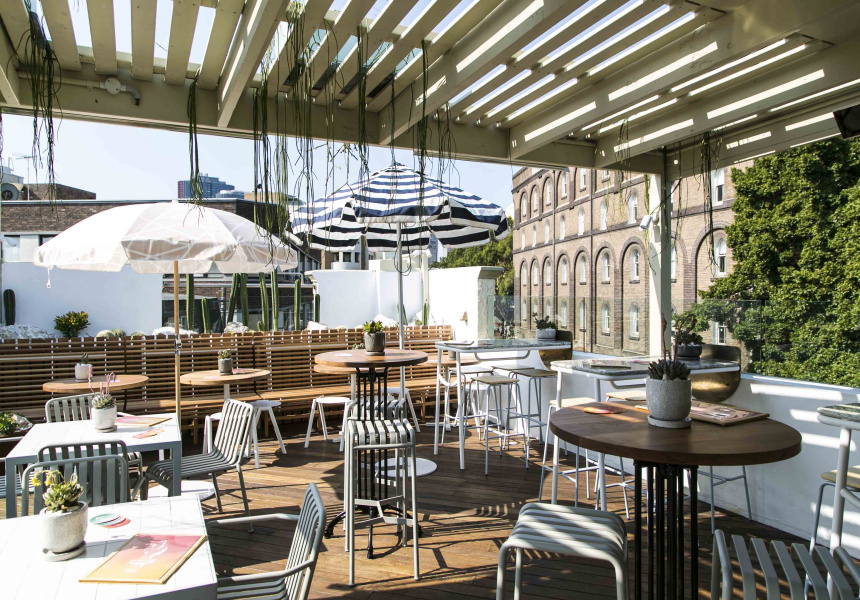 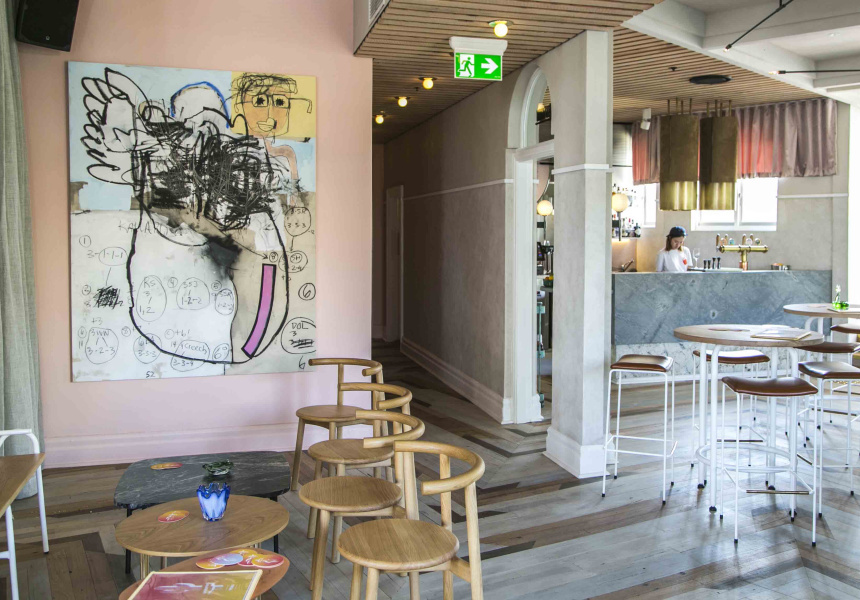 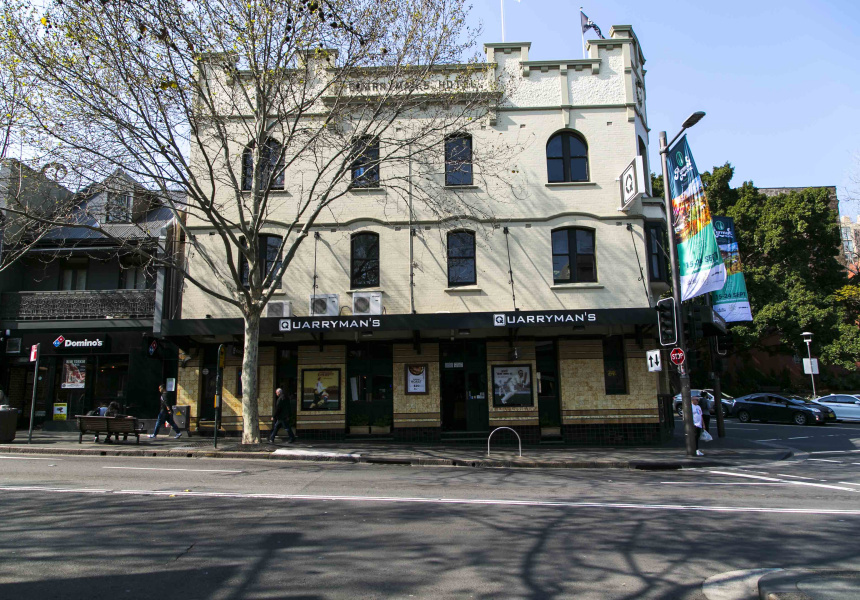 Plush couches and mid-century coffee tables are huddled around an original fireplace, and the tonal timber floors are covered with worn Persian rugs. The round wooden tables and the DJ booth – a pale pink box with large round portholes that provide a view to DJs spinning vinyl – are the few features that indicate the rooftop is actually a bar.

But walk onto the sunny verandah, with views of the CBD peeking over one of Pyrmont’s stately wool store buildings, and you’re unmistakeably in a bar. A mix of high and low tables with white tile tops dot the area, and a garden of cacti and succulents frames the space.

It’s a great spot for a glass of French rosé or an apple-cider slushie made with cloudy cider, house-made honey syrup and Young Henrys beer. Have it with the pickle fried chicken burger or one of the many Tex Mex-inspired shared plates. There are soft-shell tacos and tortillas served with a chunky guacamole.

There’s also a full dinner menu of pub dishes such as chicken parmigiana and a good schnitty. And hot wings with blue-cheese sauce.

While upstairs has four taps plus a range of approachable bottled beers (such as Peroni), you can also head downstairs to choose one of the 30 beers pouring from taps there.