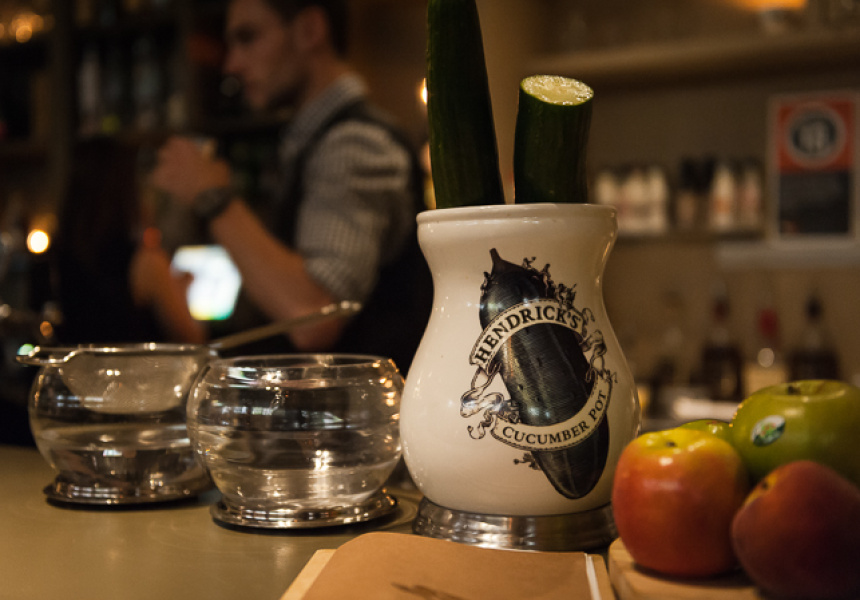 Located along Elizabeth Street, at the site formerly known as Bar Europa, be sure to spot the pair of white rabbit ears hanging from the awning. Take the winding stairs down to this basement retreat, featuring reclaimed wood finishes, wallpaper with shadows of leafy trees and a mural of rabbit caricatures.

Owned and operated by cocktail specialist Doug Laming, Rabbit Hole is dedicated to molecular cocktails, specifically focusing on a technique known as ‘Cointreau caviar spherification’. And though it sounds wanky, it’s a process offered nowhere else in Australia, whereby caviar-shaped Cointreau balls are formed from liquid by one of only 12 kits currently in the world.

A modern French menu complements the impressive cocktail list. Given it’s a rabbit’s den, start with carrots, a refreshing salad, sprinkled with crispy fried cocoa, showcasing the varieties and textures of the vegetable. Main dishes vary from fish such as caramelised bass groper with burnt butter, anchovies and almond to the succulent roasted Kurobuta pork loin with tangy lemon puree and beans. For dessert, there’s fondant with passionfruit meringue and white chocolate ice cream.

With its well-hidden, relaxed setting, Rabbit Hole is a hit with workers who want to mingle after until late.