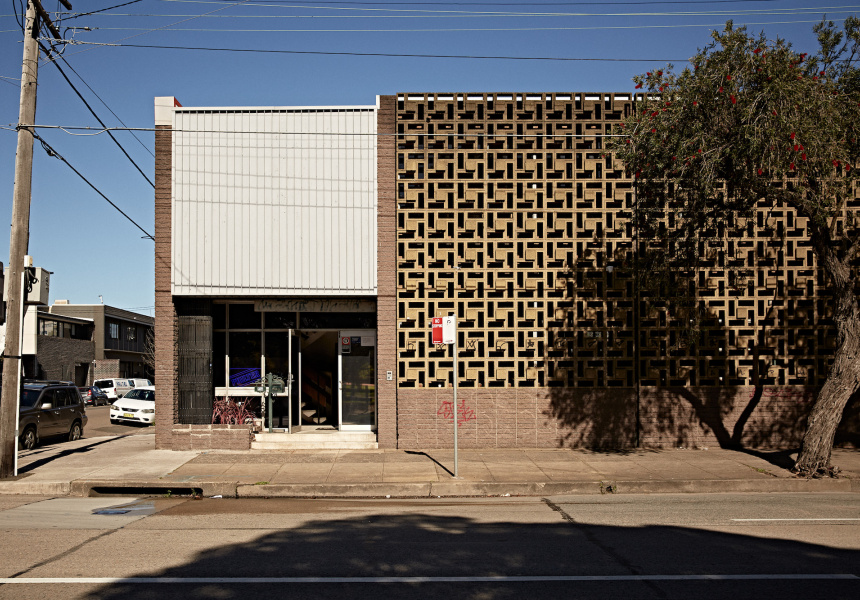 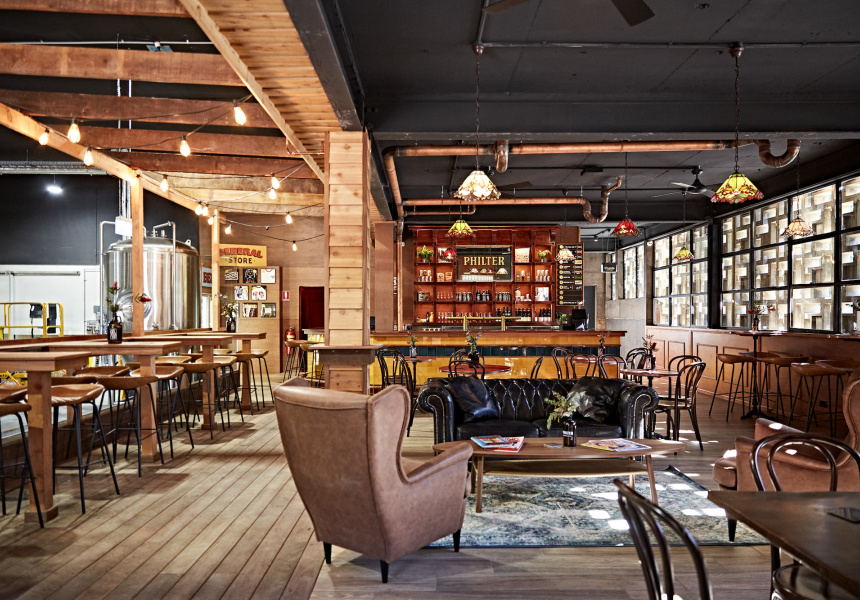 Bookings only from Friday to Sunday.

Apart from a small neon sign in the window, the only hint there’s a bar inside what was once a yoghurt factory on Sydenham Road in Marrickville are the twinkling lights shining through the gaps in the 1960s geometric breezeblock facade.

Founded in a Marrickville backyard in 2017, Philter went on to gypsy-brew its award-winning ales and lagers at Hope Estate in the Hunter Valley, then at Hawkers Beer in Melbourne. But after two years of searching, its five founders finally found the perfect space for both a brewery and a bar, just around the corner from where Constantoulas and fellow co-founder Mick Neil first started talking about brewing beer.

On the taps there's flagship Marrickville Nights, a hoppy dark ale. There's also Philter's award-winning XPA, Red Session Ale, IPA, lager and an assortment of stouts and experimental beers to round out the selection.

The space is split into two distinct areas. There’s a cosy wood-panelled bar room with coloured glass lights hanging over round bistro tables, a black leather chesterfield and a vintage tiled bar. Hanging behind the bar, among old records propped on shelves , is a vintage mirror with Philter’s logo painted in gold lettering. The bar opens into a vast brewery dominated by rows of enormous, gleaming tanks.