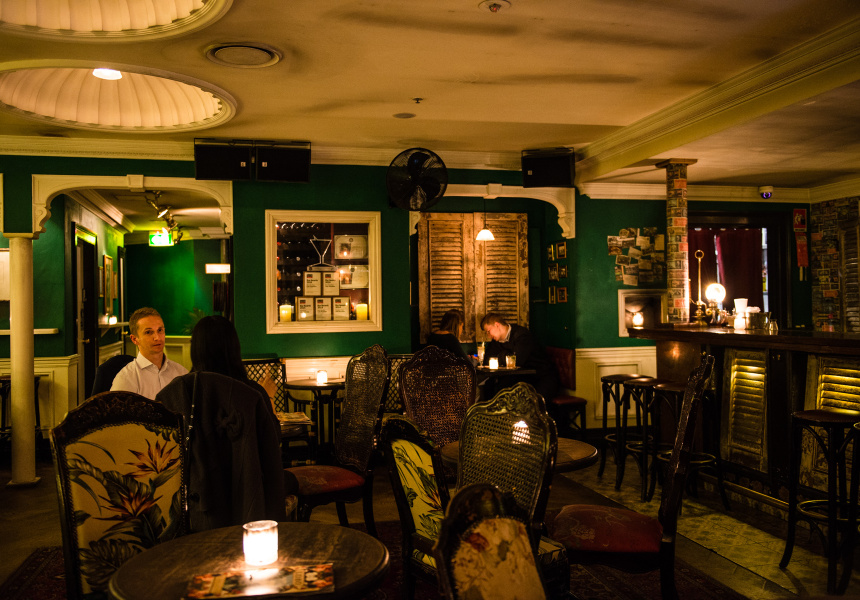 This small bar is all about rum. Named after Julio Lobo, Cuba's last sugar baron, The Lobo is reached via heavy wooden doors followed by a curved staircase (best attempted fairly sober).

At the bar, it's best to plunge headlong into the rum and (largely rum-based) cocktail lists. There’s rum from Barbados, Bermuda, Cuba, Martinique, Panama and the Dominican Republic among others.

The cocktail list is fun. The Mr Magoo mixes pineapple rum, Lillet Blanc, cacao, lemon juice and ginger beer. Squashed for Thyme pairs rum and yellow chartreuse with lemon juice and pumpkin lemonade. Other drinks are twists on classics, such as the Old Fashioned or Singapore Sling.

The Central and South American eats are shipped in from Urban Cooking Collective. Snack on empanadas and croquettas, or head straight for “Da Big Bawse”, which jams pulled pork, triple-smoked ham, Swiss cheese, sauerkraut and pickles into fluffy focaccia bread.

If you're a fan of rum, the Caribbean or both, make plans to visit The Lobo. Right now.