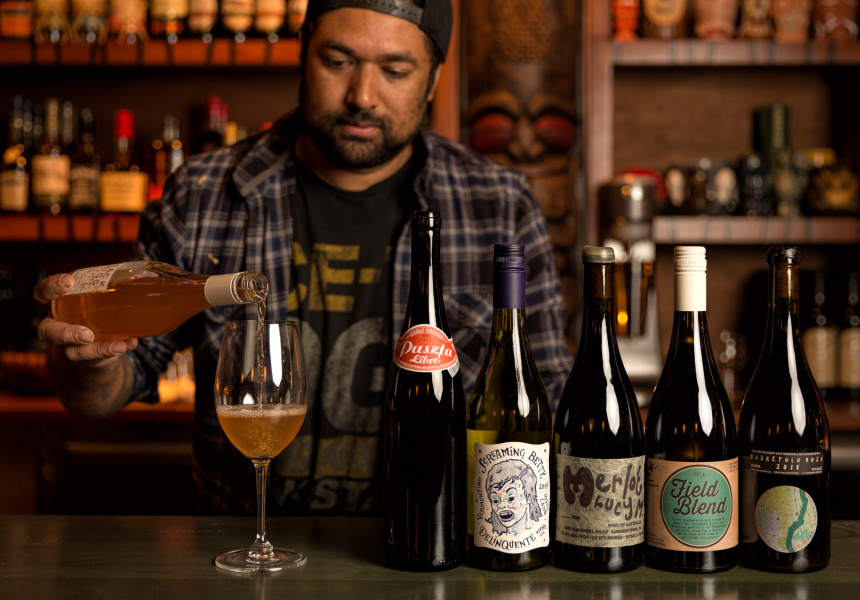 “If you can’t get to paradise, I’ll bring it to you,” read the words on the drinks menu at Jacoby’s. Makes sense. This is a serious tiki bar from the guys behind the nearby Earl’s Juke Joint.

Taking its name from the tiki-infatuated psychiatrist, Dr Lawrence Jacoby from David Lynch’s series Twin Peaks, the bar riffs on the nostalgia returning US servicemen had for long woozy nights in the Pacific. Low-intervention wines are a point of difference for Jacoby’s. Red Stripe Lager is the only beer on tap. Food is limited to what’s especially good after midnight: toasties.

Inflated puffer fish hang from Jacoby’s thatched bamboo ceiling and damask wallpaper sets the scene for light fittings that wouldn’t look out of place in an old motel in Waikiki. Bamboo-framed portraits line the walls and three gigantic tiki heads keep watch from behind the Jarrah bar.

To drink expect rum classics supplemented by lesser-known gin- and vodka-based cocktails. The Romero is the Jacoby’s take on the iconic Zombie: Pampero Especial Rum, Captain Morgan Spiced Rum, Eldorado 151 Overproof Rum with lime, spiced grapefruit, Falernum and Absinthe is as the menu reads: strong enough to raise the dead.

But the real hero here is the wine: delicious and smashable. Forsaking the old “red or white” binary, the menu at Jacoby’s is categorised by the hues of the Pacific sunset, and examples include prosecco and a petillant naturel from the Barossa; white varietals such as vermentino, riesling, or viognier; and orange and natural wines.