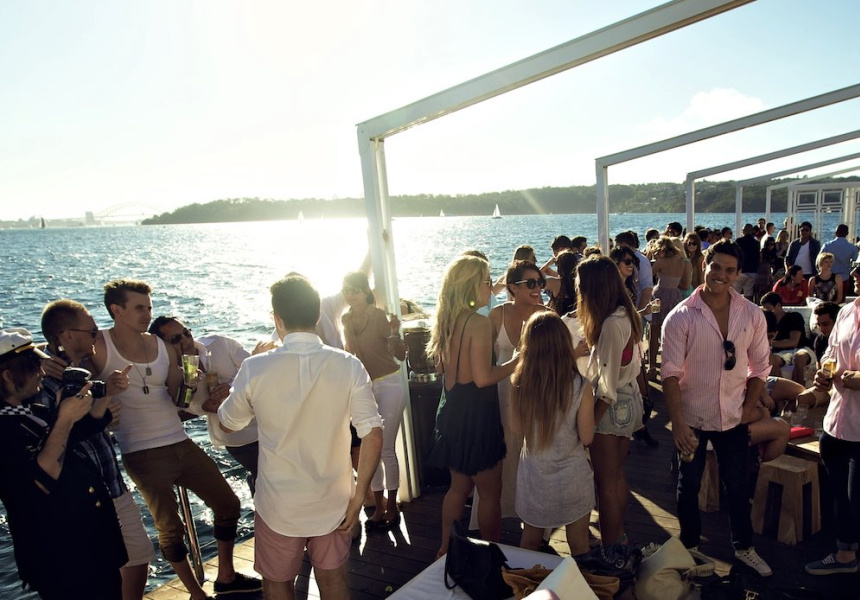 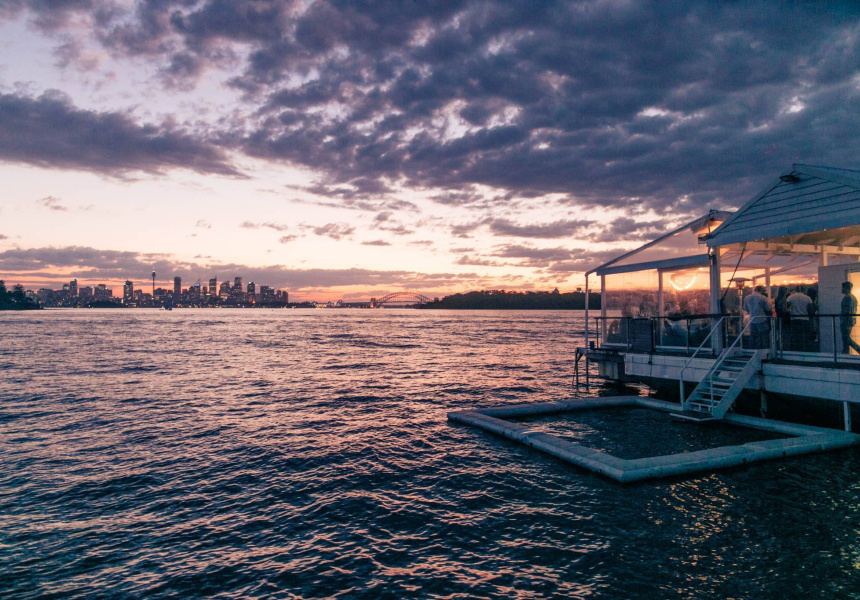 Although Sydney has no shortage of stunning beaches, the exclusivity and five-star service that defines some of the world’s popular destination beach parties are hard to come by here.

Adam Abrams and Julian Tobias (the team behind The Boat and ‘C’ Coconut Water) saw this as an opportunity to open a beach-themed venue offering that kind of high-class experience. The result is a 350-square-metre floating bar that can be positioned nearly anywhere on Sydney’s famous harbour (a tugboat pushes it into place for weekend beach club and other events).

Called The Island, it is an adaptation of the European beach club, designed to suit Sydney’s locale.

It operates every weekend during the summer season, with patrons being shuttled to and from the floating party via private water taxis out of Double Bay Wharf.

Weekday events can also be arranged for corporate dos, product launches or the like. Willing to take on anything you throw its way, in its five years of operation The Island team has seen just about every type of party you can imagine, down to weddings and proposals.

A staff well versed in the art of hospitality serves the drinks. The Island’s own coconut cocktails are the most popular feature on The Island, aside from the sunsets.

And with a sea pool just off to one side of the floating venue, a cooling afternoon dip can be easily arranged.

Gather a few of your closest friends, grab a cocktail and watch the sun sink over the city skyline.

Bookings only from Monday to Friday.