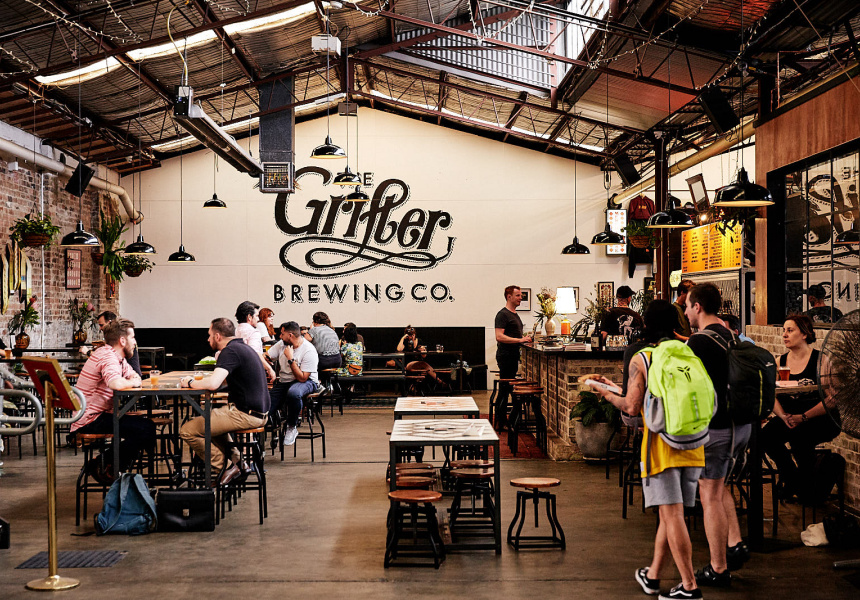 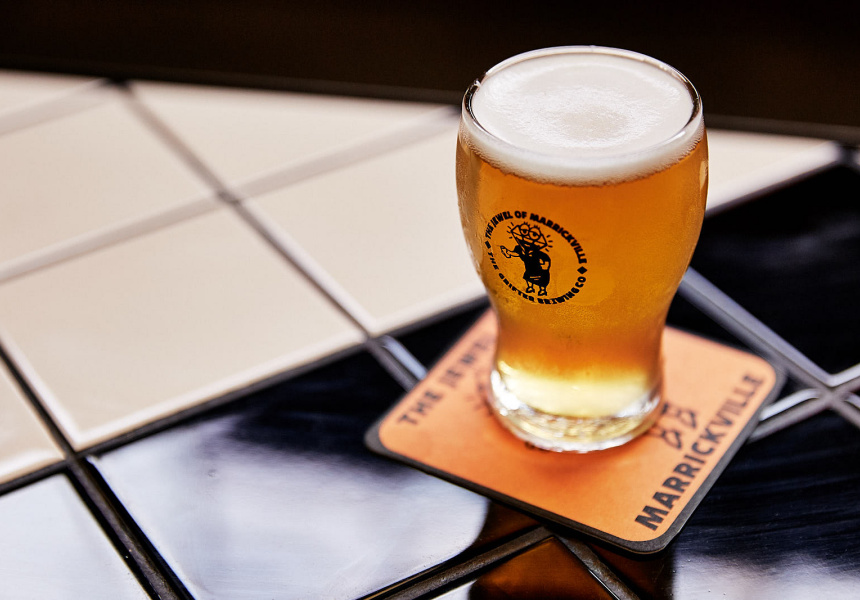 The Grifter Brewing Co started out as a hobby for its three founders, but it’s come a long way since then. Trent Evans, Matt King and Glenn Wignall made the leap from homebrewing to craft brewing using one of the tanks at nearby Young Henrys in 2012. Three years later they found a permanent home in a sun-drenched former laundromat warehouse in Marrickville. The brewery is now busier than ever, and capacity has increased to match.

The team experiments with unusual flavours, which are popular with beer lovers but also accessible to those who don’t usually enjoy beer. The Serpent’s Kiss watermelon pilsner is made with actual watermelon and has a cult following. C Boogie, a cucumber kolsch; Voodoo Paradise, a stout made with coconut milk; and the pink lemonade-inspired sour, Pink Galah are also on rotation. But the staple throughout has been the classic pale ale.

Drinks are served in middies (285 millilitres) and customers are encouraged to sample a variety of beers from smaller pony glasses. Flights are available for $12, and takeaway bottles and cans can also be had.

If you visit The Grifter on a weekend and you're hungry, you're in luck: in 2021, after a successful pop-up, cult favourite mobile taqueria Rico's Tacos installed itself in the warehouse on a permanent basis. The menu, designed by owner Toby Wilson, keeps things simple. There are three staple tacos, alongside regular specials. Plus, there's corn chips and salsa, and black beans and rice for sides.