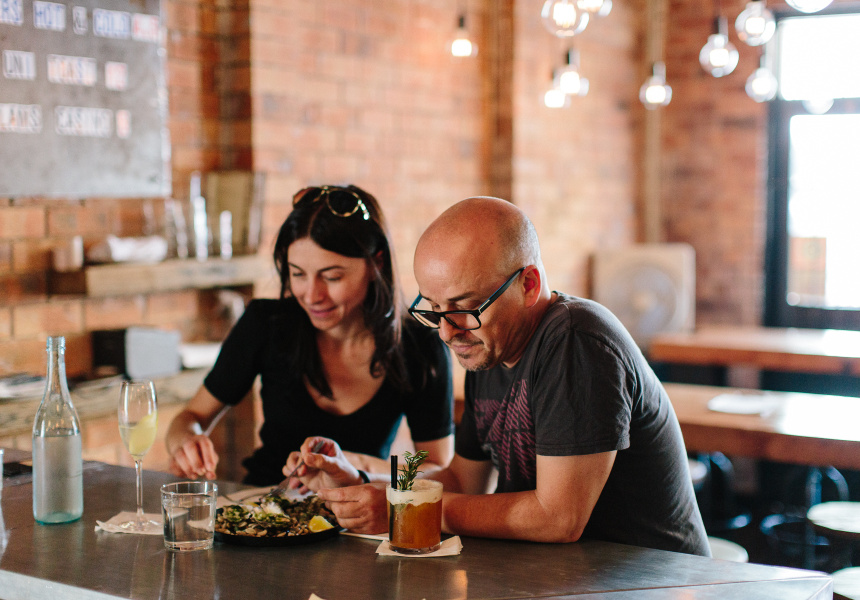 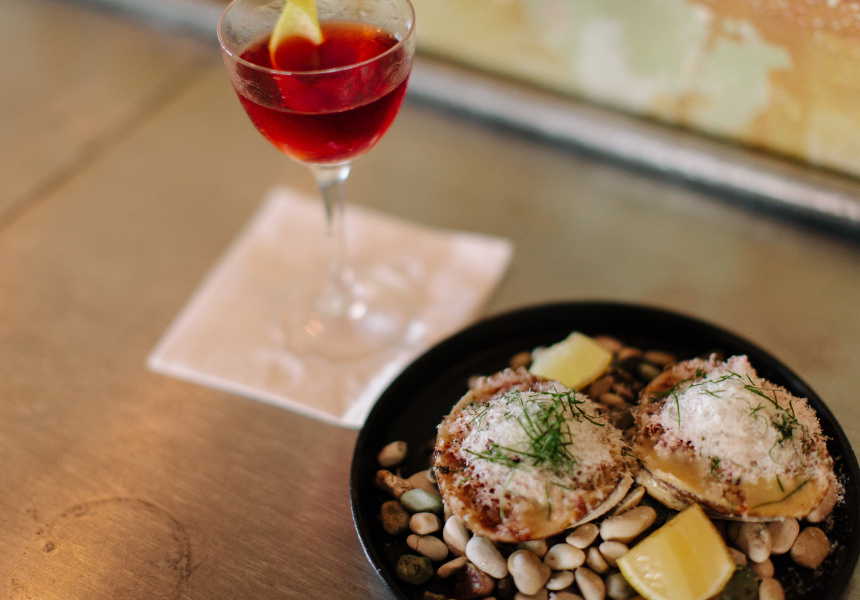 In 2007 Gregory Llewellyn of Hartsyard wore a pair of blue jeans on a first date with Naomi Hart in New York City. It must have gone well because eight years (and two children) later, those jeans were used to upholster a bar stool at the couple’s second Enmore Road venture, The Gretz.

Llewellyn's jeans are one of 40 pairs, donated by friends, family and lenders, that now cover the most comfortable bar stools in town. Worn denim seating and a commitment to table service result in somewhere you can stay awhile.

The short menu is all about seafood. Along with oysters (cold or hot), the regularly changing menu might feature shrimp cocktails, clams casino or house-made salmon jerky, as well as non-seafood items such as scotch olives.

The cocktail list is equal parts originals and classics and a short wine list offers options that work equally well on their own, or as a complement to the seafood. Beers on tap come from Yulli's Brews and The Grifter.