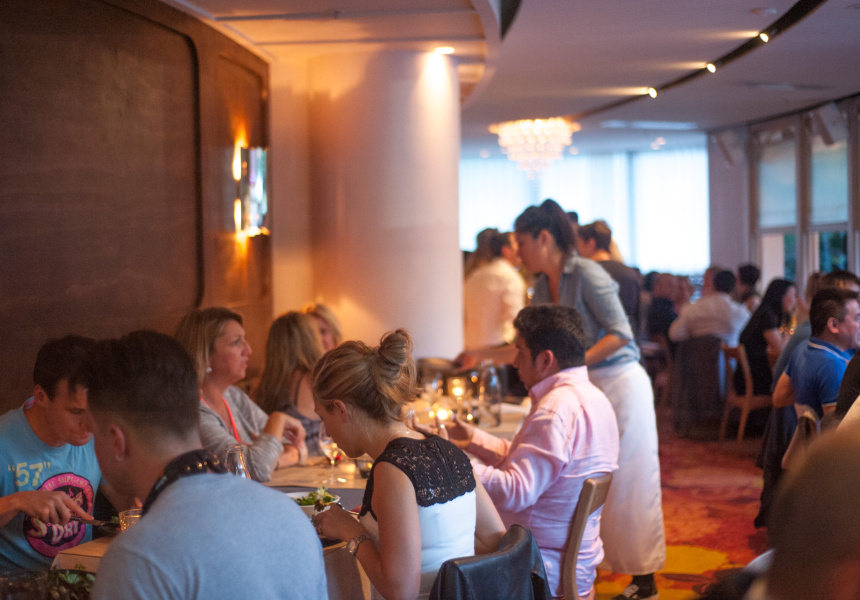 The Gazebo is thick with atmosphere. Even after an extensive refurbishment in 2014, its sophisticated interior still conjures the mood of the late 1960s, the era the building was constructed.

Private leather booths are tucked into the far end of the long, low-lit dining room with a chandelier dangling overhead. The outdoor wine garden offers a more casual space among the potted plants where a DJ plays every Sunday afternoon.

The Gazebo has been operating on the ground level of the former Gazebo Hotel since the building was converted into apartments in 2005. The original hotel was renowned for attracting identities of the nearby Kings Cross nightlife scene. This snippet of history was re-enacted when scenes for Underbelly were filmed here.

The wine list features about 150 varieties, organised by country of origin. Flick to the mature-age drinking section for wines such as the 1997 Xanadu cabernet sauvignon from Margaret River and the 2007 Ashton Hills riesling from Adelaide Hills.