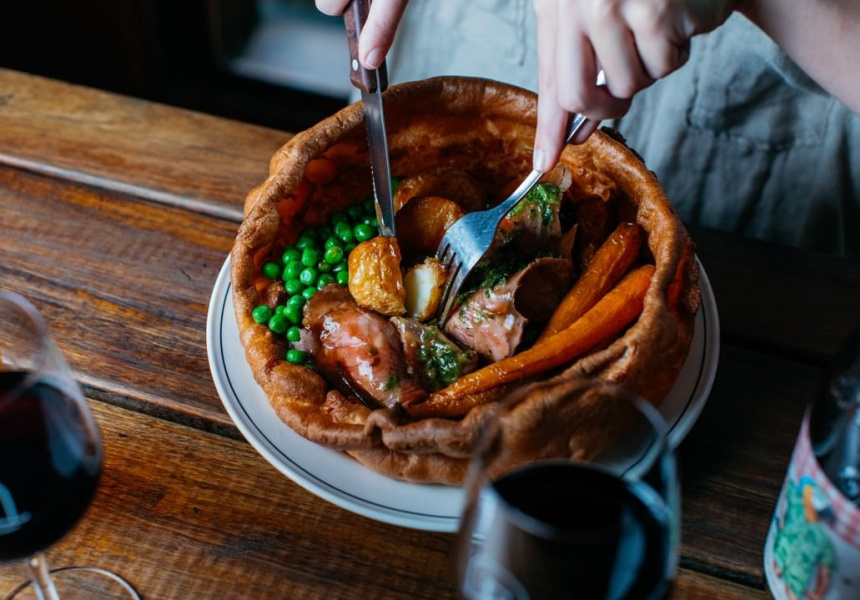 Surry Hills institution was taken over by Ben Carroll and Hamish Watts – the co-founders of Applejack Hospitality (Bopp and Tone, The Botanist, The Butler) – in 2020. The pair have given this classic boozer a new lease on life.

The owners have given the building a $1.5-million makeover and split the pub into three separate spaces to drink and dine: Phylli’s, Public Bar and Upstairs.

The Public Bar at the front is a good spot for a pint, and has retained much of the pub’s century-old character, with exposed timber beams and weathered hardwood floors. Phylli’s is a complete contrast – its bright dining room is filled with plants and dominated by a mural by Sydney artist Mielo. It’s a good place to while away an afternoon, particularly when bottomless long lunches ($79) launch on November 14.

Both the Public Bar and Phylli’s are packed with influences from North, South and Central America. In the Public Bar are snackier dishes such as crispy chicken wings with hot sauce, a Cuban sandwich and cheeseburgers.

Forresters has a substantial spritz line-up. In summer there are citrus options such as grapefruit, mandarin and blood orange, plus a ginger spritz made with Adelaide Hills Distillery gin, vermouth, fresh ginger, honey and soda.

As tribute to the venue’s past, $10 steaks (available on Mondays) are back. as well as trivia and comedy nights, held in the Upstairs space, which has been designed for entertainment (it also has comfortable booth seating and a separate bar). Where before punters might have enjoyed a pint of VB, Forrester’s is now serving craft beer from Grifter, Moon Dog, Feral Brewing and Mountain Goat (which opened a brewery and bar in Newtown in October). Wines have been selected with a focus on organic and sustainable drops from Australia.