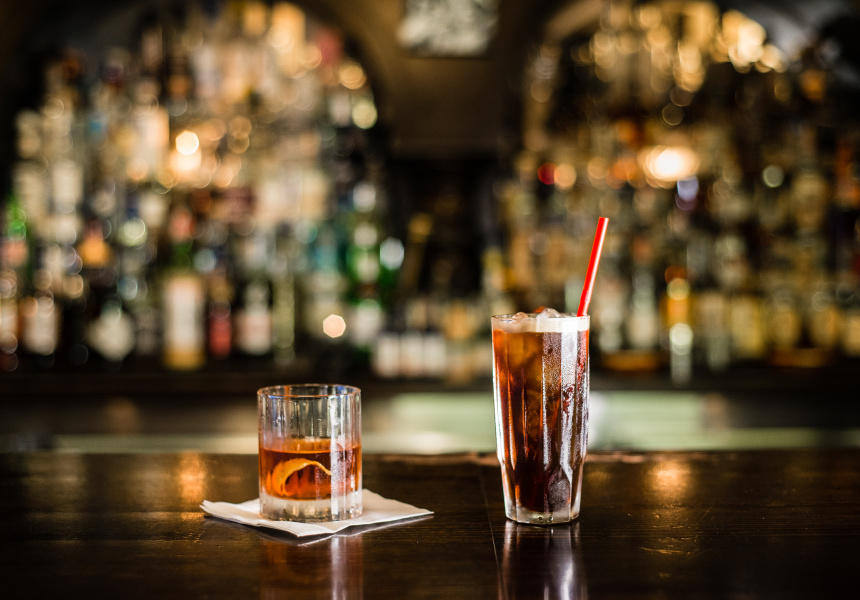 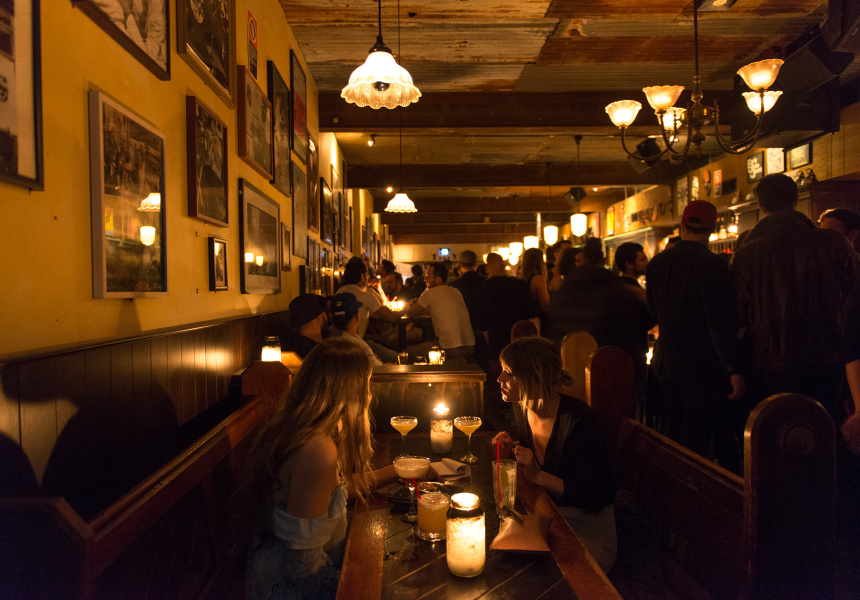 From the outside, Earl’s Juke Joint looks no different to Betta Meats, the business it took over in 2013. The tired-looking striped awning is still there. Ditto for the window banners hawking Top Quality Meats and Continental Smallgoods.

Behind this cheeky façade, a rollicking bar honours the juke joints of the Deep South – informal and rustic, with a little bit of loud music for dancing well into the night. It’s named after Earl Palmer, a New Orleans drummer credited with creating the backbeat for rock’n’roll.

At the long bar, you’ll deal with a pleasingly concise drinks list. There’s a mix of beers such as Resch’s on tap and Samuel Smith, Young Henrys and others in bottle. The wine list features a selection of natural and skin-contact bottles alongside more traditional labels.

Cocktails, though, are the highlight at Earl’s – no surprise given it’s owned by Shady Pines Saloon alumnus Pasan Wijesena. Like any good bar the list changes frequently, but the line-up tends to favour dark spirits such as bourbon and rum. The popular Espresso Diabolique is a robust mix of bourbon, espresso, chocolate, orange and cinnamon, served on tap.

The spacious fit-out echoes the Southern sentiment perfectly. Dark timber floorboards for heel stomping; a tin-covered ceiling for acoustics; and walls adorned with posters of blues legends, lit by Art Deco-style lamps to set the mood. Palmer would have loved it.