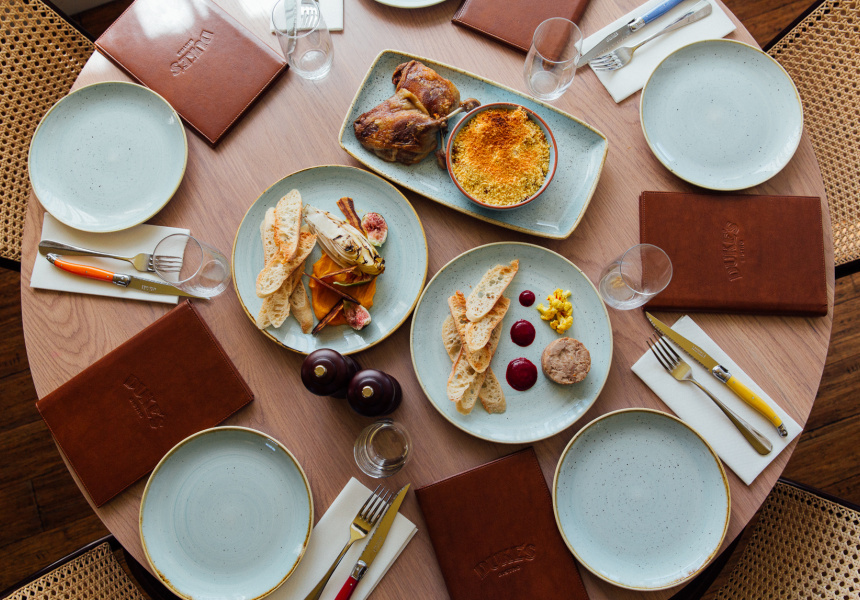 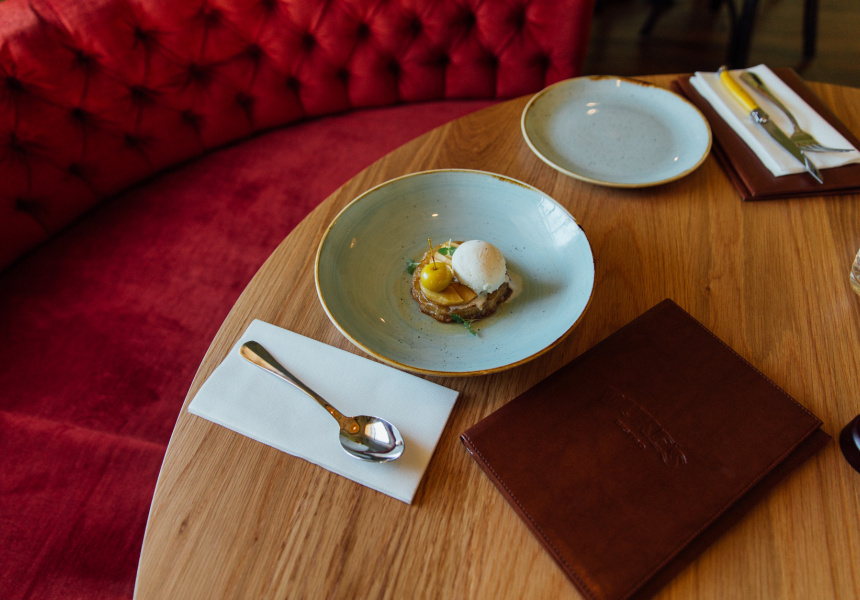 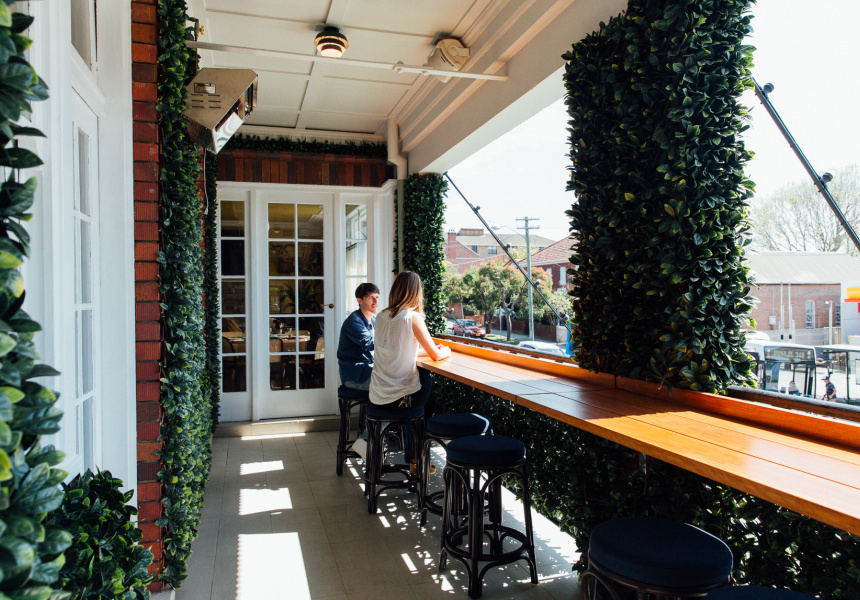 Dwayne Baber, the executive chef at Good Beer Company (GBC), oversaw the menus at Dove & Olive and Keg & Brew. Then he took his Sydney pub revolution to Randwick with Duke’s Bistro above the Dog Hotel.

The French, custom-built rotisserie is the centrepiece, literally. You’ll smell it is soon as you walk in. Also noticeable is the hunting-saloon-style animal busts mounted on the walls, which are a rather odd sight in the pastel-coloured, open-plan fit-out.

Besides those on the vine-covered veranda, from most seats you can see into the rotisserie. It contains lamb shoulder served with a smear of parsnip puree and whipped goat’s cheese; 24-hour, beer-brined chicken with bronzed skin and sides of roast potatoes and chicken jus; and roasted pork shoulders served with apple and crackling. If you order ahead there’s whole lambs and suckling pigs.

The smaller plates are where most of the Atlantic fusion comes in. Mac’n’cheese has a kick of smoked brisket and a sort-of tartine is composed sculpturally around a smoked-pumpkin puree, crispy pancetta and charred witlof.

The bistro serves a list of American–French-themed cocktails, a few local NSW beers and a decent selection of mostly mid-range French and Australian wines.