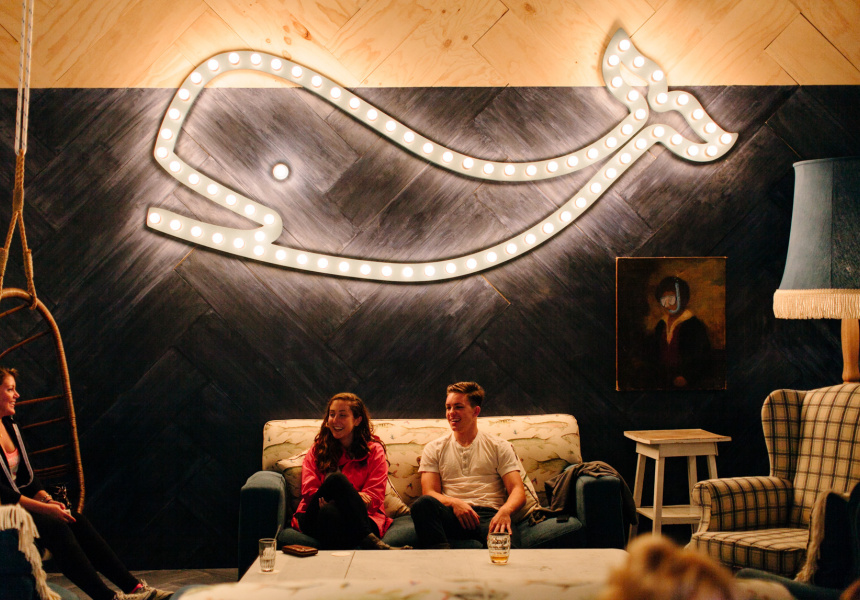 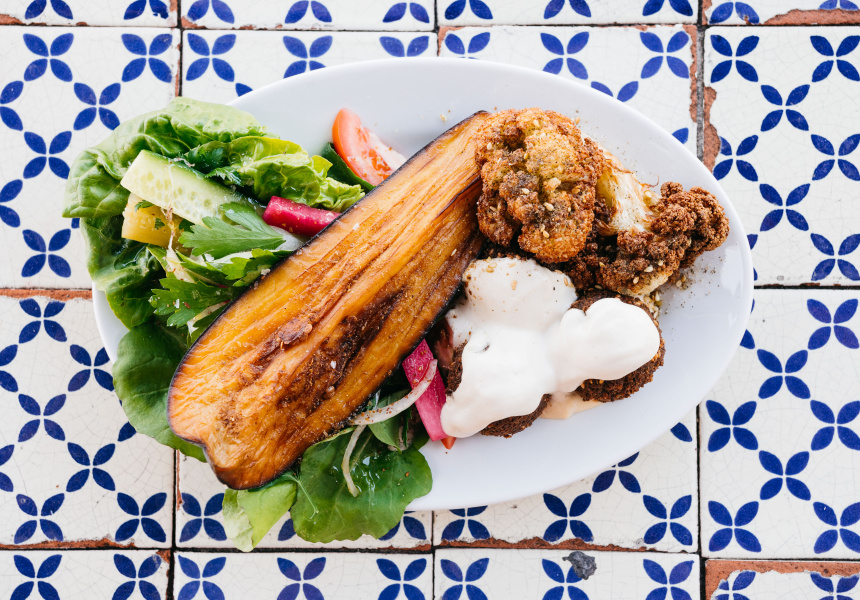 The building now known as Coogee Pavilion has stood watch over the northern end of Coogee Beach since the late 19th century. First it was an aquarium with indoor baths (humans and fish swam separately); then by the mid ’80s it had become the Beach Palace Hotel – a rough-and-ready bar beloved by backpackers. In 2014, Justin Hemmes moved in, and Coogee Pavilion became the crown of hospitality giant Merivale.

And that crown has a lot of jewels. The Pavilion is split into so many separate zones and venues that it’s similar in scope to the Ivy Precinct in the CBD – Merivale’s other flagship project – but all housed in a single building.

The ground floor is designed with families in mind. The mood is casual, there’s woodfired pizzas, a kids menu, takeaway coffees and juices, and games to play, including giant magnetic Scrabble.

It took six years for the Pav’s middle floor to open up to customers. And when it launched at the start of 2020, we got three venues for the price of one.

The first is Mimi’s. Overseen by executive chef Jordan Toft, it’s the most opulent and decadent restaurant Merivale’s ever opened. But despite the high price tags and the extravagant flourishes (there’s a roaming trolley that encourages you to take a “bump” of caviar), Mimi’s never loses sight of its goal to entertain.

The remainder of the middle floor is taken up by Una Más, a light and breezy bar with a focus on tapas-style snacks and wines by the glass, and Will’s, a Euro-inspired cocktail bar that appeals to Mimi’s diners looking to keep the party going with a nightcap.

Finally, there’s the upstairs rooftop, which opened along with the ground floor in 2014. It’s adults-only up here, and is generally one of the best places to party in the eastern suburbs on a weekend. The crowd here skews young, the music is loud, and the drinks are fast and easy. And the views out over Coogee are unbeatable.