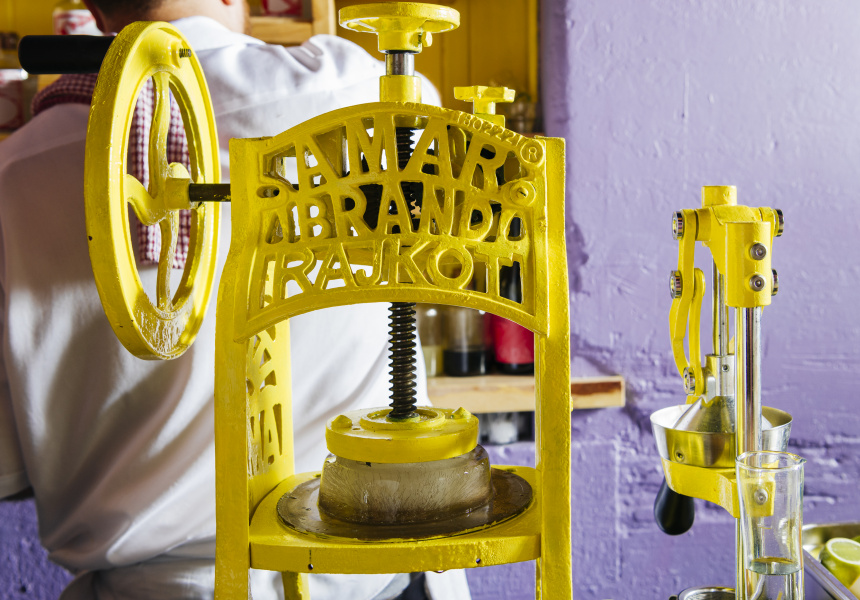 Cantina Ok! is a 20-seat cocktail bar specialising in rare spirits from Mexico. It’s in a tiny garage at the end of a delivery laneway, manned by three jovial and variously bearded barmen in white aprons.

Inside, it’s an earthy-pink and pine-lined room adorned on almost all sides with bottles of clear spirits, an ornate Nepalese ice-carving machine, a few tubs of homebrew liqueurs and not a single stool or chair. The soundtrack usually consists of Afrobeats. All of this is squeezed into a space that would struggle to accommodate a football team.

There’s something special about this place. This is a venue run by people who not only love what they’re serving, but know how to distil that love into fun. The team is Alex Dowd and Jeremy Blackmore, who own another Mexican-spirit-loving bar, Tio’s Cerveceria, and the venue manager, former casual distiller and mezcal PhD student Alex Gilmour (who goes by Happy and is also a former Tio’s manager).

In 2018, the three of them traversed three Mexico states to sample, document and eventually import the land’s most interesting mezcals. These make up the Cantina Ok! menu, which is represented with an astoundingly well-designed, film-shot booklet that lists just one mezcal per page and features works and images detailing how they’re made, who made them and where they’re from. For many people this might be intimidating, particularly considering many people don’t even know what mezcal is – but don’t worry, trust the team to look after you.