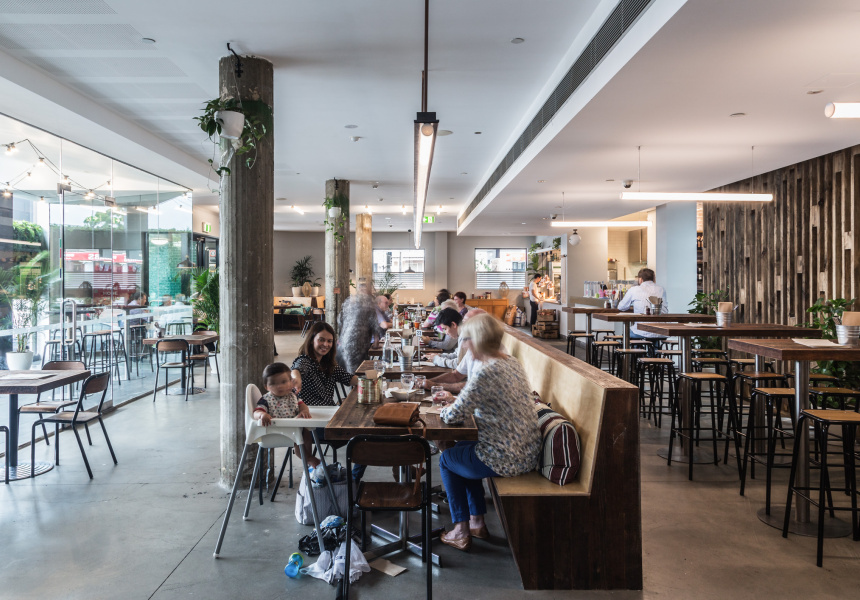 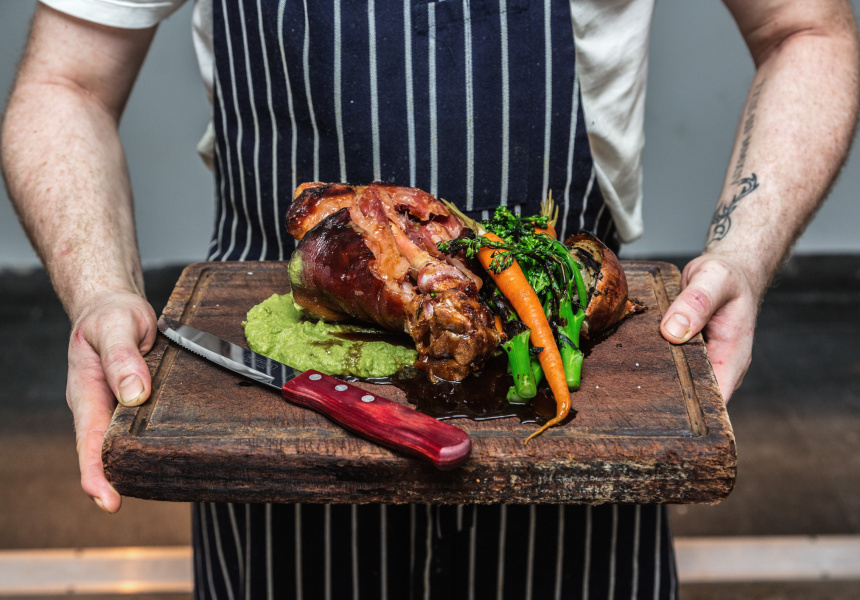 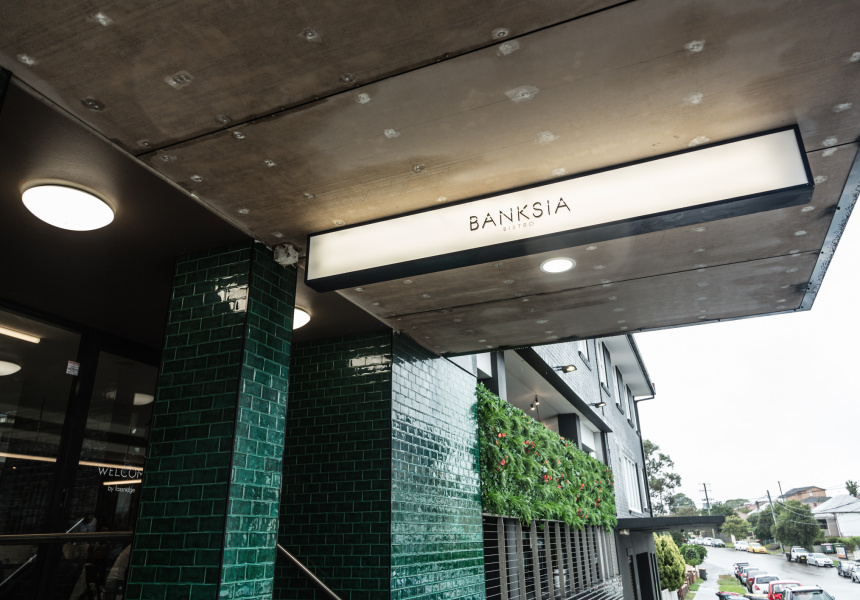 When his friend Colin Fassnidge (4Fourteen) asked him to partner to open Banksia Bistro, chef Leigh McDivitt (3 Weeds) had to look at a map to find out where Banksia was.

Banksia is a nook of a suburb, along the Princes Highway between IKEA at Tempe and Rockdale. While the location might not be familiar to many, Banksia Bistro’s menu is. With the exception of the pig’s ear, ham hock, and a comforting Irish stew (a testament to Fassnidge’s mother country), you’d find most of the menu replicated at any neighbourhood pub. The difference is that Banksia Bistro’s dishes are superb.

They ought to be. Both McDivitt and Fassnidge have a long history in Sydney’s gastro-pub scene. Chicken schnitzel is made with Thirlmere free-range chicken crumbed in panko, parsley, parmesan and quinoa, which helps keep the batter from getting soggy after cooking. The burger is made with premium beef mince and served on a steamed potato bun that’s light and full of flavour.

McDivitt ascribes to a nose-to-tail philosophy of cooking, which aims for no waste. To that end pig’s ear schnitzel is on the menu, served with a tangy salsa verde.

The restaurant has had a major facelift since its days as Number One Thai. Monarch Hotels Group bought Banksia Hotel in late 2015, and has renovated the entire building.

The bistro floors are polished cement. A long wood banquette separates the bistro from the bar area, busy with TV-screens playing whatever sports game is of the moment. There are booth seats, a handful of large communal tables that seat a dozen guests who might come for lunch a la carte, or to share a roast suckling pig.