Walking the City of Forking Paths

Experience an augmented reality in The Rocks as part of the Biennale. 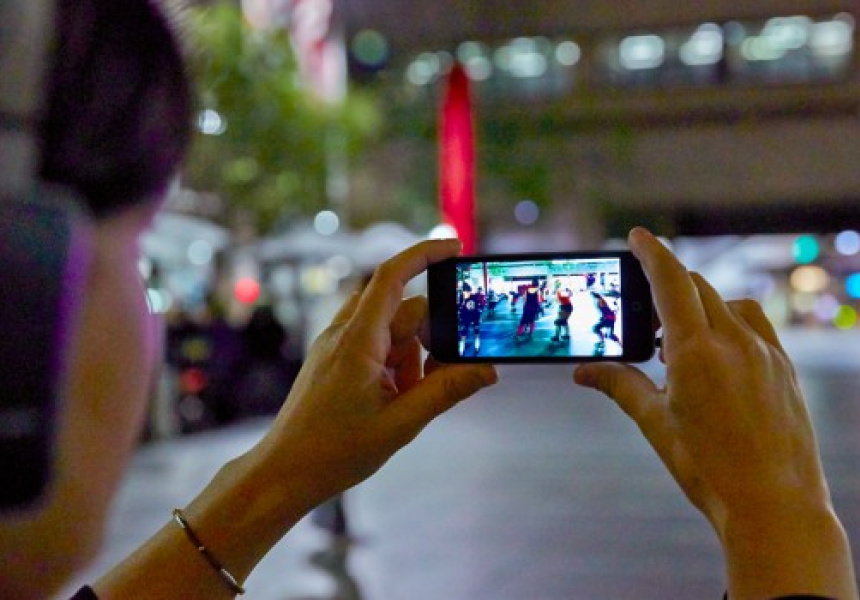 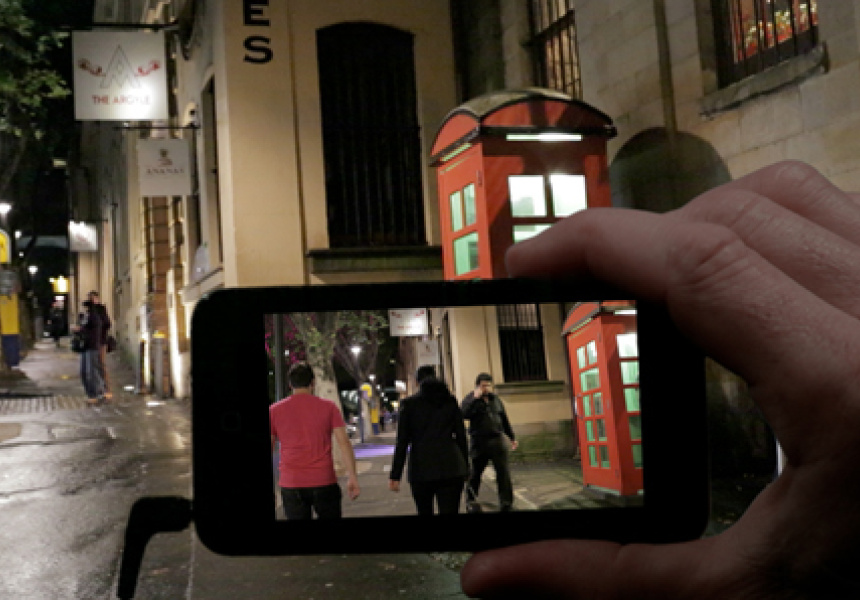 While the idea of a guided walking tour through The Rocks does seem like an activity best left to tourists, the Biennale of Sydney’s City of Forking Paths augmented reality tour is not the tacky audio-guide you might be expecting.

The City of Sydney commissioned Canadian artistic duo Janet Cardiff and George Bures Miller to create a location-specific audio walk as a part of a new legacy-based program that will commemorate each biennale with a permanent public artwork.

City of Forking Paths allows you to step into an alternate reality, one eerily matched to the actual world around you. With noise-cancelling headphones and video shown on an iPod Touch, the hour-long walk begins at Customs House at dusk and winds a path up through the cobblestone alleyways of The Rocks. As you tread out into the evening, Cardiff and Miller’s visuals mirror precisely the scene before you. Cardiff’s slow drawl Canadian narration sets the pace – the walk is meditative, punctuated with fictional scenarios and musings on the existence of other, parallel universes.

Cardiff and Miller have created a host of similar location-inspired augmented reality tours in cities throughout the world. Her Long Black Hair traced the 19th-century pathways of Central Park in New York, and The Missing Voice took punters around Liverpool Street Station in London. The soundscape of each Cardiff-Miller tour has an entirely 3D effect. The artists use binaural audio with layers of sound effects, music, and voices across the main walking track. An extensive editing process combines filmed scenes, sound effects and video effects to create an immersive and in-depth other reality as you stroll.

iPod Touches and harman/kardon headphones by are available to loan from 1 May from Customs House, The Rocks.