Overlooking Wynyard Park, one of Sydney CBD’s few stretches of prized green space, is a new and innovative workspace, shared by many. 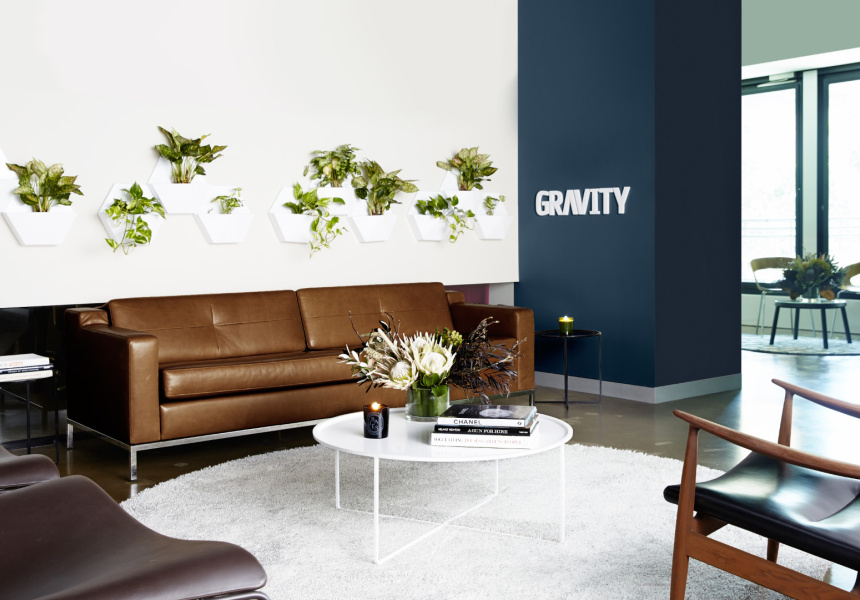 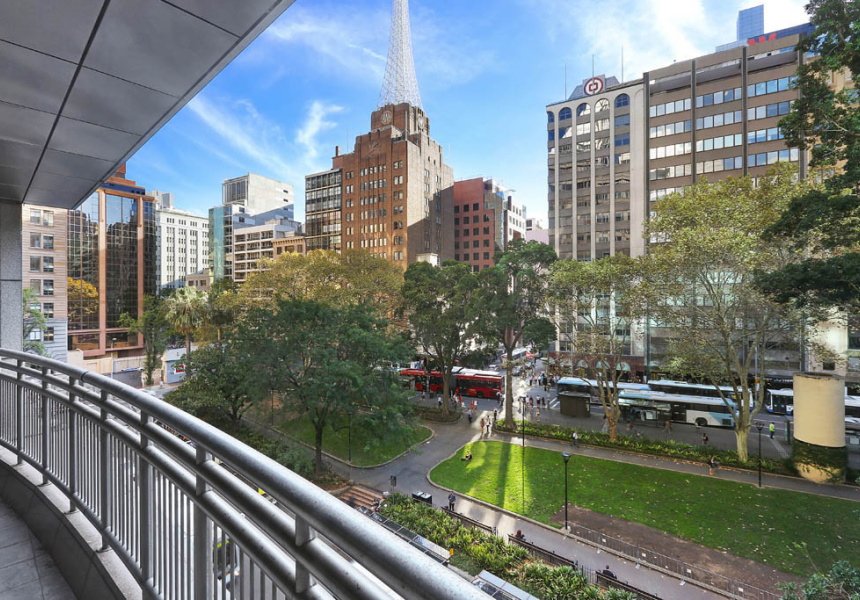 The elevator doors open on level three of 50 Carrington Street to reveal a light-filled expanse humming with activity. This is Gravity, one of the CBD’s few dedicated office-sharing spaces.

The modern iteration of the co-working concept emerged in San Francisco – not surprising considering the city’s proximity to Silicone Valley, spiritual home of the start-up. Since then, co-working spaces have cropped up in every major city around the world.

“My husband [Sergio Pires, Head of Valmont] and I spent time in Portugal and London and visited a couple of co-working spaces our friends were working out of,” Esdaile tells us from across Gravity’s boardroom table.

Once they got their, “heads around what the concept was about and how it was changing the workforces in those countries,” the enterprising duo started investigating the concept in Sydney. What they found were a number of spaces located on the outskirts of the city, in suburbs such as Surry Hills and Alexandria, mostly catering for either the tech crowd or university graduates.

Esdaile quickly realised there was a market, “for second-, third- and fourth-time entrepreneurs and a co-working space that was more high end.” Something the Sydney CBD in particular was missing.

“We imagined when we first opened the space that it was going to be mostly sole traders and entrepreneurs and that maybe they’d have one or two staff members with them. We’ve actually found that we’ve attracted small businesses more than anything.”

Many of its tenants are, “fours, sixes and eights”, drawn in by the flexibility of having a fixed-cost office space that can grow and contract with their businesses.

“A traditional co-working space is all about people sharing ideas and pitching to one another, bouncing off each other’s great creative vibes. We’ve definitely incorporated that into the Gravity space,” says Esdaile. What she hopes is a point of difference for Gravity is the breadth of business knowledge gathered under its roof, forming an invaluable resource for less-experienced members.

“We have a network of people who are second, third and fourth-time entrepreneurs, so you’re actually able to use some of the members as mentors when it comes to ideas you might have for your business, or dilemmas you might have,” she says.

Esdaile, as a trained interior architect and designer, planned and designed the space herself. “The reason I took it on personally was that it was important to set the tone for the space.”

A focus on first impressions – “Not only for our members but also their clients who are coming in,” says Esdaile – led to the creation of a polished industrial-style space with careful attention paid to detail.

“It was very much about a more luxe offering,” she says. “Lots of texture, richer finishings. The boardroom table is timber, we’re sitting on leather chairs. You’ll see there are injections of colour but it’s still quite pared-back.”

Aspects of Sydney’s identity, such as its love of the outdoors, also directly informed the design.

The office’s balcony overlooking Whitlam park is a huge drawcard. Outdoor influences are also applied to the inside space with wedges of green done with real plants that will change the look of the space as they grow. Universal access to natural light was also a priority.

The shared kitchen space is another nod to Sydney’s personality. “Sydney people love to socialise,” says Esdaile, observing that networking and sharing services is often how people grow their businesses here. The kitchen breakout and front-of-house facilities occupy a central location in the office, forming a hub, “where everyone can come together, to really meet, and socialise and connect.”

Local artist Dion Horstmans was commissioned to create artworks for both the open-plan areas and the two individual meeting rooms. Horstmans rotates the pieces every few months, “Almost like an installation,” says Esdaile.

The office furniture is all Australian designed and manufactured. “That’s a luxury element, because it’s not just cheap, imported, whatever we could find on the shelf,” says Esdaile.

She plans to open co-working offices in Brisbane and Melbourne this year. These spaces will also reflect the cities they are in.

Melbourne’s established business networks will see its Gravity space take on, “an old club atmosphere,” whereas Brisbane will be more informal in design, says Esdaile.

“The finishes will be quite light and bright and fresh,” she says. “Things run at a different pace up there.”