We’re getting to know a few creative couples around town that span a cross-section of inspiring careers and ambitions. For Tamsin and Patrick Johnson, their shared love of design creeps its way into every corner of their life and home. 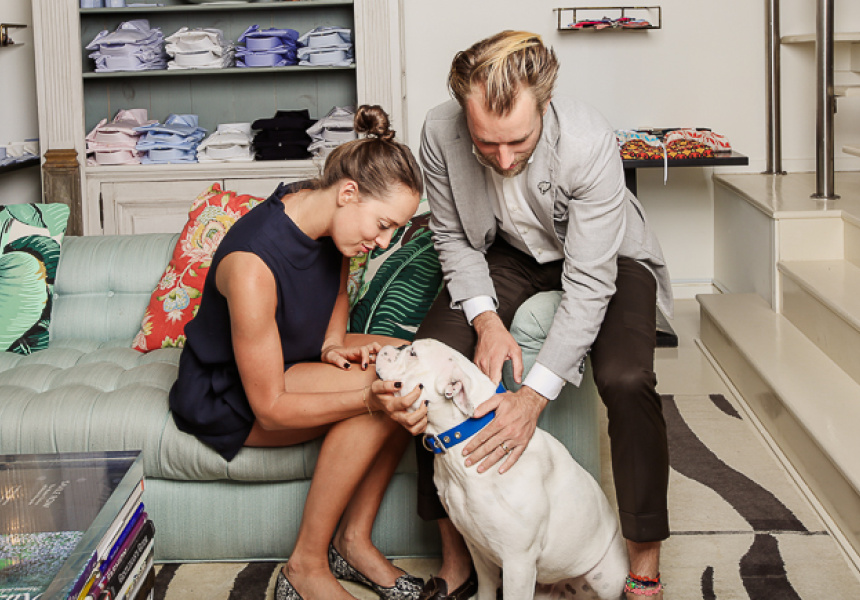 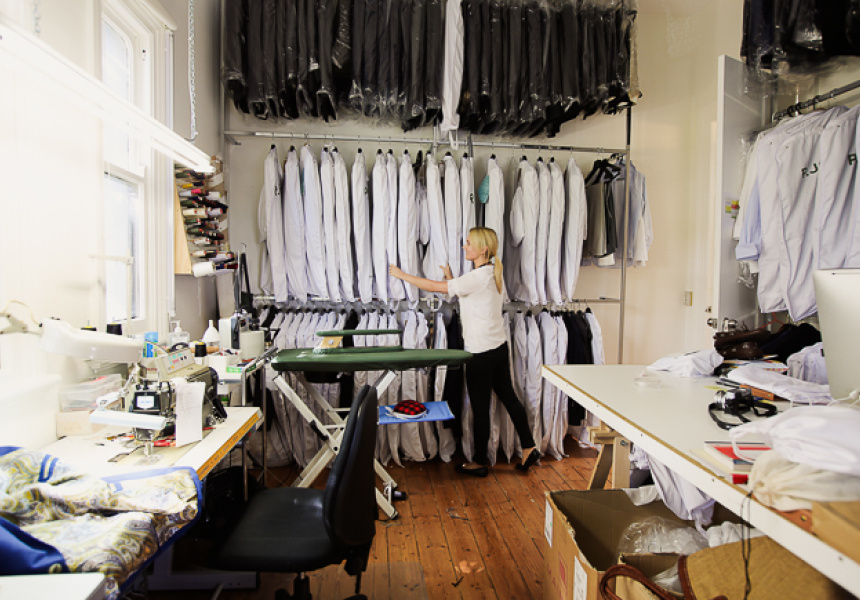 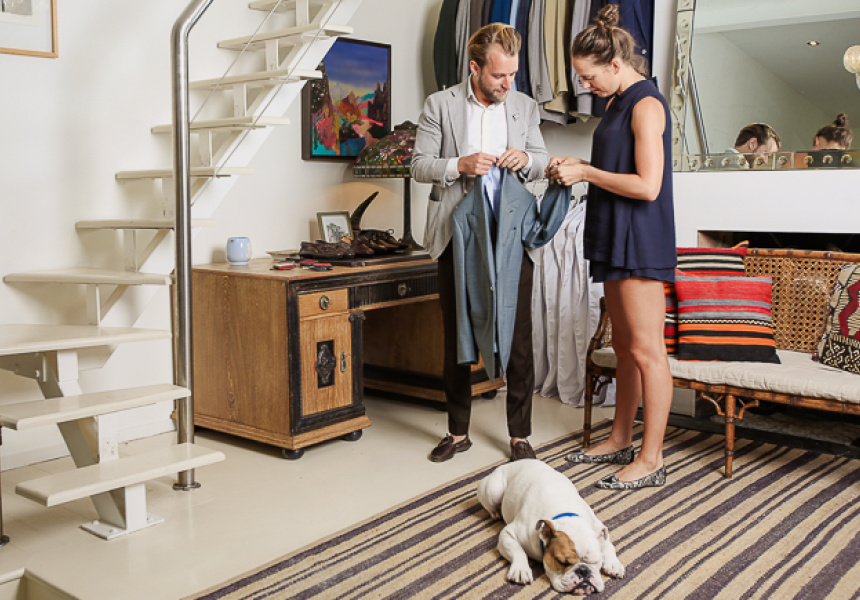 Sitting down to interview Tamsin and Patrick Johnson is a pleasure for any writer. Thoughtful, charming and articulate, they welcome you into their world without hesitation and by the time an hour has passed, you’ll more than likely have planned a new life as their protégé. Patrick, a witty and impeccably stylish tailor and his wife Tamsin, an interior designer who has just launched her own business, comfortably lounge about in their newly appointed office, which used to be their home.

Upon settling in Sydney four-and-a-half years ago, after studying and working in London, the couple decided to live and set up shop in the same space. Downstairs, P.Johnson Tailors’ Paddington store was strictly business, while upstairs was home. Over time, the business grew and the couple moved out of the showroom. But now, with the launch of Tamsin’s interiors business in early March (Tamsin Johnson Interiors), Tamsin and Patrick are working together in their former home on their respective businesses. “I was going to work from home but I thought it’d be a bit lonely” says Tamsin. “I was at Darlinghurst-based firm Meacham Nockles McQualter for the last four years and when you’re chatting to people all day and then go straight to working alone in an apartment I think it would have been quite difficult.” Patrick is also thrilled about his new Paddington office companion, admitting he often sets up his computer in her office (their old bedroom), so they can work together.

On her move from Meacham Nockles McQualter, Tamsin explains: “I’ve always thought the day to make a change is when you stop learning, but in reality you're learning every day, so I thought it was time to start my own business. I also had a couple of great clients to start with, which cemented my decision with some security.” Working for herself, Tamsin’s days are “much the same as before but [with] more admin and accounting. Being a small business, I have to do everything. But it’s great – it just requires attention to time management.”

Time management is also a huge part of Patrick’s day. Working from 8am to 7pm, six days a week, he’s “much more productive in the morning,” he says and tries to “cram the important things in then”.

Patrick says that “I go to Melbourne once a month but have a partner, Tom Riley, who runs the Melbourne side of the business from our showroom in South Melbourne… We try and keep it structured but in reality [we talk] about 10 times a day. We do all of our travel together, both international and interstate trips, which is a good time to go over the bigger issues and long-term planning.”

Another integral part of the couple’s shared workplace is their inquisitive and rather photogenic bulldog Hector. “I love having a dog around, it lightens it up,” says Patrick. “Buying clothes for men is often unenjoyable for them and you need to take the intimation out of it.”

For the Johnsons, inspiration can be sourced from anywhere. For Tamsin, her ultimate interior designers and architects are: “Jacques Grange, who did lots of work for Yves Saint Laurent, and Gert Voorjans who did the Dries [Van Noten] store in Paris. It’s a great mix of old and new things, textures and art.” She especially loves “all of the modernist buildings such as the ones in Palm Springs” (their next holiday destination). But staying local draws inspiration too. “We love the Opera House,” says Patrick. “It’s an incredible building and to have that in Sydney and know the history, all about [Danish architect] Jørn Utzon’s vision and the struggle he went through – it’s really incredible.”

Patrick cites Coco Chanel, Yves Saint Laurent, Prince Charles and Italian industrialist Giovanni Agnelli and his grandson entrepreneur Lapo Elkann among his style icons. However, it’s the couple’s current home that influences both his and Tamsin’s work the most. “We’re in a pretty unique situation in Australia…a lot of my clients may not have ever worn a suit before,” says Patrick. “It’s bloody hot here and we wear our suits very differently,” he continues, noting that the proximity of the city to the beach has an influence on his outlook, something that Tamsin doesn’t take for granted either. “It’s so easy in Sydney,” she says. “You’re never too far from somewhere beautiful.”