Melbourne's nocturnal arts festival, White Night, is back this weekend, and we've put together a rough itinerary of must-see events and works to take you from dusk ‘till dawn. 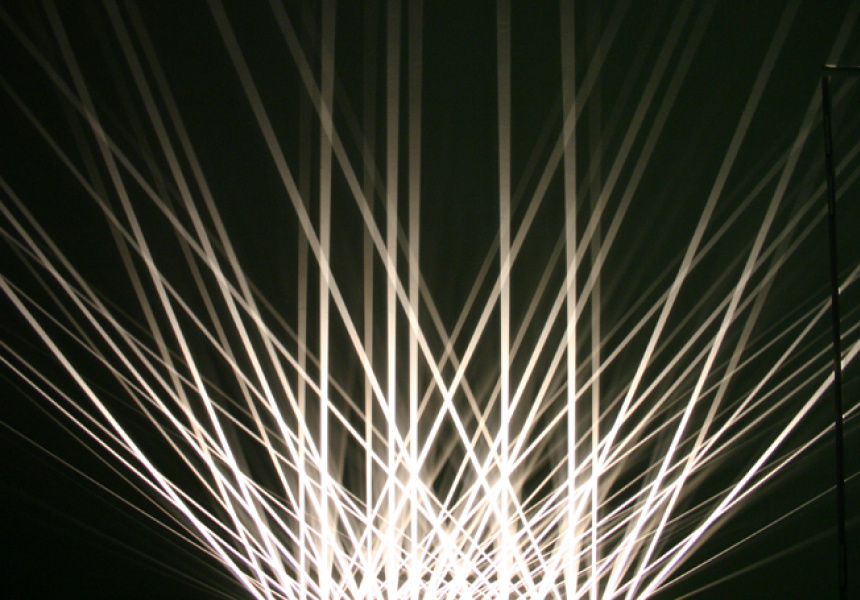 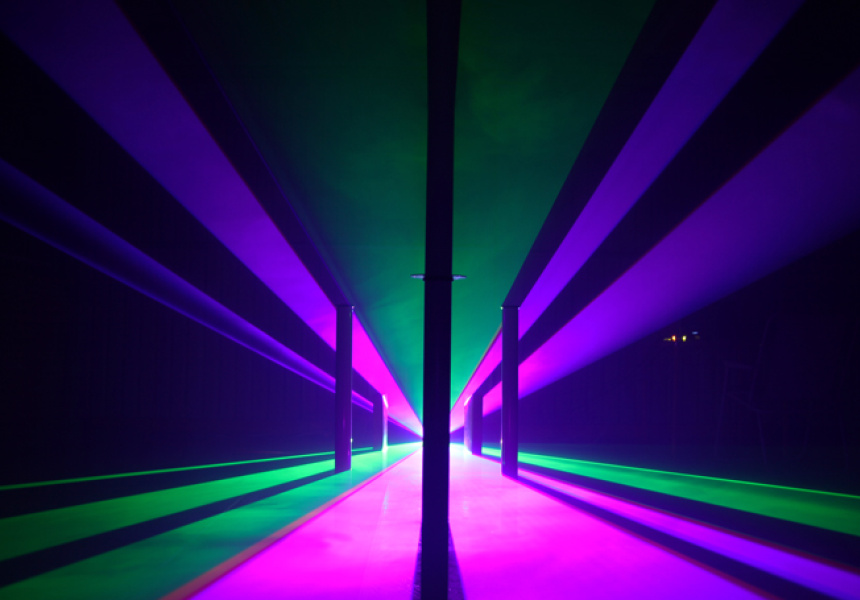 Showcasing the extraordinary creativity of Melbourne folk, White Night Melbourne will liven up many of the city’s streets with an all-night celebration of culture of all sorts – from music and film to fashion and design, and even sport. If you're flying down to attend, here's how to tackle it best.

7pm
Bells, Bells, Bells
Hear the bells at St Michael’s Uniting Church, St Paul’s Cathedral and the Federation Bells chime in unison to signal the start and finale of White Night. Make a visit to the NGV International where you can see the Melbourne Now exhibition, listen to the music outdoors, or get the kids busy with some family-friendly activities. On your way out, don’t miss the Tattooed City projections on the walls of the NGV. Alternatively, if you want to start big, head straight to Client Liaison at the Northern Lights Music Stage and boogie to some synth-pop-meets-swing.

The skies will be starting to darken enough for the Wonderland precinct to start lighting up properly. See as your usual commute route and its office buildings are transformed into a moving mass of light and colour by The Electric Canvas. Head towards RMIT to check out Purple Rain and be absorbed in the amazing visual and sound installation.

Biomedical animator Drew Berry has blown up images of human virus cells a billion times and animated the cells into a giant 360-degree projection that will be projected on to the State Library’s dome. Herpes, HIV, papilloma, polio, small pox and the flu are never nice things to think about, but you’ll be amazed at how fascinating and even beautiful these nasty diseases can be when shifted from a medical narrative to an artistic one. If all that microbiology makes you hungry, Taco Truck, Beatbox Kitchen and more food trucks will be waiting in the Wonderland precinct.

10pm
Get Creeped out at the Cabinet of Curiosities

Among the spectacles in this over-18s-only venue at the Forum Theatre will be Lisa Roat’s Monkey Heart featuring footage from her own heart surgery and gnarly videos of artist Stelarc’s body suspension acts and videos of surgeries he’s done to his own body.

Check out the Crepuscular Beam by Paul Collison and Russell Goldsmith. Not unlike Hobart’s tower of light by Ryoji Ikeda switched on as part of Dark MoFo last year, visitors will be able to walk through the lights at Alexandra Gardens and the light will be visible for miles out of the CBD. Also check out The Vortex – a portal of light on the Southbank Pedestrian Bridge guiding your way to south of the river.

12am
Boogie down at I Could Have Danced All Night

Featuring 12 different styles of dance from Bollywood to West African, midnight is all about go-go as dancers from Anna’s Go-Go Academy bust a move on stage and take you through each shimmy and groove.
After that you surely will have worked up an appetite for a midnight snack. There are plenty of eateries that will be staying open (subject to demand on the night), including Chin Chin, Nieuw Amsterdam, Shebeen, The Toff, Supper Inn and plenty more; along with scattered mobile food vendors like White Guy Cooks Thai, Smoking Barry BBQ, Hoy Pinoy and Yogurddiction.

1am
Jazz sounds best after midnight. Boasting some of the best jazz musicians in the country (Eugene Ball, for starters), The Hoodangers bring a bit of everything from turn-of-the-century New Orleans jazz to pop, but always with a vibrant energy. They’ll be taking the J + R&B Music Stage at Bourke Street Mall from 1am.

2am
Spend a good hour or two at ACMI. Entry is free to the ongoing exhibitions as well as the ones held for White Night. Get euphoric at the Vladmaster Viewmaster Experience. Everyone in the audience will be handed a ViewMaster viewer and a set of disks. Participants will then be guided through the simultaneous experience with narration, sound effects and cues to change images. After that, sidle over to Title: Sequence, a compiled program of some of the most epic and inventive opening title sequences in film ever produced.

3am
Wander around the bucolic surrounds of the Queen Victoria Gardens and discover Arcadian Reverie, a multi-disciplinary exhibition featuring works from a mix of local and international artists inspired by the pleasure gardens of the 18th century. Take your time with it – there are hidden artworks between flowerbeds and behind trees to find.

4am
Next, check out the FashGif projections nearby at Rainbow Alley where Greta Larkins’ runway gifs will be taken off Tumblr and onto to the streets. Then make your way down to Young Prayer, an installation that will involve an electric guitar repeatedly lifted and dropped in a bizarre representation of punk and rock’n’roll culture at St Michael’s Uniting Church. We suspect there won’t be much left of the guitar by 4am, but it’ll still be worth seeing.

5am
See authors at work as they reach the last few chapters of The Book Of The Night. Writers will have their progress projected on a screen as they write. At 5am, it will be blogger and online editor of Writers Bloc, Sam van Zweden’s turn.

6am
Fraser A Gorman & Big Harvest is the last act on the bill at the Northern Lights Music Stage, so you know there’s going to be big energy. Walk back along towards the Yarra as the sun rises at about 6.30am, or head towards the Princes Bridge where the illuminated White Night letters will have transformed from monochrome to a full burst of colour.

7am
You made it. As the bells chime for the last time you’re probably feeling a satisfying sense of camaraderie with the sleepy-looking people standing around you. Time to head back and get some sleep (and tell all your friends who stayed home what they missed).

White Night Melbourne is on Saturday February 22 from 7pm to 7am.