Young Guns at the MCA

Virtual reality, the atmosphere post-extinction and sound art. See Australia’s freshest artistic talent at an exhibition that dissolves the space between artwork and body. 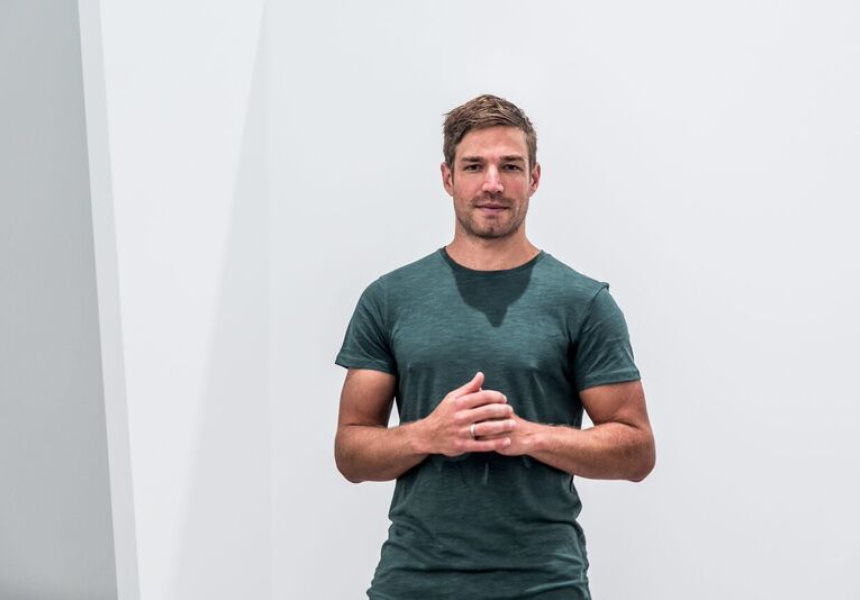 Imagine walking into a gallery and the air smells as it did 250 million years ago. Your movement is tracked by a sound; swelling to greet you as you enter and fading once you pass. The white walls tilt toward you. Does it make you anxious? There are screens periodically embedded, apparatus suspended above, and at the centre, a virtual reality headset waiting to plunge you into an alternate realm.

This is Primavera 2016, and it’s to be experienced with all five senses.

Coming up to its 25th anniversary, Primavera is the Museum of Contemporary Art’s (MCA) annual survey of up-and-coming Australian artists aged 35 and under. Each year a guest curator is appointed to produce the exhibition and choose a theme or concept, then source the artists. This year it’s Emily Cormack, who has previously curated Gertrude Contemporary in Melbourne, and more than 50 Australian projects, as well as exhibitions overseas.

Cormack has assembled a sensory show based on embodied cognition, “which posits that the creation of knowledge might first begin in the body, rather than in the brain,” she says. By this philosophy, we feel, taste, hear and smell before we think.

Adelaide artist Steven Cybulka’s work is the skeleton of this year’s show. Installed seven days prior to the other artworks, his architectural piece will span the entire gallery space and act as the frame for the rest.
“The installation is meant to support the other works and antagonise or accentuate different parts of them,” says Cybulka.

Cybulka’s white walls lean; enclose; they manipulate the way the body moves through the space, forcing the viewer to navigate the path he has laid out for them. Made of timber frames covered with gyprock and plaster, then sanded down and painted white, the form becomes part of the gallery.

“What I’m trying to explore is how straight geometric lines can elicit a nervous experience from your body,” he says.

With a 10-year background in building, Cybulka made the move to art school after a string of debilitating back issues put him at a crossroads.

“I went overseas for a few months, to a surf camp in Morocco and to Israel and Egypt. I’d always done painting and drawing, so when I came back I started at Adelaide College of the Arts,” says Cybulka.

His career in building, as it turned out, had been his training ground. “It’s like learning a scale; I’ve got all the skills, I know all the notes but in art you can use them in a different way; you aren’t constrained by plans,” he says.

Cybulka is intrigued by composition. His practice is an investigation into the way shapes can fit together; how subtle angles and lines can affect the viewer; how certain materials can spark emotion. His work straddles the line between sculpture and architecture, just as Primavera 2016 dissolves the space between artwork and body.

Sydney-based artist Emily Parsons-Lord has created an air compound that mimics the carbon-dioxide heavy molecular composition of the atmosphere at the time of the Permian-Triassic extinction.

If you’re still breathing, you’ll find that sounds and projections respond to your every movement. The exhibition does not place emphasis on the visual but rather, says, Cormack, “each of the works provides opportunities for the artwork to communicate directly with the viewer’s body”.

Primavera runs from September 29 to December 4 at the Museum of Contemporary Art. Admission is free.