You, an Empty Cinema and a Breast-Shaped Messina Choc-Top

This 10-minute film is intended to prompt questions about female representation in pop culture. 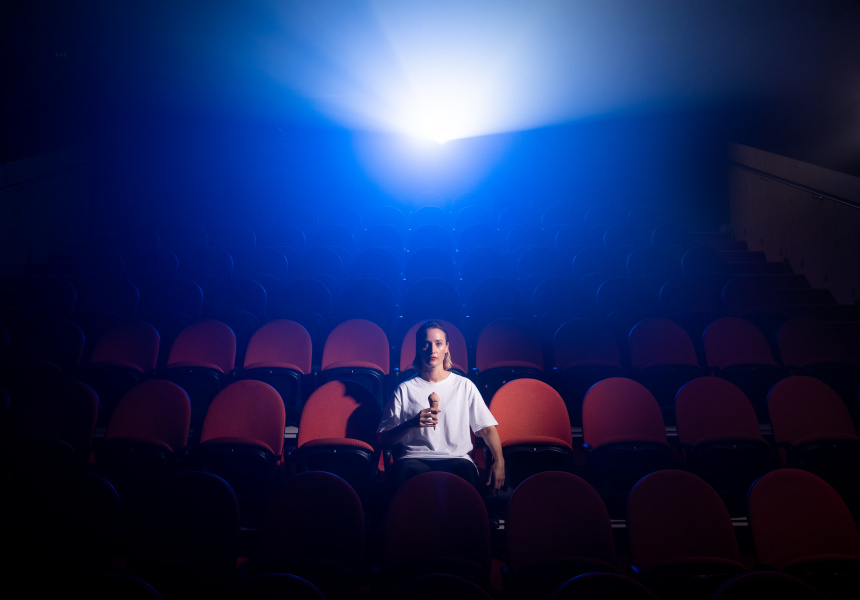 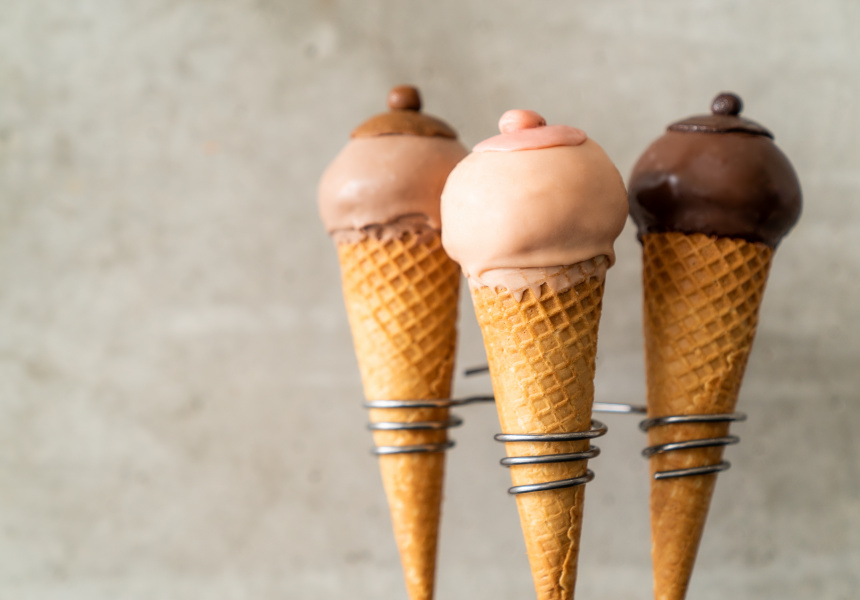 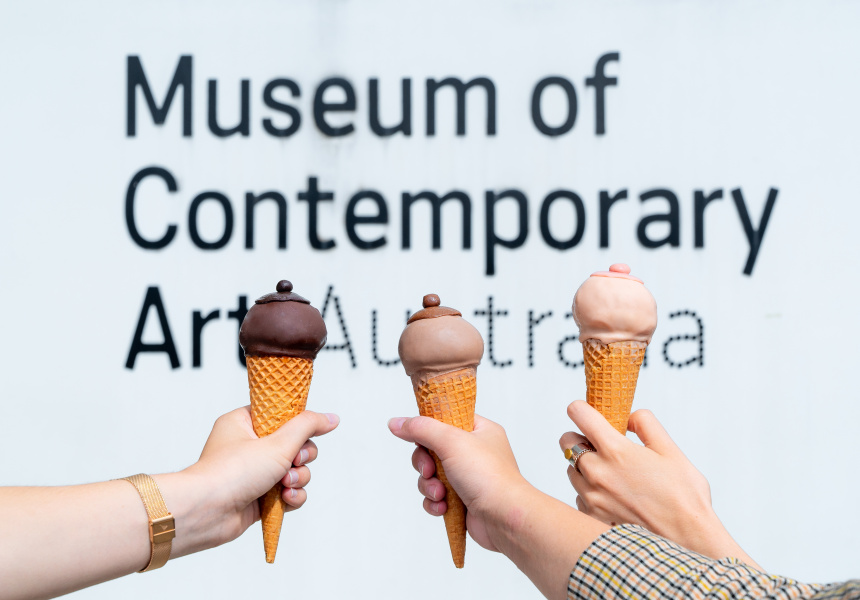 An Australian artist is using the movie-going experience – replete with the humble choc-top – to prompt questions about gender, female representation and cultural norms.

Willoh S Weiland has created Lick Lick Blink, a 10-minute video that will be screened at the Museum of Contemporary Art as part of The National 2019: New Australian Art exhibition (opening March 30) – and it’s got a couple of twists.

The first is that, before you enter, you’ll be given a choc-top crafted by Gelato Messina. This isn’t your standard choc-top, though: each cone is topped with a scoop of ice-cream made with milk gelato, milk jam, milk Chantilly cream and milk crumbs encased in milk chocolate – then finished with a chocolate nub to look like a nipple. It comes in a variety of shades to reflect a diversity of skin tones – something often lacking in mainstream cinema.

Twist number two is you’ll be in the cinema alone. The final twist is that the film you’ll be watching features only women, who Weiland recruited from the Older Women’s Network (an organisation focused solely on older women and the issues that affect them).

“[The work] is for one audience member at a time and it’s looking at the consumption of the female body on screen,” Weiland told Broadsheet. “The idea of the performance is to look at cinema as a social space, and how it uses gender and cultural tropes.”

Weiland’s work was inspired by the #MeToo movement and the Bechdel test – a measurement that highlights female representation (or lack thereof) in pop culture. The uncommon sight of only women on-screen is meant to confront viewers.

“Cinema is loaded, it’s sexy and it comes with a lot of baggage ... To go into a cinema by yourself is a luxury and a pleasure. And being alone in a social space is transgressive. By going into the cinema alone, it magnifies personal responsibility,” says Weiland.

She collaborated with cinematographer Sandi Sissel for the piece, who has worked on many films including Salaam Bombay! and Master and Commander.

Weiland says the purpose of the choc-tops is to encourage viewers to examine how they consume women’s bodies. She worked closely with Messina to ensure the nipples were inclusive of all skin tones. “It’s got to be diverse,” she says. “You can’t just have white women, white tits.”

Asked if she thinks the appeal of a Messina ice-cream will attract people who might not otherwise participate in an artwork like this, she answers, "That's the hope. I'm into that factor a lot."

Lick Lick Blink is being presented as part of the second instalment of The National, a six-year project encompassing three shows at three galleries every three years. It features more than 100 emerging, mid-career and established artists.

Lick Lick Blink will be screening at various times and dates at the MCA from March 29 until June 23. Bookings are available from the MCA reception on level one.

What's the Deal With the Eccentric Sculptures On Top of Marrickville's Shops?