Anna Schwartz presents a video installation by South African artist Candice Breitz that studies the culture of the fan – with a post-Beatles John Lennon as its subject. 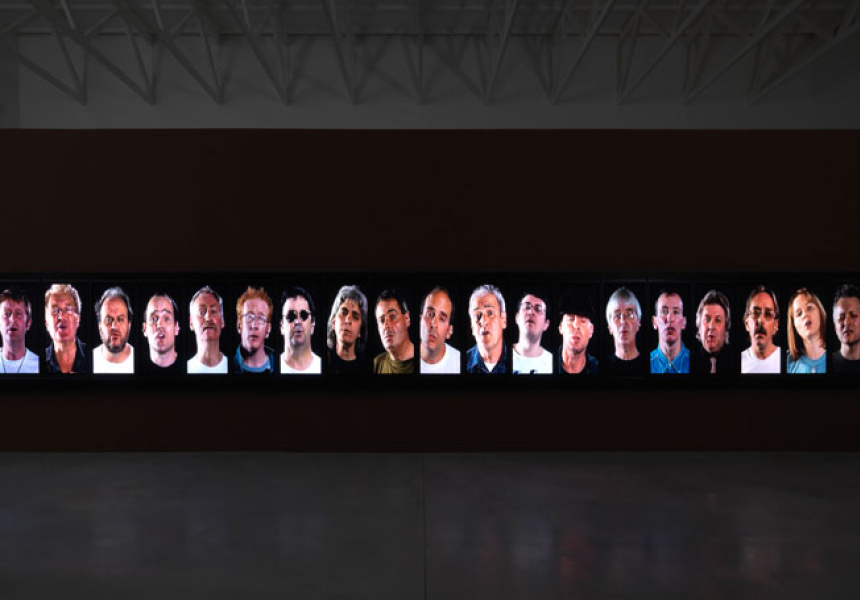 This ‘portrait’ of the album forms part of Breitz’ ongoing investigation of fandom, which began in 2005. Each work places a musical icon at the centre, beginning with Legend (A Portrait of Bob Marley), filmed in Jamaica; King (A Portrait of Michael Jackson), shot in Berlin; Queen (A Portrait of Madonna), in Milan; and finally Working Class Hero (A Portrait of John Lennon), produced in Newcastle in 2006. The portraits are all bound by the same conceptual framework.

Breitz explains that each work “investigates the relationship between a particular icon and a cross-section of people drawn from the community of fans who sustain that icon”. With Working Class Hero, Breitz wanted to explore a moment that perfectly embodied Lennon’s solo career. She says Plastic Ono Band is an album that not only personally resonates with her, but represents a particular moment in pop history when content was given priority over production values.

The filming of Working Class involved 25 volunteers who responded to ads in newspapers, magazines, fanzines and online and were selected from hundreds, following a rigorous procedure designed to select those volunteers with a strong and meaningful relationship to the music. The fans are bound by the sincerity of their performance and were professionally recorded with minimal directorial interference from Breitz, who comments that “some sang and danced like there was no tomorrow, others shyly fought their way through the experience”.

“The figure of the fan is at the centre of our culture of consumption and comes to personify one of the epic struggles defining global capitalism: the struggle between a culture, which is mass-marketed, globally distributed and profit-driven on the one hand and…the attempts of the individual consumer to make meaning of it in relation to his/her local and particular experience of the world.”