The three-day mural festival in Wollongong, Wonderwalls, celebrates street art outside of the big city. 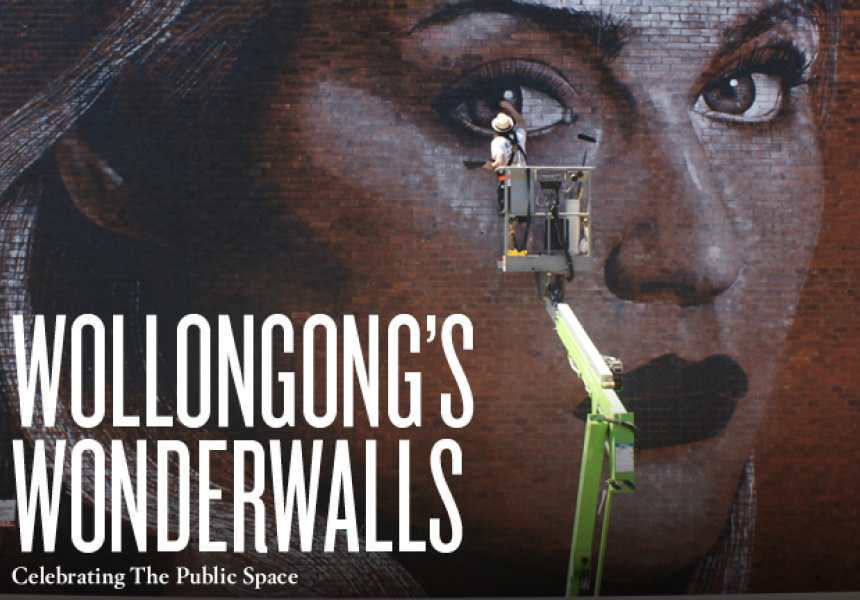 Graffiti is an art form typically cultivated in city streets and on city walls. It exists as a vision of urban life and as a roaming exhibition of the culture and creativity that thrives within the great metropolises of the world. But a part of the joy of graffiti and street art is in discovery – the search to unearth new work on walls previously overlooked. The Wonderwalls festival in Wollongong celebrates walls outside of the big city and offers an opportunity to uncover the subcultures that are blooming south of Sydney’s streets. The three-day mural arts festival will include artist discussions, an exhibition and a series of large scale murals painted throughout the Wollongong CBD. [fold]

Wonderwalls is the work of Sydney-based art collective The Hours, along with Wollongong-based Verb Syndicate. The idea for Wonderwalls started in an email discussion between Simon Grant of Verb Syndicate and Brad Eastman (aka Beastman) after the pair had visited an exhibition in Sydney. “A couple of ideas were thrown around about Brad’s group, The Hours and mine about getting together and painting a couple of walls in the ‘Gong, for a bit of fun,” recalls Grant. “After discussing the idea, it turned out a few extra people happened to be visiting Sydney on the same weekend, so a meeting took place at a pub in Kings Cross about the idea of putting on a micro-festival to house the talent. It was agreed that we should do it, and Wonderwalls was born.”

The festival was held for the first time last year, and with only very little exposure and publicity it managed to attract the attention of Australian street art heavyweights Rone, Meggs and Numskull. “Now in its second year, the event has attracted international headliners such as Smug and Askew and it’s shaping up to be massive event with 13 large-scale walls being painted throughout the Wollongong CBD,” says Grant. Australian born, Glasgow based Smug’s walls are vivid and lifelike - close-up faces in sharp details, bearing severe expressions. New Zealand-based Askew was once a guest artist for Art Basel Miami’s Primary Flight and is considered to be one of the driving forces within the New Zealand graffiti scene. The artist roster for Wonderwalls also includes Sydney’s Phibs and Roach, and Adnate and Wonderlust from Melbourne.

The basic idea behind the Wonderwalls festival was to create an engaging platform that would showcase a positive perspective of street artists locally, nationally and internationally. Also, the Wonderwalls team hopes to ignite Wollongong city as being one of Australia’s burgeoning creative scenes. “Wollongong has always had a strong arts scene,” Grant explains. “It's just always played second to other cities in NSW and Australia, and being a regional centre, has always appeared to sit lower on the creative food chain.”

“Having had such a rich industrial history, Wollongong has never really had a strong national image as a city of the arts and culture,” he adds. “The idea is also to build Wollongong as one of Australia's newest creatives scenes.” The Wonderwalls festival offers up a new set of possibilities for street art discoveries – new walls and new adventures in a virtually undiscovered creative panorama, only one hour south of the city.

Wonderwalls will run from November 8 – 10 at various locations in Wollongong CBD. 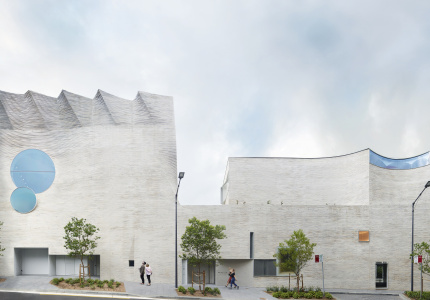