Where to Watch the World Cup

If you’re considering being anywhere but a pub, bar, park or theatre to watch each match live rather than, err, sleeping in, you should re-evaluate. The FIFA World Cup kicks off today, marking the beginning of a month of little sleep for Australian fans separated from the action by an ocean and time zone, but nonetheless gripped by football fever. Venues around the city are opening at the crack of dawn so fans can gather in the wee hours to witness live one of the most exciting and widely televised events in the world. Here’s where to go:

1. Cheers Bar
561 George Street, Sydney
Cheers is a sweaty but lively fixture full of rowdy backpackers and England supporters (often one and the same), and they’re showing every game live in the middle of the CBD. If loud, roaring and disorderly is your bag, then make your way south from Town Hall station towards the corner of Liverpool and George Streets. Aside from being open 24/7, its website proudly boasts “Winner 2013, 2014 FFDU Football Bar of the Year”, whatever that means.

2. Enmore Theatre
118–132 Enmore Road, Newtown
What better place to cheer-on Australia than from inside the hallowed walls of the NSW’s longest-running (pre art deco) live-music venue. For $15 a head, you can barrack and cheer as loudly as you like without disturbing the neighbours. The Enmore Theatre is hosting just about every Australia and Greece game over the group stage on its giant 9 metre x 6 metre screen.

3. Belmore Park
191 Hay Street, Haymarket
Long home to all kinds of public gatherings – protests, festivals and markets among them – Belmore Park will show every Australia game on the big screen out in the open air. Once the overnight chill has lifted and the park has been cleared of its drunk and wayward inhabitants from the night before, fans will find an energetic and family friendly venue at which to support the green and gold. Food stalls will be on site for early-morning sustenance.

4. Pyrmont Bridge Hotel
96 Union Street, Pyrmont
With three floors and 15 screens, there’s time for little else but World Cup fever at the Pyrmont Bridge Hotel. From the same institution that offers a one-kilogram rump steak eating challenge and “burgers as big as your head”, size and scale are important – all 64 games will be screened over the coming month.

5. The Rose Hotel
52–54 Cleveland Street, Chippendale
This Chippendale stalwart is opening early and closing late to accommodate for Socceroos supporters from Sydney’s inner city who are keen to stay away from the madding crowds of George Street. Breakfast and coffee will be served and Brazilian specials will be available from the bistro throughout.

6. The Star
80 Pyrmont Street, Pyrmont
Gambling and sport have gone together for almost as long as the latter has been around. The Star offers what few other venues in Sydney can: a singular, non-stop haven for Socceroos supporters full of glamour, betting, drinking, eating and relaxing, surrounded by state-of-the-art audio-visual technology in the second largest casino in Australia. They’re even calling it the Hyundai Fan Park.

7. The Marlborough Hotel
145 King Street, Newtown
Lockout laws have made it difficult for licensed venues in the city to compete with 24-hour pubs. The Marlborough Hotel, however, is exempt from such restrictions, being an icon of the inner-west. Screening all games across the massive venue, make sure to check out the karaoke bar downstairs at Tokyo Sing-Song or the Shrimp Po’ Boys upstairs at Miss Peaches.

8. The Vic
2 Addison Road, Marrickville
At the western edge of a park in Enmore lies The Vic. With hazy memories of April’s infamous two-up shenanigans still lingering, it’s time to return to this bastion of good atmosphere with a peerless beer garden for the World Cup. Bacon-and-egg rolls will be flying off the grill at $10 a piece and for those willing, wake up with $8 ‘voddies and OJ’, served from 7.30am.

9. Golden Age Cinema
80 Commonwealth Street, Surry Hills
If you need a break from the fervor and thrill of the game, the Golden Age Cinema in Surry Hills is hosting a football-themed film and documentary festival every Wednesday starting from June 18, featuring the likes of Eric Cantona and Zinedine Zidane.

10. The Golden Sheaf 429 New South Head Road, Double Bay With multiple large screen televisions The Golden Sheaf is a great option in the Eastern Suburbs to watch the Aussies take on their rivals in the World Cup. The Sheaf will be open from 2am-5am on Thursday June 19 to watch Australia take on the Netherlands and at 2am on Tuesday June 24 when the Aussies play Spain. 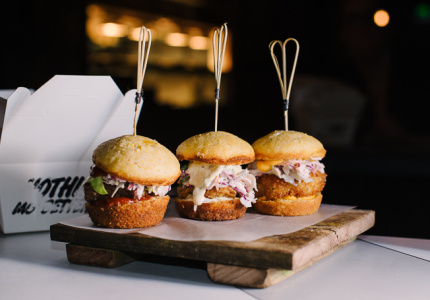