Two drifters are off to see the world in Wes Anderson's new 1960s adventure. 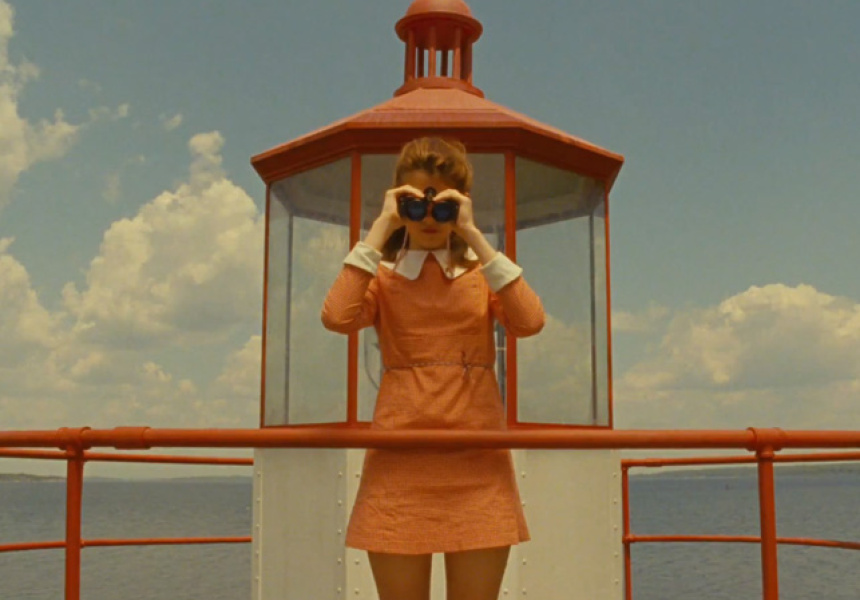 Set on the fictional Penzance Island in the year 1965, Moonrise Kingdom is another slice of irresistible whimsy from Wes Anderson. It follows two awkward adolescents, bookish orphan Sam and 'problem child' Susie, who meet at a school play and strike up a feverish correspondence. They eventually hatch plans to run away together, with Sam escaping from scout camp (overseen by Edward Norton) and Susie slipping away from her uptight lawyer parents (Bill Murray and Frances McDormand).

Armed with Sam's scouting skills and Susie's library of fantasy novels, the pair form an unlikely friendship, making their way across the beautiful island and escaping not just their homes but the onset of the (somewhat depressing) adult world. Meanwhile, an angry troupe of scouts is hot on their trail and a fierce storm is closing in.

Again working with an ensemble cast, Anderson elicits terrific performances from the likes of Bruce Willis as a morose cop, Tilda Swinton as a Social Services officer seeking to put Sam in a juvenile refuge, and frequent collaborator Bill Murray, who is again a picture of world weariness and resignation. Jason Schwartzman has a fun cameo as a scout camp counsellor, while perhaps the most striking performance of all comes from Kara Hayward as the 12-year-old Susie, who evokes a sense of aching sadness in a performance well beyond her years.

Blessed with a distinctive look and some truly sublime visual jokes, Moonrise Kingdom may be too precious for some tastes, but those attuned to Wes Anderson's particular brand of sad, absurd playfulness are in for a treat.

We've got tickets to give away to Moonrise Kingdom. To win sign up to our newsletter here and email us at sydney@broadsheet.com.au with your name and mailing address.