The City of Sydney wants to heritage list more than 60 old factories and warehouses. We take a look at these sites and find out what it means for Sydney’s suburbs. 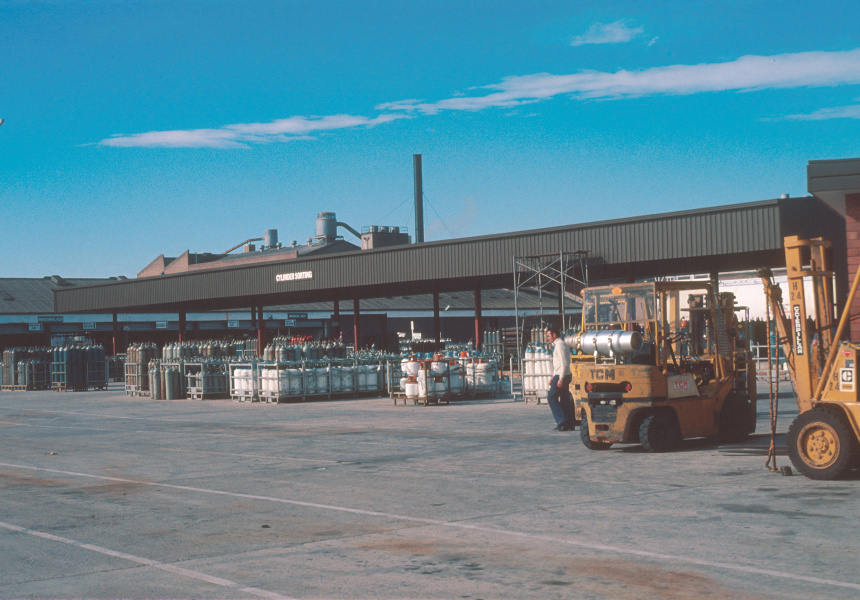 Sydney was once one of the largest industrialised cities in the South Pacific: in the 1940s, manufacturing overtook farming and mining as the country’s main employer. Today, many old factories and warehouses remain scattered around town, reminders of this industrial past and now covetable places to live, work and play. Squint and you can just about imagine machinery churning out reams of textiles, strips of chewing gum and boxes of ice-cream cones.

During the ‘70s, Sydney city planners had their sights so firmly set on renewal that many historical buildings were torn down to make way for new ones. Where Sydney once had 28 old-school movie palaces, it now has three (State Theatre, Capitol Theatre and The Hayden Orpheum Picture Palace), and even the Queen Victoria Building was considered an eyesore and earmarked for demolition.

While Sydney is still a city in flux and development – Parramatta Square, billed as Western Sydney’s Martin Place, is now in development – preserving the integrity of the past is now higher on the agenda. The historic Rozelle Tramsheds are being regenerated as Sydney’s next food destination and creative complex Precinct 75, based in the old Taubman’s paint factory in St Peters is presenting a new model of co-working and community.

In recognising the character and cultural resonance these sites lend to an area, the City of Sydney council has proposed to heritage list 62 industrial warehouses. It recently opened the topic up for public feedback; now it is reviewing submissions and will report the outcomes to the council and Central Planning Committee.

The council’s list was arrived at after a team of heritage, history, architecture, archaeology and planning experts spent a year surveying more than 450 industrial places across Sydney; identifying the structures of greatest integrity and historical value. The majority of the buildings were built between the 1920s and the 1950s – Sydney’s peak period of industrialisation.

Key sites include a former factory for the Sydney Confectionery Company dating from 1926 on Egan Street in Newtown. During the inter-war period it manufactured ice-cream cones and you can still see its prominent original signage.

Between 1914 and into the ‘70s, the David Jones building on Marlborough Street in Surry Hills produced clothing, furniture, luggage, homewares and kitchen fittings, and Grace House on Kent Street was one of Sydney’s first skyscrapers.

Anyone passing through Camperdown can’t fail to notice the Chesty Bond mural painted on a tower. The former home of the Bonds Industries complex was built in the 1920s and was producing textiles into the ‘80s.

There are also a number of significant sites in South Sydney. The Q Store on Bourke Road in Alexandria was purpose-built for the NSW government and designed by Harry Seidler, and the Wrigley’s chewing gum factory in Rosebery – inspired by Chicago skyscrapers – is evidence of the former confectionary precinct that once defined the area.

“We know there’s a lot of renewal happening in southern Sydney,” says Sally Peters, central Sydney planning manager for the City of Sydney. “I think that creates a lot of opportunity for innovation as the area redevelops. Interesting things have happened there already – with former substations being converted for use as cafes, for instance – and there’s a real opportunity there to maintain a connection with the industrial past.”

Property developer and owner of Precinct 75 Jason Varker-Miles explains what a heritage listing means for a building and its surrounding suburb: “It’s an important mechanism in ensuring the preservation of local areas and further ensuring the fabric of our city does not become a canvas of new buildings with no consideration for the aesthetic or history of an area.”

“While a heritage listing does not preclude a site or building from being redeveloped,” he continues, “it ensures the key historic elements are preserved. Any development is sympathetic to these elements and the surrounding area.”

Heritage listing helps Sydney’s suburbs maintain strong identities and distinctive characters. While it doesn’t necessarily mean a takeover of cool cafes and converted art spaces, what is ensured, says Varker-Miles, “Is that each of these old industrial properties will be unique and interesting.”

Check sydneyyoursay.com.au/industrial-and-warehouse-heritage-listings-and-conservation-areas for the final outcome.