Visit: A Blue Mountains Gem and Workshop Encouraging a Sustainable Way of Life

Learn how to make (almost) everything available in store. 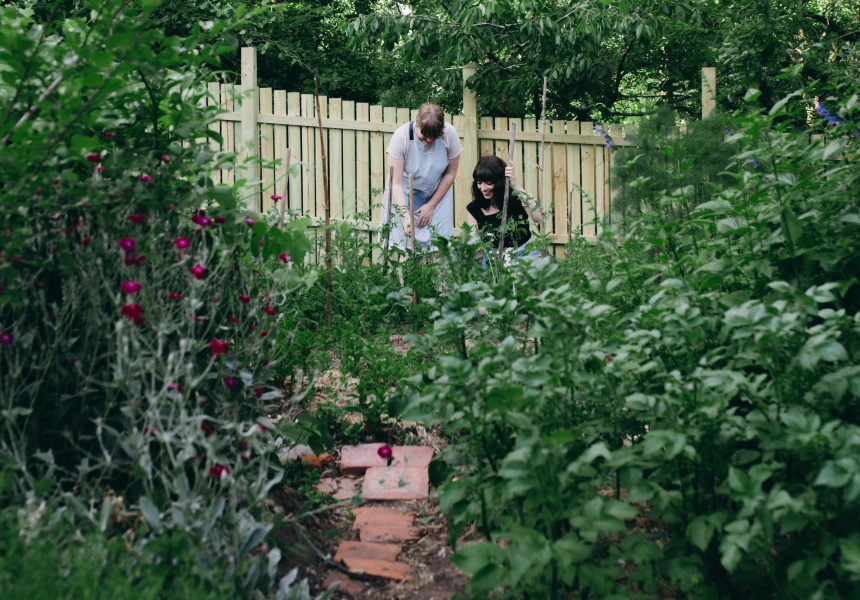 There’s no shortage of movements pushing for more positive outcomes in the way we eat, drink, shop and live. Lyttleton Stores in the Blue Mountains is one such initiative – except that instead of focusing on one aspect of sustainable living, it tries to cover them all.

Its founder, Jacinta Carmichael-Parissi, conceived the idea a long time before the doors opened in 2015. With a twin background in food and furniture design, Carmichael-Parissi had been trying to find a way to combine all of her passions for some time. Having grown up in the Blue Mountains suburb of Lawson, her search took her around the country before she finally arrived full-circle back home.

“I grew up in Lawson, but I went away to Tasmania for almost a decade and did a lot of really deep learning in terms of growing, cooking and my own personal art practice, which is furniture making,” says Carmichael-Parissi. “I’d always tried to place this idea of combining my passions in many different situations, in many different parts of the world, but in the end I was brought back to the Blue Mountains … coming back to where [I] started, wanting to share all of that with the community.”

Initially, Carmichael-Parissi wanted the space to act as a hub for small businesses and the broader local community; a place where people could come to learn from other locals how to garden, grow, cook, draw or make. (“But especially grow,” she says.)

The resulting space is hard to describe, because it has so many different yet related offerings. Carmichael-Parissi summarises Lyttleton Stores as “a place that brings together many practical passions that are leading us towards a sustainable future”.

On any given day, for instance, the garden – a wild, sprawling space that looks straight out of a picture book, filled with flowers and wheelbarrows and all kinds of vegetables – is opened by the resident gardener. The gardener begins the morning collecting fresh and seasonal produce, which is then brought through to the kitchen. Here, Carmichael-Parissi makes it into different food products to sell in the retail store. (The building itself is the only original store left in Lawson, a heritage building that used to be part of a cluster of such buildings that were knocked down to make way for the highway.)

In addition to food, Lyttleton also sells a variety of handmade arts and crafts, sourced from both local creatives and in-house talent. An example is the woven baskets that are made by Lyttleton Stores’ resident basket-weaver, who also conducts public workshops so people can replicate her designs for themselves.

“The customers come in and say something about a piece in the atelier and then we can say, ‘Oh, you should come to the workshop and learn how to make them for yourself!’” she says.

“We really encourage going back to basics by learning practical skills and crafts. For instance, some of our workshops teach ceramics and woodworking and a certain level of self-sufficiency in gardening. It’s all of these practical elements that enhance life, and that we can look forward to having as part of a sustainable future.”