From Violent Femmes to MONA FOMA

We chat to bassist of the Violent Femmes, Brian Ritchie, the curator behind Hobart’s annual music and art festival MONA FOMA. 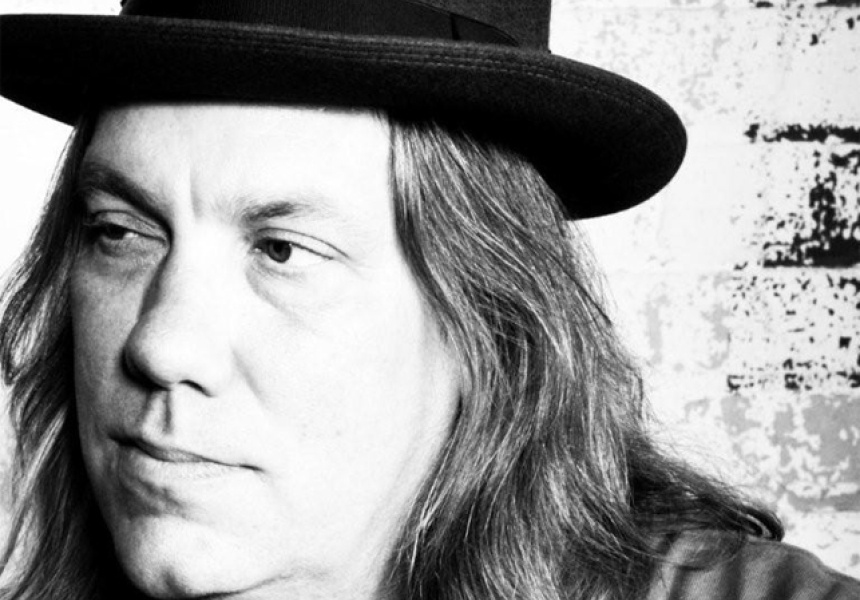 Known best for his work as the bassist for the Violent Femmes, Brian Ritchie is also the curator behind MONA FOMA, the Museum of Old and New Art’s music and art festival that has managed to almost single-handedly put Hobart back on the national music map.

MONA FOMA is easily one of the most interestingly diverse music festivals around. Since 2009, the festival has featured acts as varied as Nick Cave & the Bad Seeds, Grandmaster Flash, Philip Glass, John Cale and PJ Harvey, as well as showcasing the best in the unusual, the unheard and under-recognised. The program is always a heady mix that clearly reflects Ritchie’s own multifaceted musical interests.

We caught up with Ritchie as he was relaxing at his Tasmanian home, trying to overcome a bout of jetlag.

Hayley Inch: MONA FOMA is quite unique, at least in an Australian context, in that it’s a major music festival closely linked with an art institution. Is your curatorial approach at all influenced by what’s happening with MONA, or do you keep them separate?

Brian Ritchie: While I do see them as separate projects…and don’t really go around consulting the museum’s curators, apart from [MONA founder] David Walsh, a lot of my curatorial decisions are based on how the festival links back to the museum, because if you are going to go to the effort to have a festival that’s linked to a museum, it should reflect that aesthetic.

HI: Looking over the past few years of MONA FOMA programming, one of its strengths is its musical eclecticism. Are there any themes that you uncover in putting these bands together, or is it simply as case of what music tends to be jazzing you at the time?

BR: While there are themes for each festival, and themes which link the festivals, I never make those themes obvious to anyone. The themes depend on how acute the observer is. I think it’s just corny and too overtly commercial to state themes outright. People can be too passive as viewers and want more information than they actually need, and curators can go too far in explaining things in order to service that expectation. I’m strongly in favour of people not understanding things right away, or coming to a better understanding later on. Not everyone is going to relate to art in the same way.

HI: It’s already been announced that David Byrne and St. Vincent will be headlining the next festival. What kind of musical experience can attendees expect from MONA FOMA 2013?

BR: Well, I can’t say too much about it now before the official announcement, but if you look at previous festivals you can see that the music we feature ranges from opera and classical, to acoustic, electronic and a few more well-known rock artists. We prefer to profile creative rather than commercial pop music. And the range of gigs will be everything from tiny 80-seaters, to larger venues like Princes Wharf and there’ll of course be things happening at the museum itself.

Brian Ritchie talks at Portable’s Curator Conference in Melbourne on October 2. MONA FOMA will be held in Hobart from January 13 to 22, 2013.