Unlocking the City at Sydney Open

The doors to some of Sydney’s best-kept architectural secrets are being thrown open for one day only. 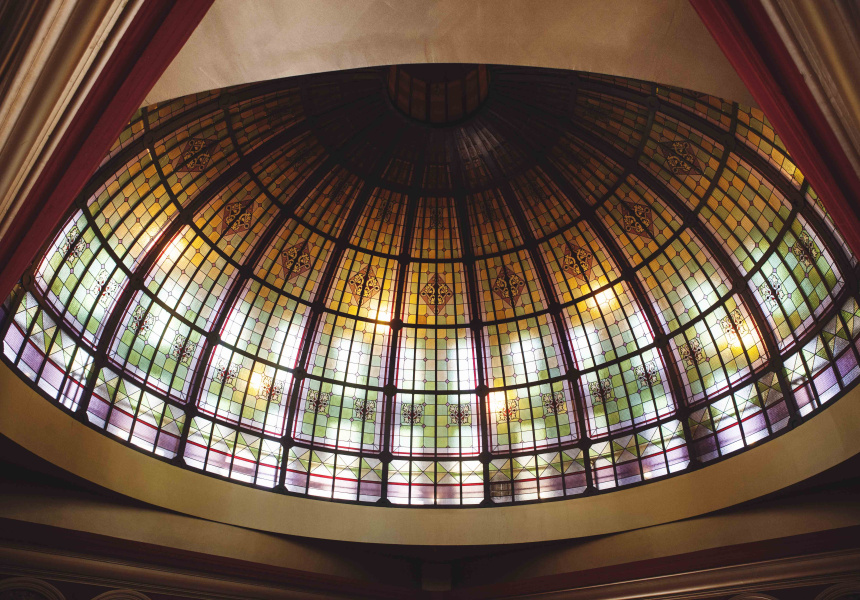 The stained-glass and copper dome of the 1898 Queen Victoria Building is one of the more familiar and beloved landmarks of the Sydney CBD skyline; but imagine seeing the view from the inside.

Access to the dome is allowed one at a time, via the steep and somewhat precarious original 19th-century, wrought-iron staircase that winds up and up and up, before a hidden door takes you outside, rewarding you with breathtaking 360-degree views.

But on Sunday November 2 the QVB Dome, along with a host of Sydney’s most beloved buildings – also normally closed to the public – will be putting out the welcome mat as part of Sydney Open.

Now in its 10th year, Sydney Open is inviting the public into 54 of the city’s most historic and architecturally inspiring buildings and sights including the clock tower of Sydney Town Hall, the new Mordant Wing of the Museum of Contemporary Art, St Mary’s Cathedral Belltower, Government House and Harry Seidler’s so-called “five towers”: Australia Square, the MLC Centre, Grosvenor Place, 9 Castlereagh Street and the Cove Apartments.

New sites that haven’t been seen on the program before include the Darlinghurst Jail and Eternity Playhouse – named after Sydney’s own Mr Eternity, Arthur Stace – the Reserve Bank of Australia and the new Macquarie Bank headquarters, 50 Martin Place.

Visitors who buy either a city pass or Focus Tour – and be warned, sites do sell out – go into the draw to win a golden ticket, which will give 100 people access to the QVB Dome.

The Focus Tours, run by architects, building owners and 300 volunteers, will add some fascinating, behind-the-scenes anecdotes to these sneak-peek experiences.

Sydney Living Museums, which runs the biennial program, says it expects this year’s event to attract around 7000 people to the CBD and surrounds.

“Sydney Open creates awareness of the buildings that surround our everyday lives, enabling locals to engage with the city’s built environment and explore buildings that they may not usually have the chance to enter,” says director of Sydney Living Museums Mark Goggin.

Sydney Open is on Sunday November 2.