The Knot, a new exhibition by New York artists Tom Smith and Jonathon Rosen is a tribute to the possibilities of love as well as its inevitable contradictions. 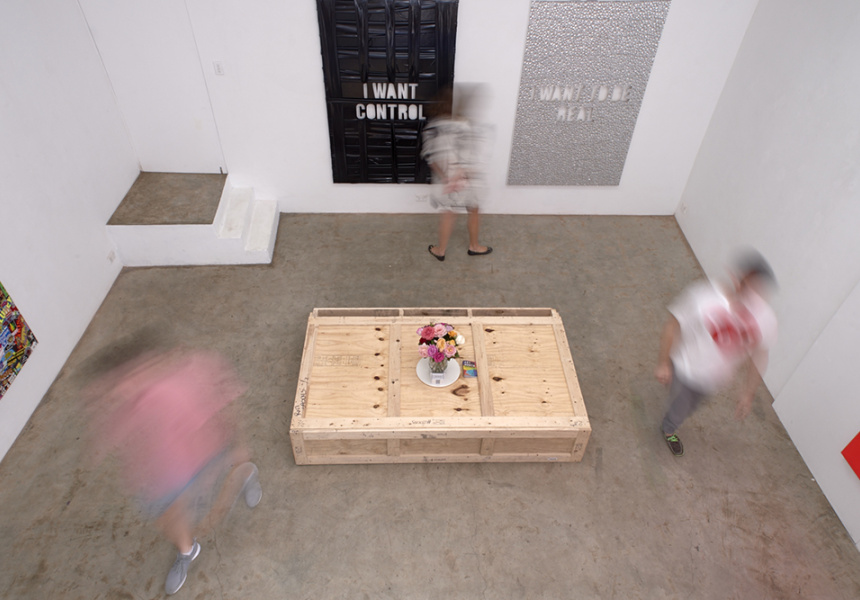 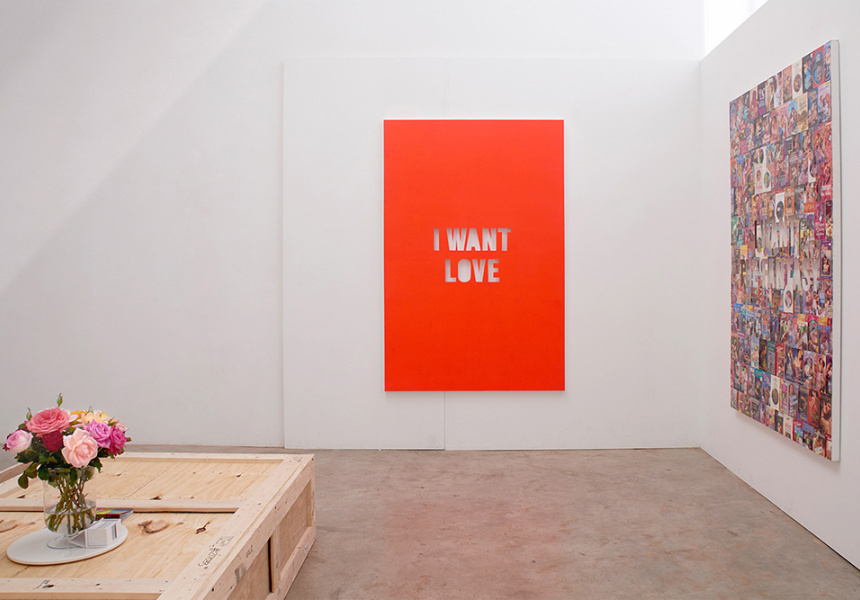 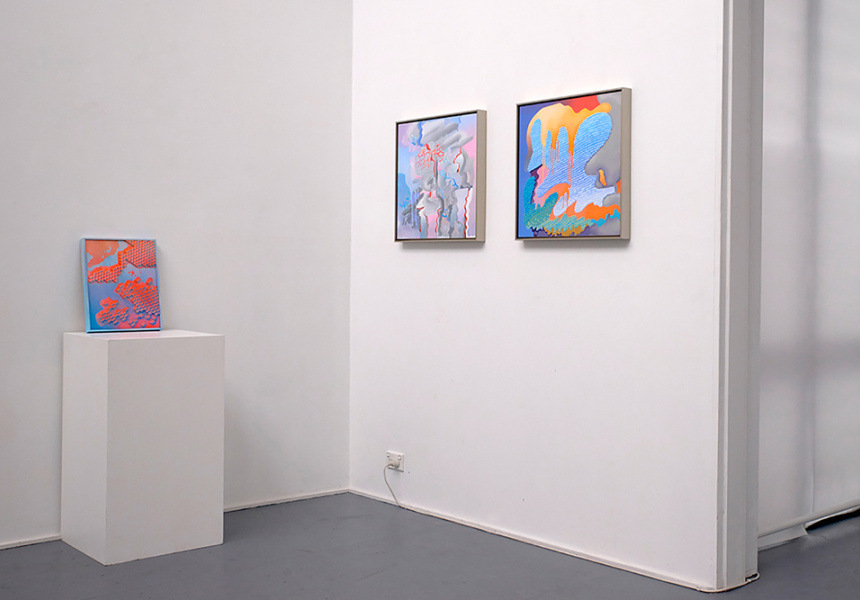 There are few things transformative enough to make you change course, jump on a plane or throw away a lucrative career to follow your dreams. For Jonathon Rosen, an advertising creative battling the burnout that sometimes comes from spending your life making work for other people, it was his relationship with his boyfriend Tom Smith, a New York artist who insisted he take a trip to Art Basel.

“I was never meant to be an artist,” laughs Rosen, whose I WANT series is a sequence of collages that layer carefully carved statements spelling out his deepest desires with pop culture ephemera, like glamour photos and trashy Mills and Boon covers. It is currently on display as part of The Knot, a new exhibition at East Sydney’s sun-splashed William Wright Artists Projects. “But I was so stifled and burnt out in advertising. Then Tom took me to Basel and I started making art. I started with one big piece but had no idea about the journey I was going on. In advertising you’re giving voice to brands, your creative director and clients, so there’s nothing left for you. My new life is because of Tom.”

The Knot, which also features Smith’s paintings – hyper-saturated dreamscapes that combine precise cutting techniques with a palette of oranges, blues and hot pinks to dazzling effect – is a tribute to the couple’s emotional and creative chemistry. The pair got engaged at Art Basel a year ago and planned the show to coincide with Mardi Gras and Art Month. They want to highlight the relationship between profound personal love stories and wider debates around marriage equality.

“We tossed around the idea of working on a show together ever since Jon started making work. But it wasn’t until we got engaged at Art Basel a year ago, and the shift we witnessed in our relationship, that we started thinking about the exhibition,” says Smith. He also works as a printer at Two Palms, a printing studio linked with artists such as Mel Bochner, Cecily Brown and Chuck Close. “The kind of work we were making in our lives throughout that process became an interesting reason to have a show here. So, it’s really about where we are in our lives together.”

“We don’t work in the same room – Jon works in the apartment and I work in a studio because I like to be alone when I’m painting,” says Smith. “But I’ve learnt that every night when I go home I like to show him a photo of what I’ve done that day.”

“That’s the interesting thing about a knot. It can feel like a noose but it also represents safety and security. You’re constantly loosening it and tightening it,” Rosen adds.