Trying to Be Cool with Phoenix

We get to know Phoenix bassist Deck d’Arcy who claims, after all the band’s success, they still don’t know how to write a song. 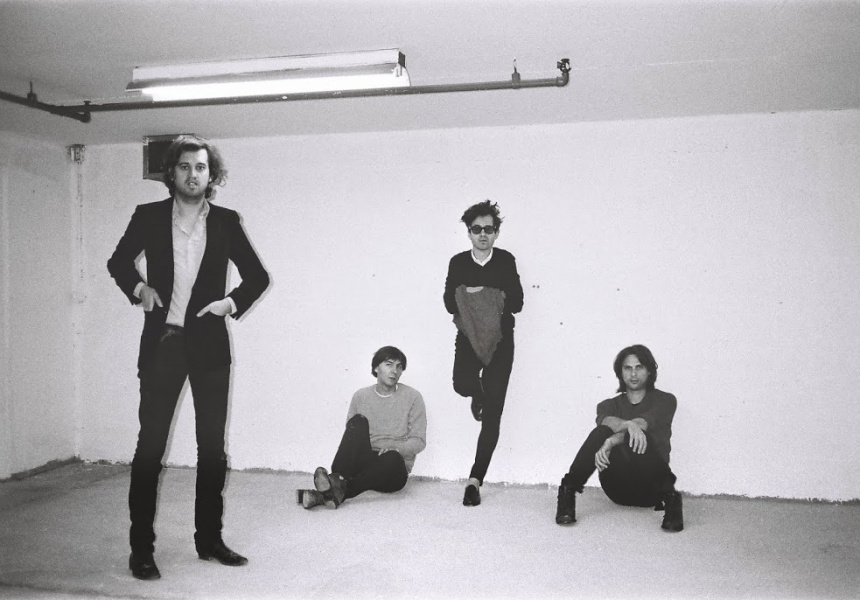 Phoenix has to be one of the coolest bands in the world. Its members are from the same Parisian high-school scene as Daft Punk and share a previous, early record label with Air. Then on top of that, the lead singer Thomas Mars is married to indie film director Sophia Coppola, daughter of Francis Ford, and director of Lost in Translation. Then finally, and probably most importantly, the band crafts visionary pop music that manages to be cool and somehow ironic. Surely it’s tiring being so cool.

“I just got into bed,” says bass guitarist Deck d’Arcy, from his Paris home. “We’ve been on tour for weeks and I’m tired.”

It’s something about the way the band re-hashes the 80s that makes it so good. Its first album, 2000’s United, was drenched in Phil Collins-esque production and sounds, partnered with smug anti-lyrics that could be straight out of a Bret Easton Ellis novel (“I guess I couldn't live without the things that made my life what it is”). The album was good, and it bounced the band into indie-celeb status, but it’s only recently that it has come into its own. In 2009 it released its platinum smash Wolfgang Amadeus Phoenix, which ditched its earlier hip-hop phrasing and went for a more streamlined version of classic pop. The songs were clean, effortless and the album went gold across the world.

“We don’t know how to write a song – the only way we know is to play around for hours until we find something interesting. It’s fishing. And with that album, we caught a fish,” d’Arcy says. “Now with the new album, all we could do was the same old thing but with new pressure…We either write music through experimenting or we don’t write music at all.”

It seems to have paid off. The band’s latest album, Bankrupt, was released in April last year and again it settled on a slick, pop sound, albeit with a more caustic edge. Ironically the album also addresses the band’s most appealing currency in the track Trying to be Cool. It’s like the band pulled the veil from around its inner machinery and showed everyone that maybe it’s just as unsure and human as everyone else.

“Of course we are,” says d’Arcy. "Every day I can’t believe that we got to this position, that we’re living the dream and it hasn’t ended yet. And that’s the worst part too because we really don’t know why. As I told you, we still don’t know how to write a song.” After that I let Deck go to sleep because his accent is becoming increasingly incomprehensible, but mainly because he, like everyone else is tired from all that trying.

Phoenix play at Hordern Pavilion on March 5 and Future Music Festival at Randwick Racecourse on March 8.