It recognises the frontier wars, the massacres and the survival of the First People of this country. 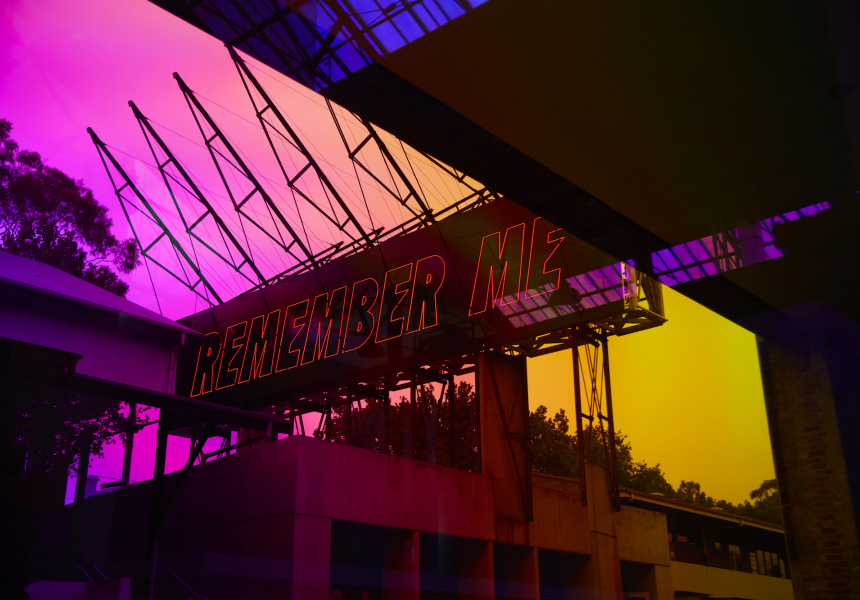 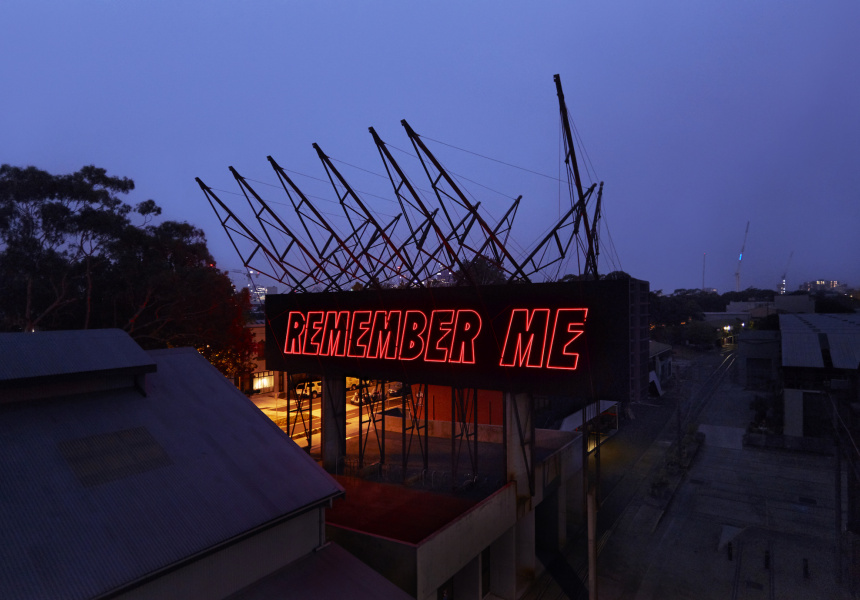 April 29, 2020, marks 250 years since Captain Cook landed in Botany Bay. It was a moment that changed this land forever and led to the decimation of our First Nations people. To mark the occasion, Sydney cultural institution Carriageworks officially launches Kamilaroi artist Reko Rennie’s Remember Me artwork. The 25-metre long piece, which spells out “Remember Me” in five-metre tall letters, has been installed at the entrance to the former rail yard since January, and pays tribute to the Aboriginal community. It’s the first in an ongoing series of artworks by Aboriginal and Torres Strait Islander artists commissioned by Carriageworks for the prominent position.

Rennie, who has exhibited around the world, and whose work has long explored his Aboriginal identity, told Broadsheet earlier this year that the piece is about “acknowledging Australia’s original inhabitants and that sovereignty was never ceded”. The red letters symbolise the Aboriginal blood spilled by white colonialists, and the colour of the land it was spilled upon. The words themselves are an invitation to reflect on the history and suffering of Australia’s First Nations people.

“It is important to acknowledge the past – however painful – so that we can make sure our future is a better place for everyone,” Blair French, Carriageworks CEO tells Broadsheet. “Carriageworks’s focus for this occasion is to create platforms for Aboriginal artists and community. We see ourselves as having a significant responsibility to create ongoing opportunities for ambitious and thought-provoking work by our Aboriginal artists.”

Through his artwork, Rennie wishes to encourage us to consider Australia’s past, as well as our role in its present and future. He wants people to remember those affected by colonialism such as his grandmother, who was taken from her family at the age of eight; she never saw her parents again. When he spoke to Broadsheet earlier this year, Rennie expressed his outrage that the federal government would fund commemorations of this divisive moment while a large percentage of Indigenous Australians still live in poorer conditions than much of the rest of the country.

“In school systems [the way we talk about Indigenous history] is slowly changing, but it’s still got a long way to go,” he said. “It’s now mandatory [in the] syllabus to learn about Aboriginal culture and identity – but it’s a very tokenistic, stereotyped viewpoint that usually is offered by education. I think the syllabus needs to change in respect to learning about the country and identity.”

While many were able to catch Rennie’s work before we went into lockdown, few of us will get a glimpse of it on its official launch date. So, to coincide with the official unveiling, Carriageworks has released a video in which Rennie talks about the artwork and its meaning.

“‘Remember Me’ is such a loaded statement, and especially poignant at the moment as the world navigates the current pandemic,” says French. “Undoubtedly, the work will be experienced and interpreted on many levels from the local community who encounter it by day or illuminated at night. All reactions are welcomed and encouraged. Ultimately, it can only be hoped that the prompt to ‘remember’ makes change for the memories we make for tomorrow.”

Remember Me will be displayed at Carriageworks until January 2021. Watch the video here.