How to get your work done (and still have time to binge-watch TV). There’s an idea that creative souls work in their own space-time continuum separate from the rest of society. Newsflash: they don’t. They too face real-world deadlines and overflowing inboxes.

We asked some of Australia’s top creatives to share their one most-useful time-management tool or ritual that helps them get stuff done.

Georgie Cleary: Start (really) early
Along with her brother Alex, Georgie Cleary designs 10 collections for Alpha60 every year. She’s currently readying the brand for a launch in New York in February, running to photo shoots and design meetings with her three-month-old baby daughter with her. Cleary likes maximising the time in her day by starting work at 5am every morning. “Someone once described me as a duck,” she says. “Looks calm above the water but their legs are working hard beneath the surface.”

Beci Orpin: Limit email to specific times of day
The designer-illustrator is currently preparing for a group show in Tokyo and making headway on a new book. Orpin’s time-saving ritual includes writing priority lists, limiting emails to morning and late afternoon where possible, and starting the work-day earlier when things get really hectic.

Elke Kramer: Make (and keep) lists
With three businesses on the go and another baby on the way, jewellery and accessory designer (also illustrator and graphic designer), Elke Kramer is all about being prepared. Kramer is big on brain-vomiting to-do lists, finding the process both fruitful and cathartic. “I keep piles of them on my desk, my fridge and my handbag,” she says.

Jeremy Wortsman: Call, don’t email
Jeremy Wortsman heads the Jacky Winter Group, the Melbourne-based visual-arts agency that now represents more than 100 creatives. Wortsman is busy working on this year’s programming for Lamington Drive the gallery space run by the Jacky Winter group. His tip is to take a deep breath and pick up the telephone. It’s easy to spend hours crafting the perfect email, but sometimes the most efficient way to do business is via a 30-second phone call.

Maria Pattison: Compartmentalise your tasks
Maria Pattison is a costume designer for film and TV. She spends most of her time finding visual references, watching films and reading scripts. With long filming schedules, she keeps her life in order by writing “work” and “non-work” lists. “By prioritising small moments of free time, I can get some perspective and work and create more easily,” she says.

Trevor King: Do it right now
As a freelance photographer for lifestyle and fashion brands, Trevor King has shot in places such as Bali, Shanghai, the Maldives and outback Australia. Next week, he’s making the move to LA to pursue photography, and/or score an acting gig – his words, not mine. King’s ethos is about “getting shit done” and eliminating procrastination. He doesn’t put things off because, as a freelancer, he doesn’t know what the next week will hold. “Plus, if I don’t do it now, I’ll forget and get in trouble from someone,” King says.

Kitiya Palaskas: Divide your day
Kitiya Palaskas is an artist-designer who cuts, pastes and sews colourful creations and teaches creative workshops. On Sundays she prepares a batch of food for the week, which leaves “more space for leisurely mornings and relaxation after work”. Palaskas also finds allocating specific portions of the day to answering emails and social-media posts keeps her disciplined and helps her avoid getting sucked into the “internet vortex” (we’ve all been there).

Jarrad Seng: Build strong collaborative relationships
Jarrad Seng is a travel and music photographer, and sometimes fake Steve Aoki. Seng spends most of his time on tour, shooting for Ed Sheeran, Passenger and Rudimental. His project work is made possible by strong collaborative relationships with other creatives. While on tour in Europe last year, he and a number of other artists successfully completed a photographic installation for a shop in Perth without even setting foot in the city. By forging these relationships his creative work can progress without him having to be there physically.

Sarah Kelk: Don’t put things off
Sarah Kelk divides her time between painting and running her online arts and design products store, Hello Polly. Kelk is a firm believer in “doing it now”. She’s a fan of hand-written lists, too, making use of scrap paper, her phone, diary or anything else she has lying around.

Brodie Lancaster: Write it down
Brodie Lancaster is a copywriter at The Good Copy, editor of feminist zine Filmme Fatales, and your local think-piece provider on Kimye and/or One Direction. As such, she’s just signed a deal to write a book of pop-culture essays, slated for release in 2017. Lancaster maps her days out on paper. “If something isn’t written down, it doesn’t get done,” she says. “I am a passionate and committed fan of the to-do list.”

This article is presented by Edgell Bean Salads. 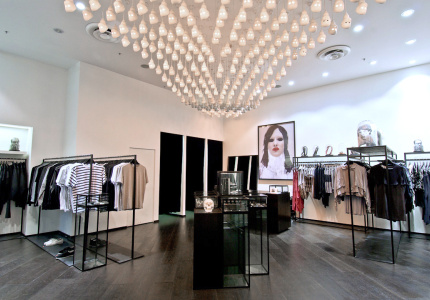