When the organiser’s art collection was destroyed in a fire, he looked to cryptoart – a digital-art movement that’s taken off globally – as an alternative to physical works. 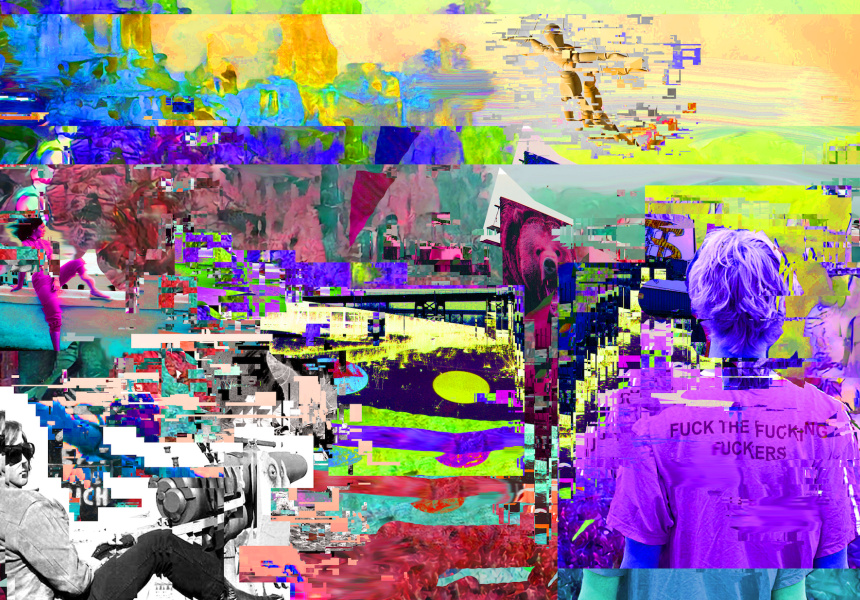 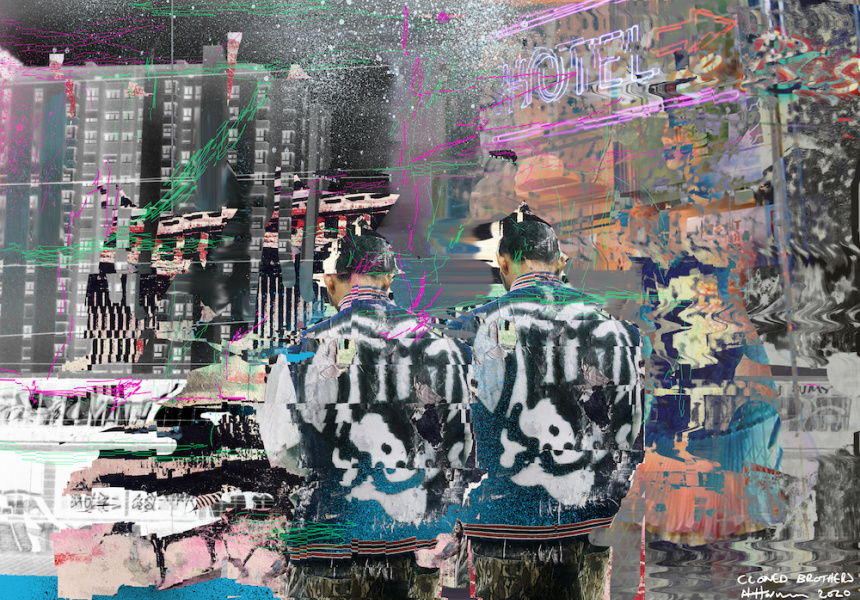 Paddington Town Hall will be transformed into a three-day, rave-like bacchanal of digital art and music this weekend with the launch of Future Art, Australia’s first immersive cryptoart event.

But what exactly is cryptoart?

Say an artist creates a piece of digital art, an animated gif or a movie. They can sell it using blockchain technology, via a digital token that has all the information of that artwork stored within its metadata. This allows for scarcity and value to exist within the digital art world – and the movement has exploded. In December 2020, digital artist Beeple – who has more than 1.7 million followers and whose work has been featured in campaigns for Apple, Nike and Louis Vuitton – sold US$3.5 million of cryptoart in 48 hours.

“Two or three years ago, if you created something on your iPad or phone, people could take a photo of that or copy a jpeg and there’d be millions all over the world. There was no value attached to digital art,” Future Art curator Sats Moon tells Broadsheet. “The crypto ethos is ruled by blockchain technology – the artists get paid a royalty directly into their currency wallet whenever their art is bought and sold. It’s baked into the technology.”

Sats Moon has a 20-year history of collecting art, and it’s not all rosy. He was a bright-eyed young Australian when he moved to London in the late ’90s and found himself working in Soho, an epicentre of the street-art boom.

“It was happening right in front of my eyes,” Moon says. “I was seeing Banksy stencils and Invader for the first time. I was lucky enough to be at one of Banksy’s early shows at [pop-up gallery] Santa’s Ghetto in 2002. It was a cool party. But we had no idea how collectable these works would become.”

A year or two later, Moon found out that the artist whose “cool party” he had attended was selling his signed prints via a website called Pictures on Walls.

These early Banksy purchases were the beginning of what would become a lifelong passion for Moon, who was able to flip the purchases and expand his collection to include works by Antony Micallef, Damien Hirst and Obey. By then, Moon was travelling the world managing award-winning dance-music group The Potbelleez. When a new job took him to LA in 2014, Moon packed his works into a designated storage facility. Like a doting son, he would come back at Christmas to visit his beloved collection.

But in a cruel twist of fate, a massive fire destroyed the entire building in which the collection was stored in 2019.

“When I was told there had been a fire I was in disbelief. I flew back from LA and I actually managed to break into the building,” he says. “It was incredibly dangerous and totally stupid, but I had to see it for myself. It was completely gone. I literally picked up the ashes.

“I went away from that and had some time to reflect on what was important to me. Collecting art was something I was really passionate about. And something I thought I’d be doing for the rest of my life. It was around a year later that I discovered the digital-art movement. Here was a form of art that I could own and buy and sell and keep and show to other people. And it could never be taken away. It would never be burnt or destroyed. I was instantly super excited by that.”

And so, in collaboration with Potbelleez DJ Dave Goode (and Moon’s colleague of 15 years), Australia’s first cryptoart event was born. The three-day event will be a multi-sensory walk-through experience featuring 20 of the world’s top digital artists, including 17-year-old Las Vegas wunderkind Fewocious and leading Australian VR and AR artists Giant Swan and Marc-o-Matic, who will be painting and creating live sculptures while interacting with the audience. Think lots of projections and digital screens. “Like a small, club-style Vivid,” Moon says.

“We’d love people to come down and check out the art show and have a look at this new cryptoart movement,” he says. “It’s definitely about more than just the technology. It’s a worldwide movement of artists who are embracing the scene.”