Thinking Outside the White Cube

We have a look at a few of Sydney smallest galleries – tiny, public art spaces that don’t fit into the white cube mould. They’re bringing about the possibility of more immediate and random encounters with contemporary art, every day. 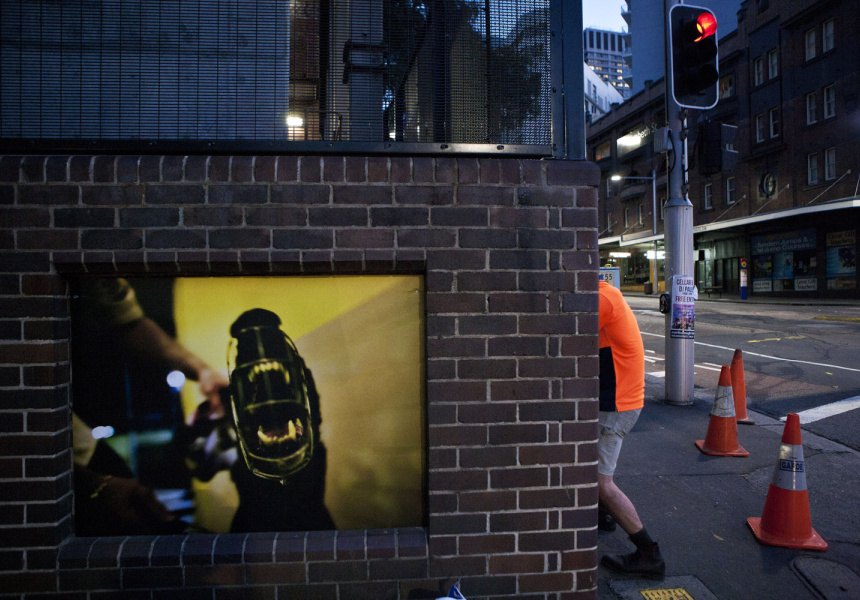 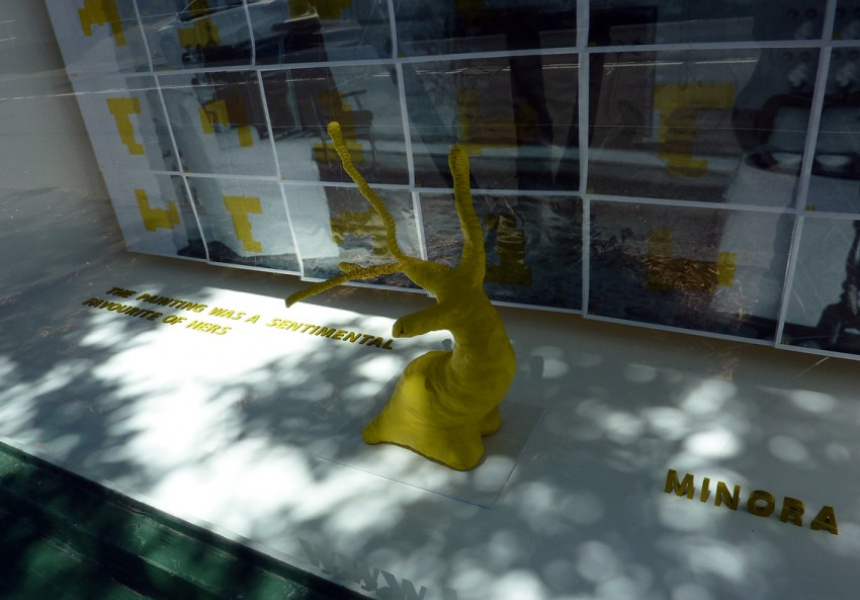 They’re the tiny and often public art spaces that don't fit into the mould of the white cube. Be it on an exterior wall, in an empty window or across the side of a car park, increasing numbers of Sydney artists and curators are bringing art outside the traditional parameters of presentation and into what are being called ‘micro galleries’.

Micro galleries are in unconventional places that challenge traditional ideas about what an art gallery can be and do. Often temporary by necessity, they’re part of a trend of small-scale, pop-up art projects that find a path through the rigid machinery of arts infrastructure and work directly to the opportunities and limits found in varying local spaces. They also bring about the possibility for more immediate and random encounters with contemporary art in everyday life.

Here, we detour via four of this city’s smallest outposts of public art.

Elizabeth Street Gallery
Elizabeth Street, between Goulburn and Campbell Streets.
Andrew Quilty and his collective’s previous project was a micro gallery that “lasted not even a day”. A year ago, he and some mates, who also work as Fairfax photographers, spotted a sweet location on the corner of King and George Streets. It’s “now the Louis Vuitton building(link to profile), but while it was under construction, on the outside were these four very big rectangular window panels that were blacked out. So we measured up the photos, printed some photos to size and put them up at about six in the morning.”

Quilty and co’s latest venture is the Elizabeth Street Gallery, a self-declared autonomous zone of urban photography between Goulburn and Campbell Streets. Again, the gallery was launched stealthily and without any institutional permission. It has earned Lord Mayor’s Clover Moore’s personal stamp of approval and will remain indefinitely – a sign that times are indeed changing and the value and contribution of public art is gaining recognition.

Conductors Project
Inside St James and Museum Stations
conductorsproject.com
Conductors Project is all about making ordinary metropolitan spaces inviting and surprising places to pass through. Next time you’re on the city circle line, get off at St James or Museum Station and start exploring. Conductors Project has negotiated with the NSW Transport RailCorp to take over a handful of empty art deco display cabinets. In doing so, Conductors Project extends the audience for contemporary art beyond the small art-informed minority to almost 6000 busy city workers daily.

SLOT Gallery
38 Botany Road, Alexandria
Since 2003, SLOT gallery has brought contemporary art to an unassuming window overlooking a hectic Alexandria intersection. Much of the works respond thematically to the neighbourhood and the street surrounding the gallery. Curated by artist Tony Twigg and writer/curator Gina Fairley, and five minutes from Redfern Station, SLOT shows the potential for art within very confined spaces. It also expands the possibilities for reaching outside the traditional gallery model directly to pedestrians and commuters, by providing art that’s freely viewable 24 hours a day.