Tackling The Ego Issue with a Lifted Brow

Freewheeling Australian bi-monthly rag, The Lifted Brow, has devoted an issue to ego. We speak with editor Sam Cooney to find out why. 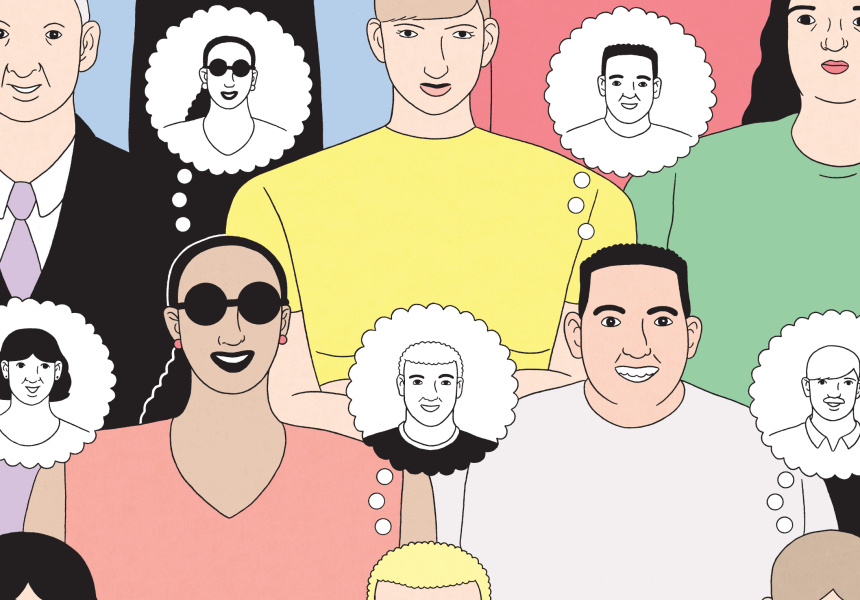 Rampant egos in writing (and in art, and in life) are by no means a recent phenomenon. But as The Lifted Brow’s editor, Sam Cooney, explains, self-insertion, not just by writers into stories in which they don’t belong, but by readers into situations where their input is unhelpful, is at an all-time high.

With this in mind, the magazine Cooney helms is devoting its current issue to the ego. Cooney spent some time with Broadsheet to discuss the magazine, where the idea came from, and how being the centre of your own universe does not give you carte blanche to involve yourself into other people’s.

Broadsheet: The Lifted Brow has been around for seven years. Why now for an ego issue?

Sam Cooney: More and more writers are pitching and submitting work to us – especially those writing nonfiction – who seem to feel it’s okay – and even desirable – to insert themselves into the work, no matter if it’s unnecessary, or worse, ruinous to the quality of the piece. We've also been paying close attention to the publishing industry, and the world at large. The rise of the inconsequential memoir, the upswing in lazy gonzo arts criticism, sassy selfies at funerals, inane micro stories about how an author feels about the textures of different chairs sat on when travelling on luxury holidays, etc.

So: this print issue is not simply a railing against any and all self-reflective/reflexive writing; we acknowledge that some stories can only be told from a personal viewpoint, and many of these stories – quiet accounts of defiance, vital tales of survival, proud moments of introspection and understanding, etc – are the most important of all. Additionally, some of the TLB crew’s favourite writers – David Foster Wallace, Joan Didion, Chris Kraus, Geoff Dyer, Adrian Tomine, Junot Diaz, etc – submerge themselves in their essays and discourse to the extent that it is impossible to imagine their investigations succeeding any other way. But not all writers have the ability to do this, and not all stories require intimacy. As such, this Ego Issue is a provocation. Ultimately, the idea was to see writers (and then readers) interrogate their own perspectives as well as their processes.

BS: Did you have an agenda for the issue? Is there an overarching attitude or opinion you want people to take away?

SC: Nope, no real agenda except to provoke thought and conversation. (I was –and still am – hoping to see a few diatribes against us/The Ego Issue, but sadly this hasn't yet happened). We really kinda wanted to incite spirited debate. We were just thinking that people would hear about this issue, read it, and maybe next time they sit down to write, or the next time they read a book or essay or article, they would look at writing, and themselves, more critically.

BS: Was there a specific piece of writing that had a big influence on this magazine?

SC: We had a run of maddening nonfiction submissions come in at TLB – pieces about fascinating and crucial topics, but in which the writers had inserted themselves to the extent that the piece was unsalvageable. n+1's editorial 'Against the Rage Machine' was a singular spur, although my original adoration of that piece was tempered by a conversation that occurred in the comments section when I, with overwhelming enthusiasm, posted this piece on Facebook. Indeed, this piece by Kat Muscat is a direct result of that conversation.

BS: Did you have any contributors in mind when you settled on the theme?

SC: Sure we did! As always, there are writers and artists who you always want to publish, and when a theme rolls around, some of these or others come to mind. But with this issue, we didn't want to coerce or even encourage certain people to submit work – we were more interested to see who would pop their heads up and have a crack. If we'd commissioned pieces, which would've sat alongside our many wonderful columnists, then this issue's contents would've been dictated from above, rather than evolve naturally. As such, we ended up with a weird and wonderful collection of pieces.

BS: Small-press literary magazines are having a bit of a moment. Do you feel the gap in the conversation that The Lifted Brow was started to fill is as large as it was in 2007?

SC: I don't think TLB deliberately came into being to fill any sort of gap, but with hindsight it's easy to say, “Sure, The Lifted Brow filled a gap that needed filling”, sure.

The Lifted Brow as an organisation has changed a lot since that first issue. We now publish a digital magazine that is wholly separate and different from the print version, and a website which is separate and different again. Also, we do more events and we publish mix-tapes and also we're about to start publishing books. But The Lifted Brow as a creature is still very much the same: we are interested in the intersections between words and art and music, and we are about championing great writing and thinking and comics and music, doing so in whichever way we feel like.

BS: What are your hopes and dreams for The Lifted Brow?

SC: Like I said – and proper announcements are to come kind of forthwith – we are going to start publishing books, ones that every single fucker is gonna wanna read. Apart from that, I want to keep moving towards making TLB a more sustainable enterprise as a whole, both in regards to its commercial viability and its energy usage (it takes a shit-tonne of money and a butt-load of people-wattage to make what we make). I also never want to take a backwards step. Since day one (January 17, 2007) we've increased our number of subscribers issue by issue, and we've only become more and more respected, and it would be rad if this continued.

The Lifted Brow’s The Ego Issue is out now.