City of Sydney is re-imagining Sydney’s CBD through a series of spirited sculptures. 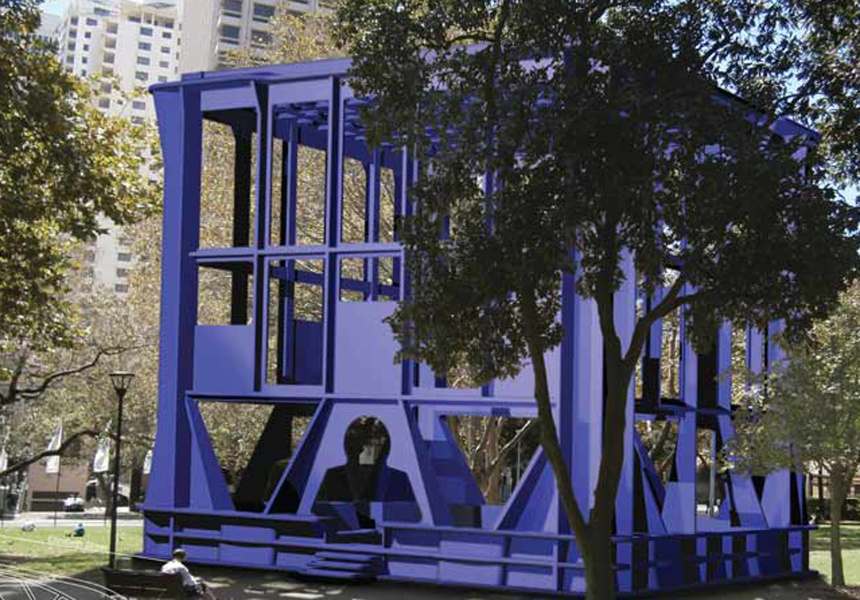 Sydney is talking about public art; the importance of the site it's on, what certain materials represent and the interplay between it and audiences. The City of Sydney has just announced three new works of public art that will go up in the CBD, and though the public is divided on whether they're welcome or not, the City of Sydney is enthusiastic about their significance.

On Tuesday the City unveiled the first stage of its $9.3 million city centre public art plan. Part of an ongoing, $220 million contribution to the state government’s light-rail project, the three works selected are the result of an international public art callout, attracting almost 700 entries from 25 countries.

Junya Ishigami’s Cloud Arch is the most striking work on offer. A white, painted steel arch, curvilinear and celestial, has been designed to soar 50 metres above George Street (and over the new light rail). From the right angle, it will frame the Town Hall. When the clouds have gathered, Ishigami’s fluid structure will melt into them.

Sydney-based, Egyptian-born artist Hany Armanious’ work, Pavilion, has been selected for installation at Belmore Park. A common milk crate, blown up to 13.7 metres in height, will serve as a meeting spot and sometimes-pavilion, as well as a potentially cringe-worthy ode to hipsterism. It’s described on the City’s website as “unabashedly tongue-in-cheek and irreverent”, an indication that it’s well aware of the joke.

Scattered throughout the city’s northern end (Bridge and Grosvenor Streets and the Kent Street underpass) will be 60 bronze sculptures by Turner Prize-winning British artist Tracey Emin. Perched above doorways and awnings and atop poles, Emin’s handcrafted birds will exist as subtle secrets, rewards for those who care to look up and search Sydney above eye level.

“The City has a strong track record of delivering engaging public art – both temporary and permanent – that draws people into our city,” says Lord Mayor Clover Moore. “There is a role in cities today for both monumental-scale works of art that are strong and bold, and small – even delicate – works of art that add texture to the urban experience.”

Have your say on the City of Sydney’s new public works, which are anticipated to be installed from 2017.