Infinex III, a new exhibition by iconic Australian painter Sydney Ball, is the work of a colourist at the top of his game. 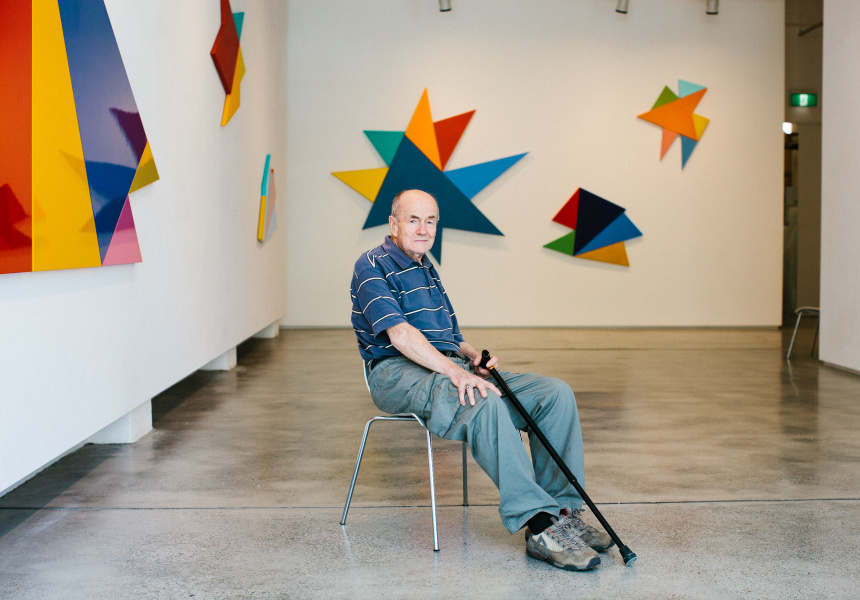 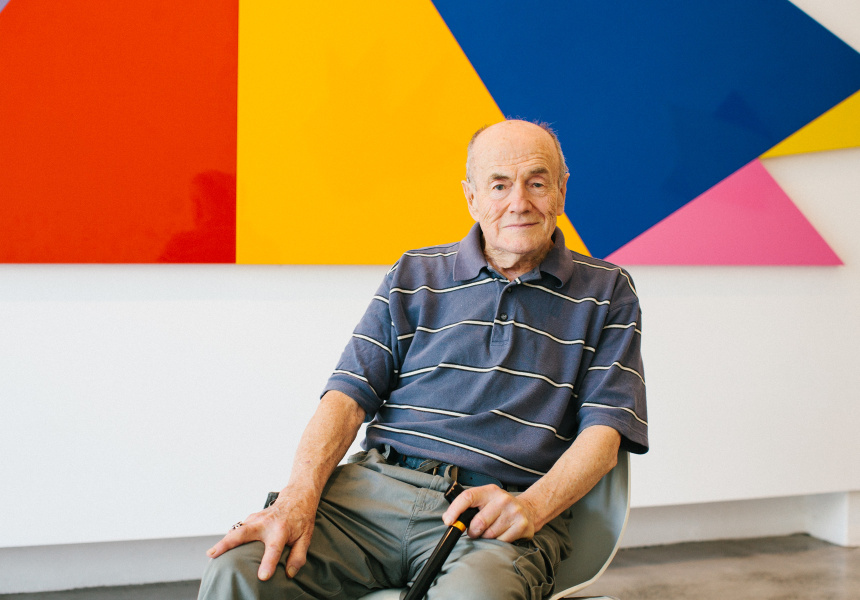 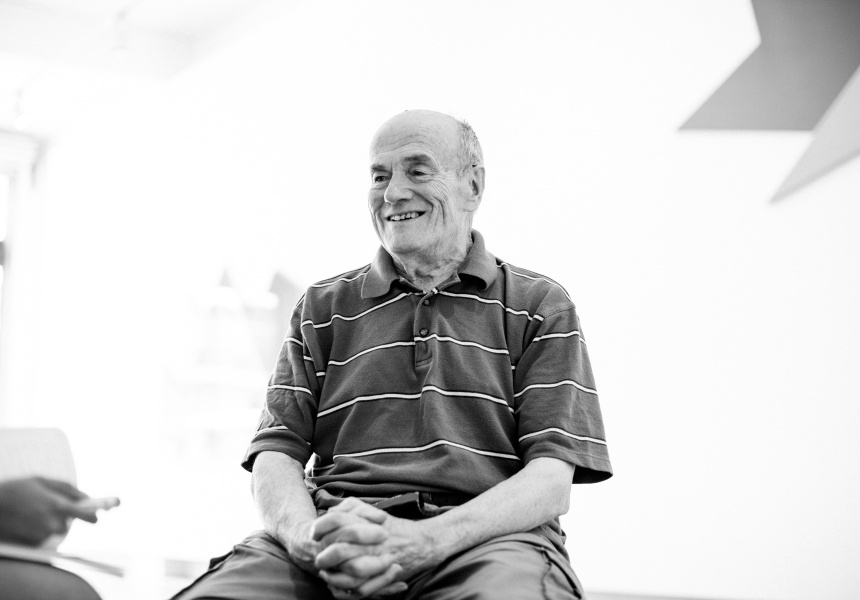 “They’re almost stupid-looking,” the artist Sydney Ball says laughing as he gestures toward a sequence of stark vector panels. Their blues, reds and oranges shimmer with an intensity that make them feel less like artworks and more like colour-burst beacons. “As someone that’s always dabbled in geometry, I enjoy Frank Gehry, who crumples up his drawings after he sketches to find new possibilities for his buildings and take himself outside the realms of creative thinking. This series isn’t just about exploring shape and colour. It’s about what shape and colour can be,” says Ball.

Ball has travelled to Sydney’s Sullivan + Strumpf gallery from his studio in rural Glenorie to help install the third part of his 2010 Infinex series. He has always understood that artistic achievement stems from the knowledge that risk and ridicule exist on the same continuum. The 82-year-old artist, whose arresting colour-field paintings helped unravel Australia’s stuffy ‘60s art establishment, credits his career to his decision at 29 years old to steer away from the industry’s love affair with Europe by boarding a boat to New York.

“I was painting part time at the South Australian School of Art and wanted to gauge how I’d fare overseas with people of my generation,” says Ball. “I decided then to study at The Art Students League in New York which was close to all the galleries and museums. At the time, most of my fellow artists were heading to London, so I thought it might have been a bad decision. But sometimes when you choose something, it turns out to be exactly what you wanted. It was one of the most fortuitous moments of my life.”

The move also proved to be formative. Ball found himself studying under Theodoros Stamos, a member of the Irascible 18 – a group of painters that included Mark Rothko, Jackson Pollock and Willem de Kooning – during a moment that saw Abstract Expressionism’s radical painting techniques, undulating colour planes and optical swagger put a permanent pin in Cubist traditions.

“Through Stamos I met most of that group in New York and I worked for a while in Rothko’s studio as a general dog’s body, which gave me an understanding of how top artists work,” Ball says. “I went to dinner at his house and saw little works of art that I enjoyed immensely and went to Jackson Pollock’s studio, where I also met his wife Lee Krasnar. After this, I developed a series of work called the Band paintings; flat, two-dimensional pieces that featured vertical bands of colour. And I had my first solo show at the Westerly Gallery in 1964, which gave me the chance to see what I could really achieve on a wall. My interest in colour grew out of that process. Artists like Rothko were instrumental to how I developed as a painter.”

When Ball showed his Canto Paintings – a series of circles and triangles that introduced hard-edged abstraction to the country – at the Melbourne Museum of Modern Art and Design in 1965, the Australian art world didn’t share his vision. “One reviewer refused to write about the show!” he says laughing. “It was totally different to what happened in New York. Someone said to me, ‘you’ve changed but the place you left hasn’t’. It was a complete flop.”

But Ball’s trajectory is proof that failure is often a precursor of success. Emboldened by unadulterated Australian light, the artist, who won the Mirror-Waratah Art Prize later the same year, spent the next two decades producing bodies of work such as the Stain paintings – explosive canvases that radiate energy and physicality, and the Infinex series, where hyper-saturated hues have roots in automotive enamel and spray paint.

“Whether you’re working in oils, acrylics or enamel paints, you always have to take your work to a new realm – otherwise you get bored doing the same thing again and again,” says Ball, who still spends every day in his studio. “Colour is the basis of painting and how you put it on is secondary to the underlying foundation of the work. But you get to a stage when you understand exactly where you’ve come from and what you need to do next. It’s a process that takes place all your life.” 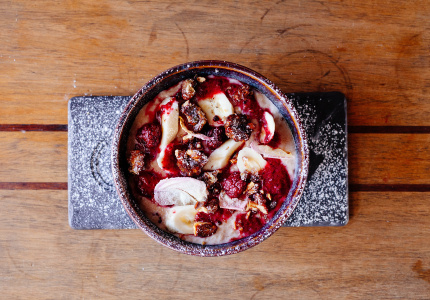