With enough feathers, sequins and crystals to sink a cruise-liner, the costumes for Baz Luhrmann and Catherine Martin’s Strictly Ballroom stage show are dazzling to say the least. We head into the costume cupboard. 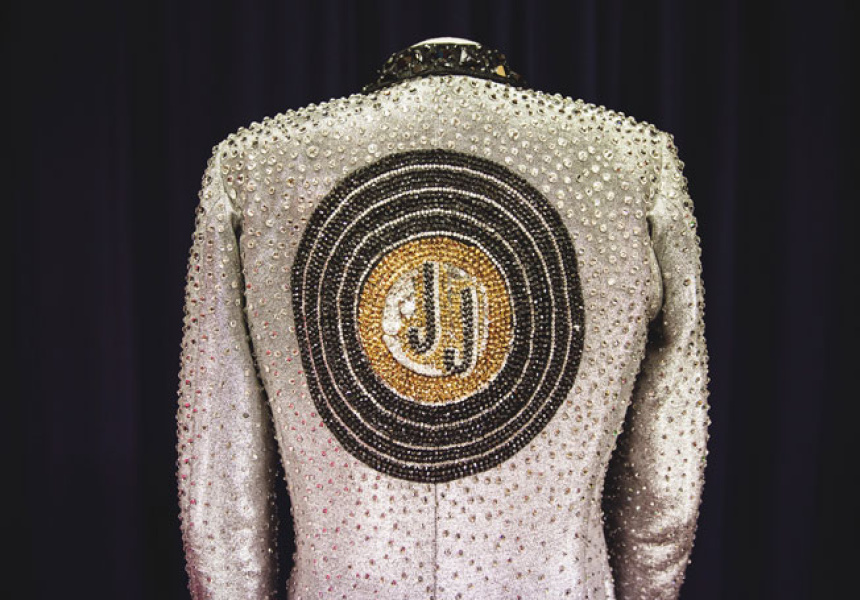 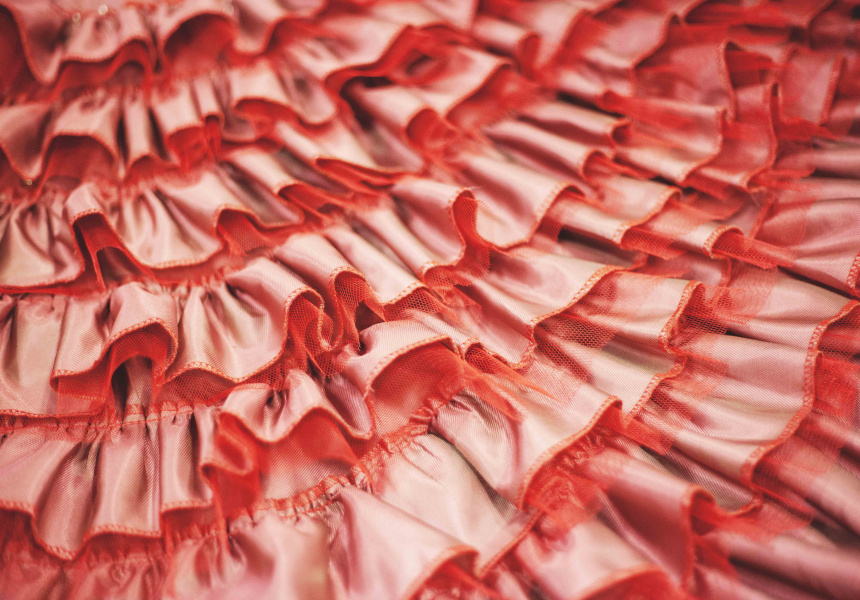 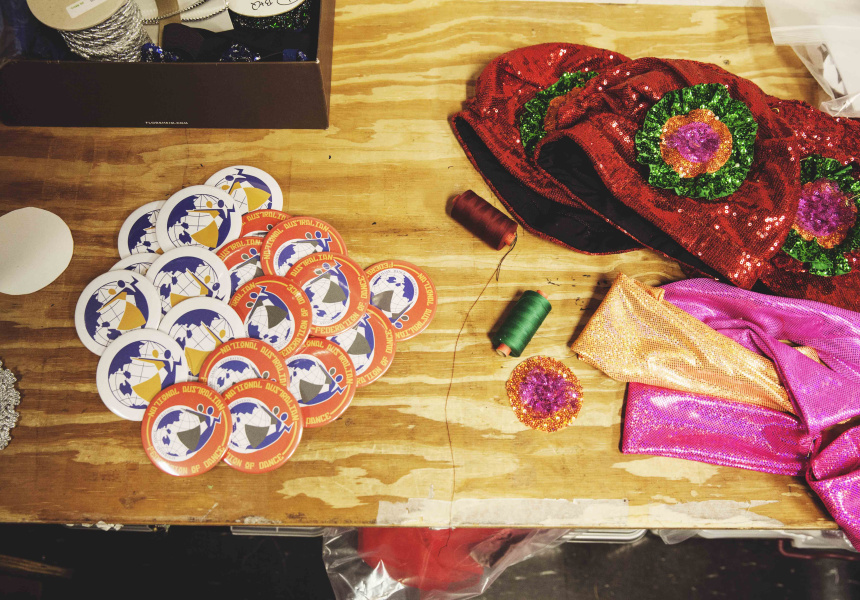 Baz Lurhmann’s outrageous musical production of Strictly Ballroom had the humblest of beginnings. The creative team that is Lurhmann and his wife, designer Catherine Martin, met at NIDA in 1982 and together they own the production company, Bazmark. They are one of the most sought-after duos in the Australian arts. Martin has won more Oscars than any other Australian in history.

Strictly Ballroom had its genesis in the NIDA rehearsal rooms, and went on to become the 1992 hit film that made more than $80 million at the box office. Pushing the Bazmark stamp to new creative heights, and riding the wave of success that was The Great Gatsby, the pair is now presenting the Aussie classic for the stage. Catherine Maybe, head costume supervisor and right-hand to Martin herself, has worked with Martin to bring the film’s costume designs to life on stage. The team has translated the intricate dazzle of the costumes into big, bold washes of colour and sparkles – perfect for the stage.

Maybe enlisted a powerhouse of cutters, makers, milliners, wig makers and stitchers to create the suite of costumes. A full-time team of two or three people also work all day following each performance, mending all the costumes that have lost individual beads or strands of tinsel.

In Martin’s own words, the costumes are “preposterous”. The character of the MC for the dance competition’s crystal-encrusted jacket transforms him into a walking disco ball. Each dancer’s dress is embellished by 30 meters of feathers, sequins galore and a mountain of Swarovski crystals.

Lurhmann often refers to “magic” when he speaks of the relationship that is shared between the stage and the audience; "That's the thing that every single person in the show – from the seamstress sewing on a sequin, to the dancers and musicians, the lead actors and the mechanist bringing on the scenery – is committed to. We are all committed to making the line between the stage and the audience invisible. The audience is in this story and the story is within the audience. We are all in this together." Sequin by sequin, stitch by stitch.

Strictly Ballroom runs at the Sydney Lyric Theatre in Pyrmont from April 12.