For award-winning war photographer Benjamin Lowy, the stories most worth documenting are the ones that unfold beyond the frame. 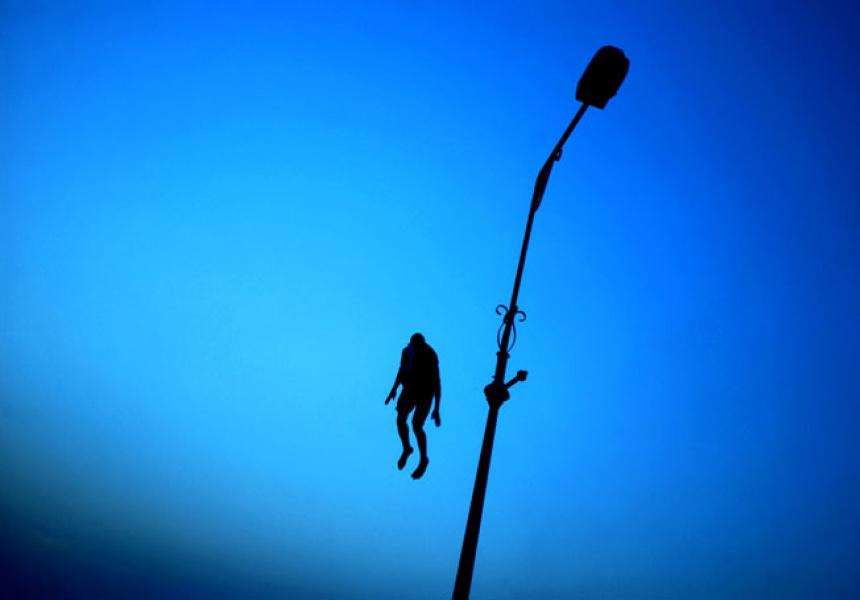 Benjamin Lowy believes the things you don’t see are often more powerful than the things you do. The acclaimed photojournalist and war photographer made his name covering the Iraq War as a 23-year-old in 2003. Since then his gripping images have shed light on the conflicts in Afghanistan and Libya and the aftermaths of the Asian tsunami and Haiti earthquake. All of this has taught him that photography can alter perceptions by hinting at what lies just beyond the frame.

“When we grow up, we all watch those Michael Bay action movies. In those films you always see and hear explosions at the same time,” says Lowy, who has won awards from World Press Photo and Photo District News 30 and whose images have appeared in the New York Times, the New Yorker and on the cover of Time magazine. “But in real life, you see an explosion with your eyes and you hear it much later. And whether it’s being among groups of men who are openly weeping, what the wind feels like after an explosion or what blood looks like pumping out of someone who’s just been killed, there are some things about the reality of war you can just never translate.”

Some of Lowy’s most iconic work – including a series on Hurricane Sandy, shot via iPhone for Time and Blue Man – owes its narrative impact to a faith in the medium’s potential and a willingness to view the limitations of photography as strengths.

“I started out as an illustrator and picked up photography so I could trace images and learn how to create more realistic drawings,” he says. “I came across a book on photography and I was enthralled. I taught myself photojournalism and when I started covering the war I was pretty naive. But it taught me what photography could achieve and the kinds of questions my work could ask.”

In 2011, Lowy released Iraq Perspectives, a book that uses photographs shot through night-vision goggles and the windows of Humvee military vehicles, to give voice to the experiences of soldiers. The volume, which won the Honickman First Book Prize in Photography, is Lowy’s personal takedown of the tyranny of repetition. An attack on the way around-the-clock news culture can drain subjects of their humanity.

“News aggregation sites were showing thousands of images of Iraq and Afghanistan in 2007 to 2008, but because the coverage was so repetitive, the average person couldn’t put a face to it – even though 30 people were being killed every day,” he explains. “I wanted to do this book with pictures that showed Iraq in a different way so people can see that Iraq isn’t just about one more death – it’s an actual place that exists out there. And that things are being done in my name, so I should probably know about them.”

Lowy will give workshops on iPhone photography as part of the Head on Photo Festival, as well as a keynote speech at Semi-Permanent in Sydney later this month. He says the democratisation of technology helps conflict photographers achieve their mission.

“I started using the iPhone to take photos to connect with my audience – so that a person could be scrolling through Tumblr looking at images of cats and brunch and they could see someone in Afghanistan uploading pictures of a warzone on the same platform,” says Lowy, whose status as an iPhone trailblazer sparked the Ben Lowy filter on Instagram prequel, Hipstamatic.

“I was able to take pictures, upload them to blogs and social media and live-stream from the front lines. There’s something visceral about conflict photography because you can’t take the time to rethink what you’re doing. You’re just reacting to the intense situations that you find yourself in.”