The Stepkids: Analogue Boys in a Digital World

Its individual members have played with anyone from Alicia Keys to Lauryn Hill. Now Connecticut trio The Stepkids are making a retro-flecked new sound of their own. 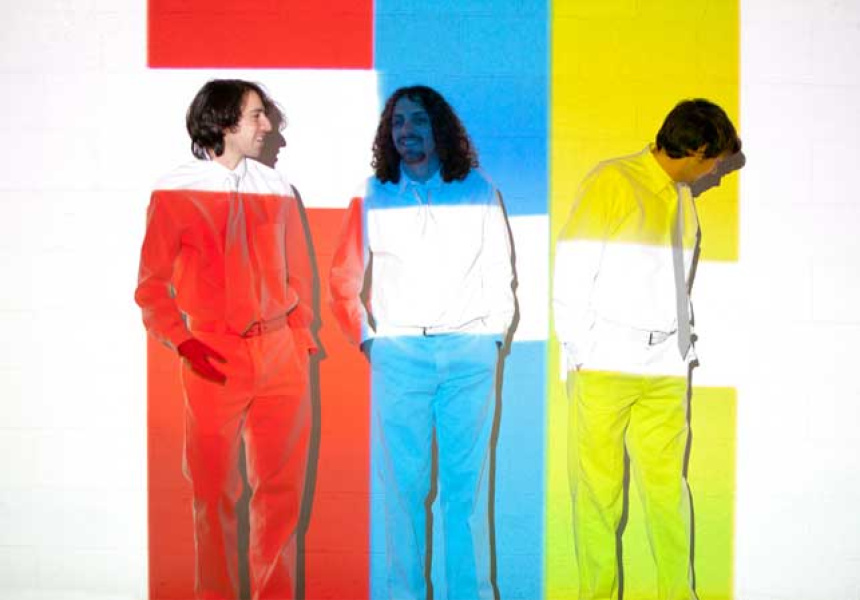 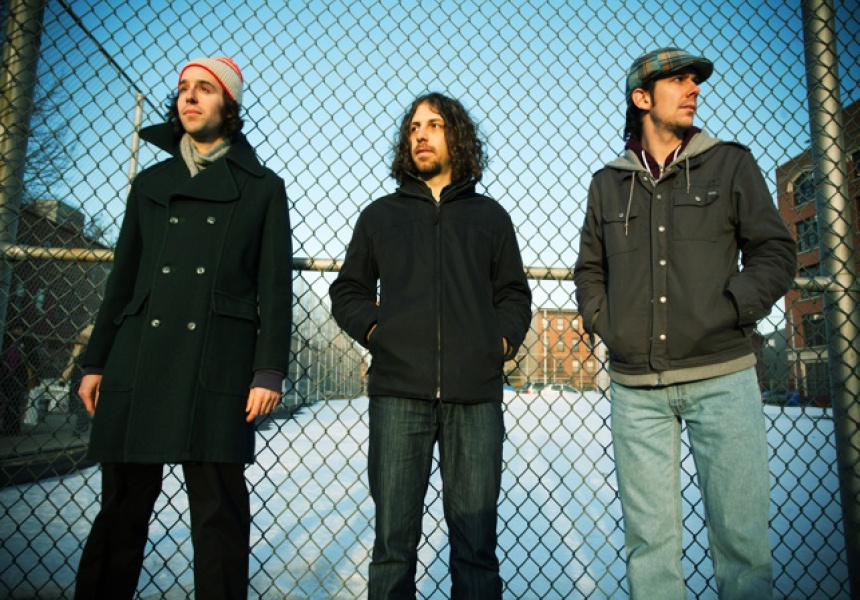 The nouns ‘revisionism’ and ‘revivalism’ may roll off the tongue in a similar fashion, but as Jeff Gitelman – guitarist, co-songwriter, vocalist and producer with Connecticut trio The Stepkids – is quick to articulate, the two couldn’t be further apart, especially when used to ascribe musical tendencies.

“I love that word ‘revision’,” he urges, chatting over the phone on the eve of The Stepkids’ debut Australian tour. “I feel like so much of the writing and recording process is a kind of revision, and that in itself has allowed us to really develop what we're doing in a kind of unique way.”

He’s referring to The Stepkids’ distinctively modern take on a sound rooted in soulful 60s and 70s – one which played out stunningly on their self-titled debut, released via left-leaning Los Angeles hip-hop label Stones Throw back in September last year.

“We did want to revisit a certain era, but we really wanted to make sure that when we did revisit that era, we didn’t just copy it,” he says, his Stepkids band mates long-time friends Tim Walsh and Dan Edinberg chattering in the background. “We didn’t just want to make a photocopy; we wanted to make a collage.”

“For us, it was basically about getting ourselves into a position where we were able to create a photocopy if we wanted to – we were able to replicate the sounds and the forms of music we were referencing – and then taking it a step further by using that photocopy as part of a collage with all these other photocopies and some more modern stuff as well,” says the 29-year-old.

“We tried to makes sure that every single one of the songs had that collaged element, that it was never just coming from the one place.”

The trio go back a long way. Having grown up playing music together in the small town of Fairfield, Connecticut, each set off on their own musical pursuits. While all three wrote their own material, worked on film and commercial scores and produced various record, they made a name playing with others. Where Walsh and Edinberg went onto share stages with anyone from 50 Cent to Lauryn Hill, Gitelman spent the last few years as Alicia Keys’ full-time guitarist.

Suffice to say, when they finally decided to bring The Stepkids into being, they certainly had musical the smarts to do so. “We were all individual songwriters and all really respected each others’ stuff and worked on each others’ stuff, so it felt like it was only natural to take that next step and form a band,” says Gitelman.

“People were all finishing up their other commitments and stuff like that, so the stars just sort of aligned scheduling-wise so it was only a matter of time before we started to combine that individual creativity and those individual skills we all had.”

But while their shimmering debut was set in a historic analogue world, it’s not to suggest that’s the only way they know how to function. “It all really sprung from that analogue thing,” says Gitelman. “But now, it’s funny, because we still use analogue but we tend to combine it with a lot of digital stuff too, especially on the new record we’re working on right now.

“Back then, I did definitely think it was all about the equipment – and it has a lot to do with it – but at the end of the day, the most important part is what’s inside your head.”

The Stepkids play the Sydney Keystone Festival Bar, Hyde Park Barracks, as part of the Sydney Festival this Friday January 27.

We have tickets to give away to the show. To win email us at sydney@broadsheet.com.au with the subject 'The Stepkids'.