Some of our most popular contemporary artists are turning their minds to small sculpture. 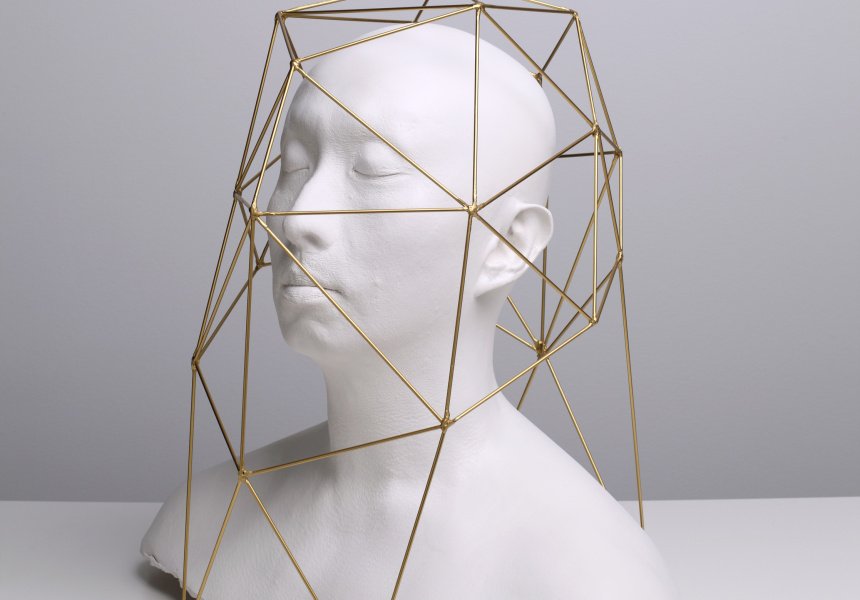 A bottle of Eau de Wet Dogge; a white fluffy teddy bear that cleverly conceals its sharp, spiky make up; and a Dali-esque silver camera that appears to melt before your eyes. These are just three of the diverse and diminutive works that have been named finalists in the 2016 Woollahra Small Sculpture Prize.

The annual competition, which offers $19,000 in prize money, has attracted some significant artists, from Archibald Prize winner Del Kathryn Barton, to 2006 Small Sculpture winner Louis Pratt. There are also younger, emerging and unknown mid-career artists from Australia and abroad.

The job of selecting 46 finalists from 614 entries belongs to CEO of Art Fairs Australia Barry Keldoulis, the ambassador for the visual arts Wendy Whiteley and senior curator at Macquarie University Art Gallery Rhonda Davis. All of the judges were impressed with the boundary-pushing artworks they saw.

“The materials they’ve used are very diverse, some highly sophisticated, very contemporary materials and others that have that sense of almost kitsch, using ceramics in a way that seems nostalgic. [There’s] huge diversity,” Whiteley says.

Established in 2001, the competition invites artists to create a freestanding sculpture measuring up to 80 centimetres in any dimension. This year’s finalists have created sculptures from materials including wood, glass, stone, paper, wire, resin and electronic detritus.

“There are minimal sculptures that relate to light and shadow, shape and form, all the way to what some people might call naïve sculpture such as Football Player Collingwood #10 (Dinni Kunoth Kemarre). [There are] works made from cardboard, a fantastic ceramic camera from glazed silver (Alan Constable), even fragrance (David Cappra) appealing to the olfactory as well as the visual, and works with sound. That’s what’s fascinating, it’s the whole kit and caboodle,” Keldoulis says.

Small sculpture is increasingly becoming a genre in its own right. Where once small sculpture was dismissed as mere maquettes – a small preliminary model – smaller works are now gaining popularity among artists and collectors alike.

“Big works are expensive to make, expensive to move and the practicalities of big works in sculpture is a whole different issue,” says Whiteley, herself a long-time collector of Australian and international sculptures of all sizes with late husband artist Brett Whiteley. “[As an artist] it’s a different thing being able to handle small work, a bit like miniatures in painting. You can’t just take a small work and blow it up into a big one, it has its own integrity. And that tactility, being able to hold it in your hand, is very important to a lot of people.”

Given the scale and relative affordability of creating small sculpture, artists in all media, from painters to video artists, are increasingly trying their hand. “Art doesn’t have to be monumental to be really good. It’s wonderful to have sculpture you can have in your lounge room that engages with you and allows you to walk around it and see the way the different light plays on it. That scale is rather wonderful,” says Keldoulis.

And of course, it wouldn’t be Sydney without the real estate factor. “I’ve always felt, as a gallerist, Sydney was the perfect city for small sculpture with so many places walled with glass because of the view, so there aren’t many walls to hang paintings!” says Keldoulis, noting that ceramics were one of the first things to sell out at Sydney Contemporary art fair last year.

Size aside, another factor that makes this competition special is that it’s not run by one of the big cultural institutions but a local council, which acquires the winning work. The winning artist takes home $15,000 while there are three other cash prizes on offer.

“It was an interesting and very enjoyable experience going through the entries, not easy to reduce it to 46 in the finals,” Keldoulis says. “But it wasn’t about hitting each other over the head about individual works, rather the overarching aesthetic and objectives of the exhibition: to showcase the diversity of contemporary practice.”

Whiteley agrees. “It seems to be the only one that focuses on small works, so this is going to be well worth having a look at.”

The 16th annual Woollahra Small Sculpture Prize is on display from October 15–30 at Woollahra Council. Entry is free.