Ladies who are into art, music and riding fixed gear bikes, the ITCHY movement has a place in the peloton for you. Broadsheet meets co-founder Melissa Agate (aka Sanso) to talk about getting the wheels in motion. 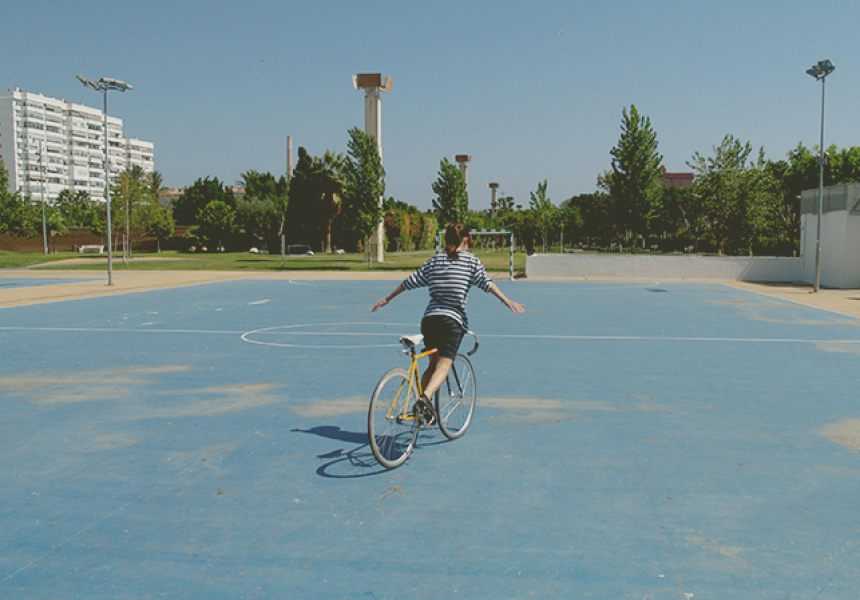 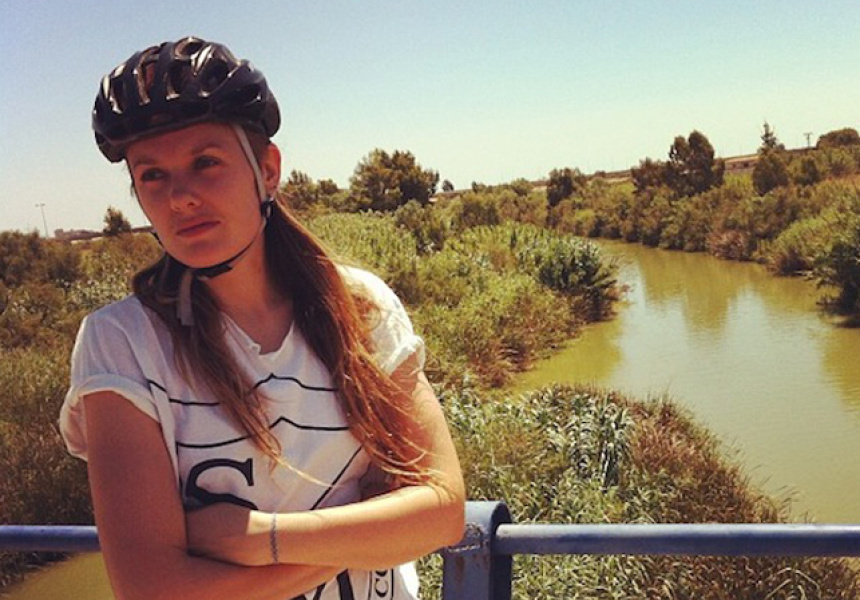 When Melbourne musician Melissa Agate, better known as Sanso, met Spanish artist and photographer Virginia Del Rio, they developed a common interest in a subject dear to many an urban Melburnian – stylish fixed gear bicycles. Despite the fixie’s roots being in the male-dominated world of cycle couriers, Sanso and Virginia noticed that more and more girls were appearing on the roads riding fixies. Online, however, the fixed gear and larger cycling community still felt like a boys club; girls featuring rarely as riders and more often in cheesy poses alongside a guy’s custom bike.

The lack of a female-friendly place to talk about achievements, get technical advice and learn about cycle culture inspired the pair to build one from scratch, utilising their own knowledge of bikes and web design to create ITCHY: the movement, a website and community linked by the pair’s shared interests in cycling, music and art. “The name comes from the saying ‘itching to do something’,” says Agate. “Because I’m always saying, ‘oh, I’m itching to ride’.”

Out of the saddle, Agate leads a busy life drumming in Romy ‘Macromantics’ Hoffman’s band A Gender and making her own music under the name Sanso Xtro. Almost every other waking moment is spent riding – both street and velodrome – with fixed gear and track bikes being something of a personal obsession. “I’ve been into cycling all my life; I was racing BMXs and also skateboarding, so I’m one of those kinds of people. It was a natural progression for me to go from BMX to the adult version of no gears,” she laughs. “I’ve always been seriously into music, but bikes are my addiction and obsession. And more and more, they’re trying to steal the focus of my life.”

Agate speaks of her bikes fondly. She is the proud owner of two BMXs (“an old 80s one and a newer United BMX”) and uses a Bauer single speed, which she won, as her “super heavy and clunky…supermarket and pub bike”.

“And my favourite bike, the one that I completely built from scratch, is the Cinelli Vigorelli, which is a track bike,” she says proudly. “Fixed gear, no brakes – it’s a real beauty.”

Melbourne’s streets are full of bikes, with commuters, enthusiasts and weekend-wheeler Tour de France buffs all competing for space in the city’s cycle lanes. “Melbourne is so cycle friendly,” says Agate. “I think that more people are riding, they’re seeing their friends riding, riding nice bikes, and they realise how much easier it is to get around – and it’s free. Definitely more and more girls, and that’s one of the main aims of ITCHY, to inspire more girls to ride, and not only ride but understand more about the bikes they ride, to be a knowledge base.”

The ITCHY website currently hosts material for riders of any stripe to get their teeth into, like the technicalities of choosing frames or ways of dealing with ride-generated pain, plus videos, equipment reviews, music playlists and interviews with inspiring female cyclists like LA’s Kelli Samuelson. As more female riders discover the website and the community, Sanso and Del Rio plan to post a greater diversity of content and build the international ITCHY team, which already has members from Hong Kong (another hotspot for female fixie riders). “What we’re trying to do is make a place where girls can connect and share knowledge, and where we can showcase girls who are making an impact riding really well and passionately.”

According to Agate, there will be ITCHY ride events on Facebook very soon, with girls owning any kind of bike – geared or fixed gear – welcome to attend. After that, it’s planning for the first major ITCHY gathering, which Sanso hopes will feature female riders from all over and outside of Australia. “It would be so nice for this to become a really serious thing,” says Agate, “with a team, with events, really pulling people together on an international level.”