Sculpture by the Sea Returns for 2018

The world’s largest outdoor sculpture exhibition runs for three weeks and features more than 100 pieces, including one that will be on fire. 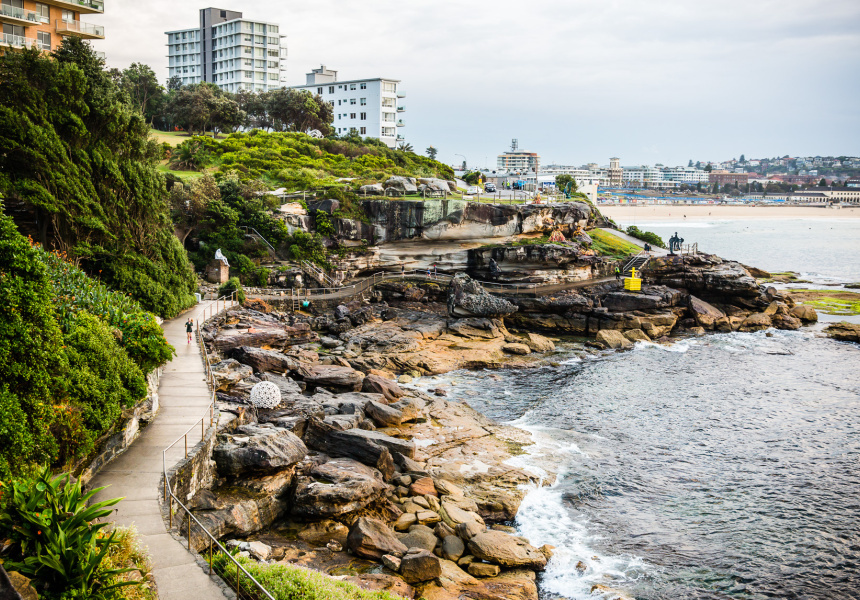 While on the phone to Broadsheet, David Handley is on his way to a hair appointment. “I’ve got to keep the hair out of my eyes at Bondi,” says the Sculpture by the Sea (SXS) founder.

Kicking off on October 18 and running until November 4, this year’s event will be the 22nd iteration of the annual festival, and Handley is well prepared, whatever the weather. In 2016, a huge tidal swell swept some sculptures out to sea, but mainly the eastern coastline provides a stunning, if windblown, backdrop to the art.

As the world’s largest free-to-public outdoor sculpture exhibition, it’s an anticipated fixture on the city’s calendar. And even after more than two decades, Handley is still bowled over by the artists’ submissions.

“That’s been the lifeblood of the exhibition for the past 21 years – that artists do what they want. They see the site and think, ‘Wow, someone’s organising a site like that for me? I’ll put my hand up and have this extraordinary location for a lot of people see the work,” he says.

Four hundred and fifty thousand people in fact. Each year, thousands make the pilgrimage on the 333 bus, alighting at the south end of Australia’s most famous beach to view the sculptures dotted along the two-kilometre stretch of the Bondi to Tamarama coastal walk, Marks Park and the golden sand of Tamarama beach.

This year’s SXS features more than 100 works from Australian and international artists, whittled down from a pool of 500 applications. A handful of prizes will be awarded, including the Aqualand Sculpture Award, which has increased to $70,000 this year, making it, according to Handley, the most generous prize in the Southern Hemisphere.

It’s the collaborative projects that have Handley’s attention, such as the upcycled plastic totems by Australia’s Jeremy Sheehan, who has worked with artists from the Philippines, Micronesia, Papua New Guinea and Vanuatu. The result is totems made from 1000 recycled plastic bottles that fill with water as the tide rises.

In partnership with Studio Dex, Matthew Gill (head of visual content at the University of NSW) has created a “poignant installation work” exploring post-traumatic stress disorder. “It’s a sculpture of a head, and you look inside to see the video installation,” says Handley.

Emerging Sydney artist Nicole Monks has created a piece based on her discovery that her family was part of the stolen generation. Taking inspiration from an Indigenous rock carving of a whale shark on the Bondi headlands, she’s re-interpreted the animal’s image in sculpture form using only natural materials. Her work will be set alight in a special ceremony on October 19.

Sculpture by the Sea, Bondi is on from October 18 to November 4.