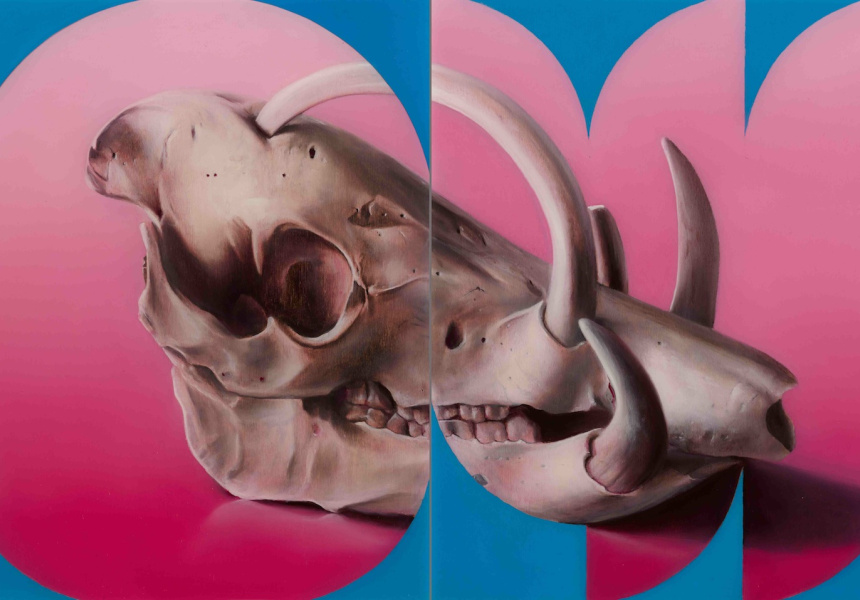 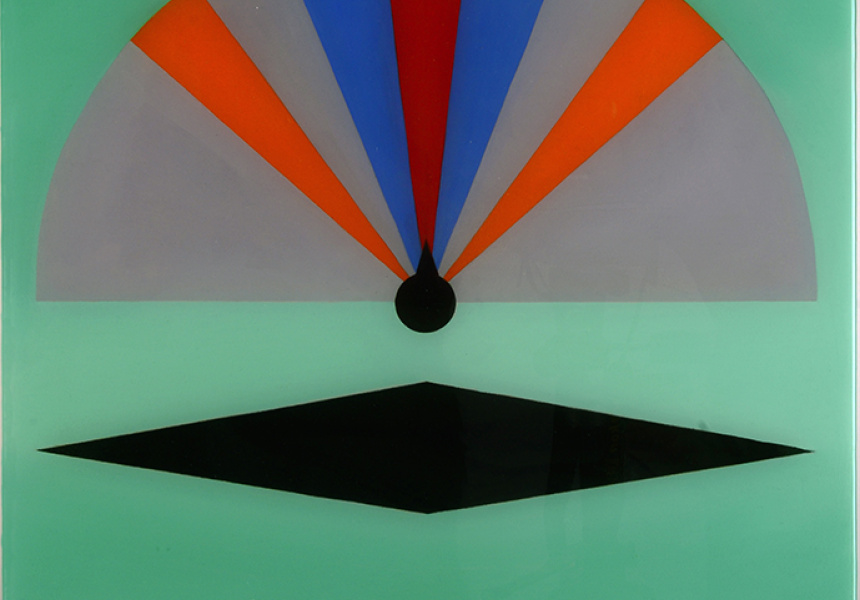 The word ‘dymaxion’ was coined by futurist inventor Buckminster Fuller in reference to a number of his geometric designs and creations. One of these was an abstract world map, projected onto the 20 triangular faces of an icosahedron, depicting the Earth’s continents as one island, able to be pieced together like a puzzle. Melbourne-based artist Sam Leach has given that same name to his latest exhibition, currently on show at Zetland’s Sullivan + Strumpf gallery. Dymaxion is a striking mergence of realism and geometric abstraction – not so dissimilar to Fuller’s map.

Brightly coloured shapes overlap and intersect sharp, lifelike depictions of apes and prehistoric animals. The crisscrossing of representation and abstraction suggests that Leach believes that the past, like the future, can be open to our own interpretation. The exhibition incorporates stunning, reflective oil-on-wood tiles, which piece together to form an entire picture. Prehistoric landscapes meld with futuristic structures, while a miniature set of test tubes is displayed along with various rocks. Cartesian Divers, Isolation Cones and Galilean Head are box-shaped sculptures in oak brass and stainless steel with lifeless robotic faces – a line for a mouth and perfect circles for eyes.

In Dymaxion, depictions of the past mingle with notions of the future – they are juxtaposed, but somehow fit together cohesively. Leach’s science fiction exists in what has already been, rather than what might happen. By fusing contrasting elements and combining opposites in collage, he has created an abstract narrative of the past, which is made believable via its brilliant congruity.