The Result of Chance

Christian Boltanski explores the inextricable connection of human existence and chance in his new exhibition at Carriageworks from January 9. 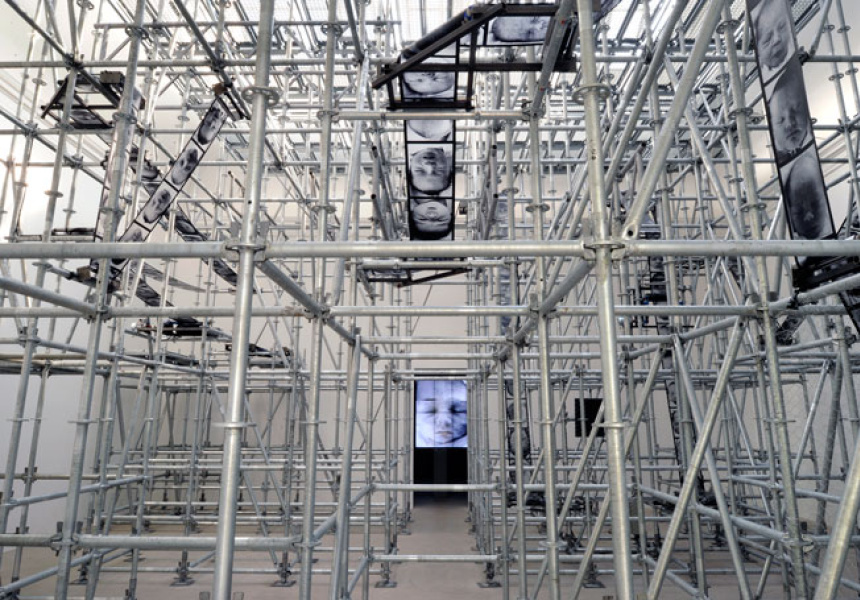 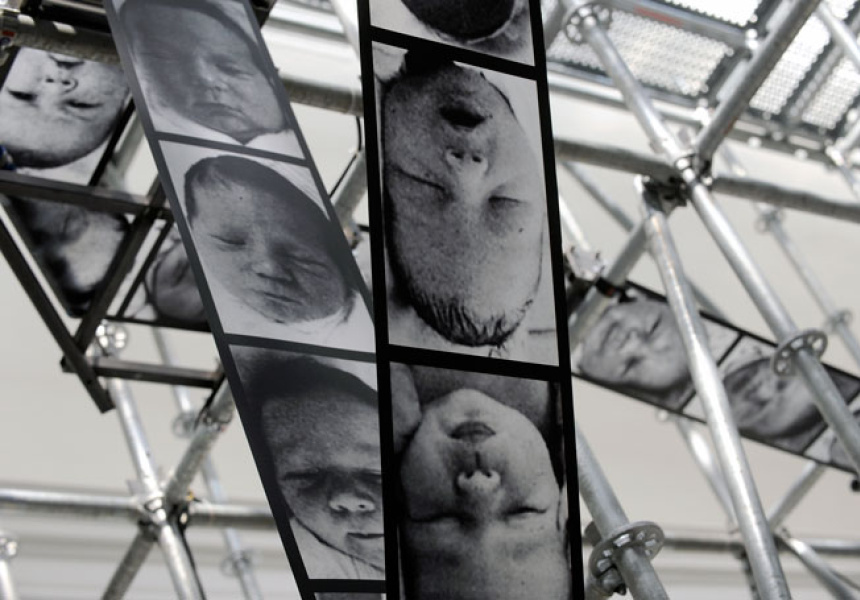 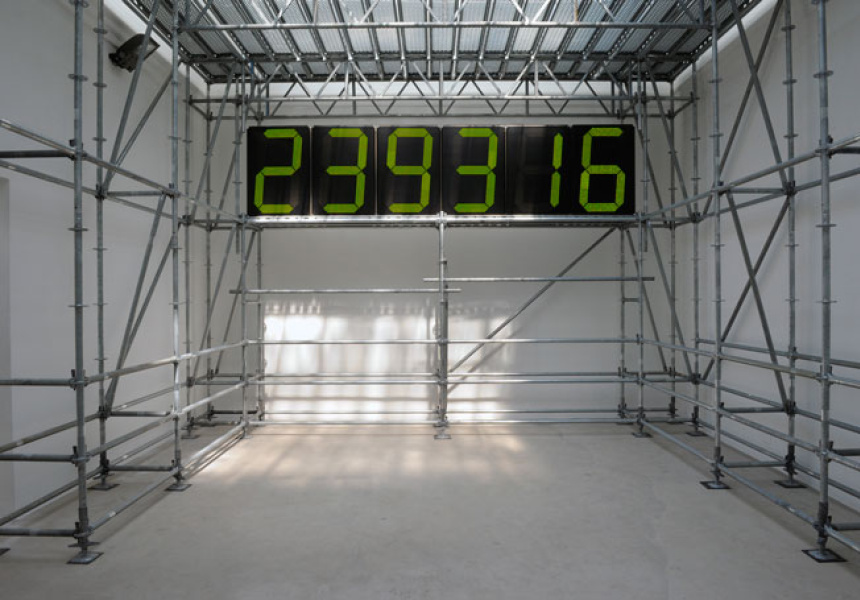 A giant, scaffolded printing press swaddled with a large film strip depicting newborn babies swishes rapidly overhead. At the sound of an alarm, the rustling strip halts, bringing a random child's face into focus. Neither we, nor the artist know who the child is – but this is immaterial. Just as his or her face is illuminated entirely haphazardly, we wonder if the likelihood of this person leaving a particularly outstanding mark on history is similarly determined.

This humming, whirring, kinetic work is Chance, French artist Christian Boltanski’s seminal piece, previously exhibited to wide acclaim in 2011 in the French Pavilion at the Venice Biennale, and which will show as part of this year’s Sydney Festival. The vast, haunting work explores birth and death, and determinism versus free will in the lineage of familial resemblance.

Considered by many to be France’s greatest living artist, Boltanski has based his distinguished career around the themes of fatalism and mortality, including a deal struck with MONA’s renegade art collector and professional gambler, David Walsh in 2009, whereby Walsh would document the remainder of the artist’s life in his Parisian studio. Bound by a macabre annuity, Boltanski is to be paid a pre-determined instalment over eight years, which is how long Walsh determined Boltanski has left to live. If he dies before – Walsh wins the bet, if not – the artist comes out on top.

Born in 1944, Boltanski received an early education on the impermanence of human existence. When World War II raged through Europe, Boltanski’s father hid under the floorboards of the family’s Paris flat for over a year. After the war, his parents’ friends, survivors of the camps, would often talk about the horrors of their experiences. As such, his body of work has continually placed particular focus on giving voice to victims of the Holocaust.

Boltanski initially worked primarily as a painter and photographer, but moved on to work with found objects – rusty biscuit tins, clothes, photographs – evocatively arranged like altar pieces. Always intimate and reflective, his focus shifted to looming, large-scale installations throughout the '80s and '90s. It has been through this melancholic, existential tone that the artist has found commercial success – a tone that continues to permeate his work.

His work Personnes (2010) (meaning both ‘people’ and ‘nobodies’) that was unveiled at Monumenta, the annual art event in Paris, is a poignant example of Boltanski’s fixation with survival and memory. The enormous installation involved 30 tonnes of clothing spread across the Grand Palais, serving as a reminder of our inevitable mortality. A proponent of exhibiting in non-traditional museum spaces, Boltanski took special care to create a set-specific experience within the architecturally magnificent setting.

Boltanski takes a similar approach with Chance, reconfiguring the work strongly in response to the unique architecture of Carriageworks. Carriageworks director Lisa Havilah says this will be the largest installation the centre has ever undertaken, “The architecture and history of Carriageworks will bring a great resonance to Christian’s work which engages us with our histories and mortality.”

Projects offering large-scale immersive experiences are becoming Carriageworks’ calling card, with the overwhelming popularity of Song Dong’s Waste Not and Ryoji Ikeda’s Test Pattern No 5 over the past 12 months. Havilah agrees: “Carriageworks audiences have a strong appetite for experiences that engage them both intellectually and physically,” and Chance is no exception.

Moving away from the whirring film strip of faces, mortality is pondered further when considering Boltanski’s two clocks, representing the number of births and deaths across the world on that given day. The viewer can also assume the finger of God by matching three arbitrary segments of the human face in a slot-machine style game. The faces in the game belong to Polish newborns and elderly Swiss people. In a 2011 conversation with Pulitzer Prize-winning biographer and critic Mark Stevens, Boltanski admits to amassing a thousand-strong collection of photos of dead Swiss people, explaining his reasoning, “because they are so clean, you know…because they are neutral.”

In creating Chance, Boltanski rips away any mysticism we might associate with our existence. “The basic idea is that we are linked to chance from the moment our parents made love,” he says, “If they had made love a few seconds before or after, we would have been different. It is a mere technical and temporal matter: we are just the result of chance.”

Chance will be exhibited at Carriageworks from January 9 to March 23, 2014.
Carriageworks