At the end of her residency at Marina Abramović: In Residence artist Sarah Rodigari reflects on her connection with the other artists, the relationship between art and public programs and facing reality. 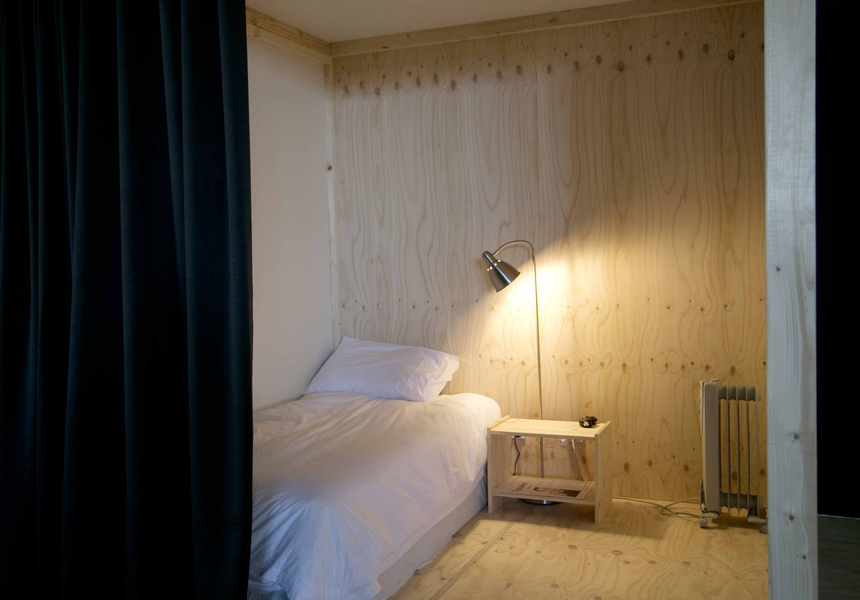 Kaldor Public Art Projects’ impressive performance-art spectacle, Marina Abramović: In Residence, has sadly come to an end. Sydney visitors queued for hours at a time to experience the meditative simplicity of the Abramović method, and to witness the on-display, live-in artist residency. Last week we shared part one of resident artist Sarah Rodigari’s insider view. Here, Rodagari tells us how she’s feeling mid-way through, and her reflections on the experience as a whole.

In the first week it was recommended we spend a minimum of two hours per day in the project space downstairs, immersing ourselves in the Abramović method. But part way through the first week that fell by the wayside a bit. Two weeks is a very limited time to spend time with Marina as well as to build upon our own practice.

I enjoy the activities, some more than others. The one that I really love to hate is slow walking. I did post-graduate studies in performance and studied a lot of mime; in drama school everyone does a lot of slow walking. So I always feel like there’s a right and wrong way to do that, which kind of contradicts the Abramović method. But what I begun to realise was that I wouldn’t have the opportunity to slow walk in public again for a very long time, so I have started to go down and just do a slow walk for half an hour or 40 minutes at a time.

The simplicity of the activities and the bizarre context that you’re in feels like a Close Encounters of the Third Kind experience, or Night of the Living Dead with the zombies in the mall. Some people will say the longer you spend there the more you get out of it, but then I think it depends on the issues you’re carrying with you when you’re in there. It is a really smart, simple proposition and for some people it works and for some people it doesn’t. Everyone is figuring it out, but yet it’s so simple – it’s like – am I really going to just stare at this piece of paper? Do I really just stand on this platform? And then you go through all of these different experiences from there – or not. It’s really subjective. It’s not necessarily for everyone.

The last few days of the residency were a whirlwind. Even though it was a process-based residency with no direct outcome, there was a sense of needing to have some kind of resolution. There was a mixture of trying to get things done but also to spend as much time with each other as possible. And then the realisation that with the end of the residency there would also come a really big come down. On the last night we all loved each other – metaphorically – and in the morning we made a point of parting ways but not actually saying goodbye.

I have made friendships with the other artists and some creative connections. Francis Barrett and I have planned to have a bit of an unpacking session of the process. I’m writing a chapter on the experience as part of my Ph.D. and Fran is writing a piece of her own, so we have planned to meet soon and support each other’s writing. Nicola Gunn and I have spoken about the possibility of making a show together next year if that’s possible. But all of our ideas are so tentative because there is no funding for the type of work we make in Australia any more.

Marina invited me to New York to do a comedy show with her… but then she doesn’t really know my name. She says she doesn’t remember anyone’s name, but she’s very good at allowing that not to affect her.

My Ph.D. is on the gesture of participation in contemporary art. One of the most interesting things to come out of this experience for me is the relationship between art and public programs, and how this residency was a chameleon in some ways. It kept being redefined throughout the process – it ebbed and flowed through this idea of art as a pure aesthetic activity and art as a public program. That was really interesting for me.

In the end, I have to admit, the sense of connection we developed as a group of artists, even though we all have very, very different practices, was unexpected for me. And then Marina’s relationship with the artists was completely unexpected – I found it amazing that someone can be so enigmatic and humble at the same time. And such a celebrity.

It all feels quite like the end of school camp. Like an intense amount of time spent together, and now its over, we all just go back to school. Back to reality.