We head Upstairs at Marina Abramovic: In Residence to see how artist Sarah Rodigari is faring in the first days of the residency. 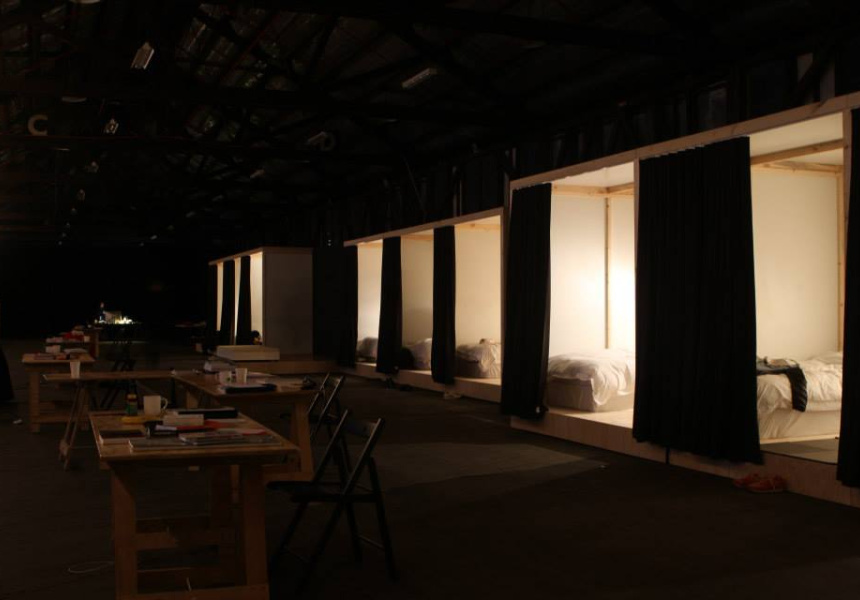 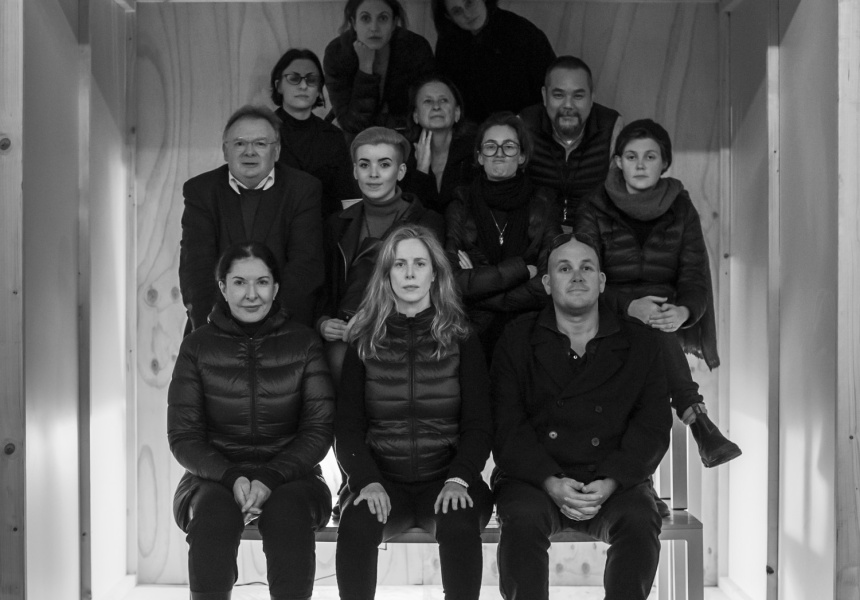 It is now one week into Kaldor Public Art Projects’ 12-day live-in artist residency at Pier 2/3 in Walsh Bay. The residency forms part of Marina Abramović: In Residence, the organisation’s 30th public art project. In order to understand what an intensive residency run by Abramović is like, we asked resident artist Sarah Rodigari to write notes from the inside.

Monday June 22 – Before Entering the Residency

Before this, I was working in New York. I returned to Sydney to join the residency. It’s only two weeks long, but I see this as a once-in-a-lifetime chance, to work alongside Marina Abramović. I don’t think it’s going to be possible to really develop my performance-art practice in the course of just two weeks, but I’m hoping I’ll learn a lot, from Marina and from the other resident artists. Everyone is working internationally. I am curious as to how much time we’ll get to spend with Marina, and a little undecided about the public nature of the residency, too. Is it going to be like a Big Brother sort of thing?

We are living in these little three-metre-by-three-metre plywood pods. Marina calls them cells, but I suppose it depends on how you see it. There is a black curtain at the front, which we can draw closed at the end of the day and when we go to sleep. Marina has recommended we leave them open just to have the full experience of the residency, all the time.

For the first few days I was quite shocked that the pod had a curtain and not a door. I became quite obsessed with this idea of the line between public and private. I’m totally aware that I am in front of the public the whole time, and that I’m almost performing my residency in some ways. I wasn’t aware that it would be really hard to find private space. That has been really intense. But I think I’ll get used to it.

Marina visits us really regularly, which I wasn’t expecting. My first interaction with Marina was pretty normal. She was walking up the stairs in her long puffer coat with another coat on top of it and her slicked-back hair. She shook my hand and said, “I’m Marina,” and I said, “I’m Sarah”. You do feel it – “Oh my God it’s Marina”. She does have an aura to her; she has such a history to her career and that’s exciting. What is so strange is that she is so approachable – I wasn’t expecting that. She’s advertised as this kind of callous, money-hungry performance artist gone wrong, but she is shockingly generous for somebody of that level of celebrity. I saw her talking to her bodyguard about art yesterday. She chooses to be really open, and she’s actively interested in Australian artists, which I found really refreshing.

Last night it was my turn to host Evenings in Residence. I had originally pitched a kind of Kitchen Cabinet with Annabel Crabb session, but this couldn’t happen in the end. Instead I showed a film by Elisabeth Subrin called Shulie, which is a remake of a 1967 documentary. It’s a very rare film that was really hard to access, but somehow Kaldor managed to do it. For me, it’s all about how we mythologise notions of feminism. It follows Shulamith Firestone at art school before she published her book The Dialectic of Sex.

After the film I ran a performance called Regarding Rodigari. I invited six of my peers who are also my friends – some people I had known for more than 20 years, some I’d recently met, one person was another artist in residence – to speak freely about me for an hour. So they could say whatever they wanted. I invited one of the co-curators, Sophie O’Brien, to chair the conversation. It was really generous; I thought it would be much harsher. I thought people would be more critical of me.

Of course, on one level, it was like a slow reveal of myself to people who don’t know me. But then, it’s also just mythologising or theorising who I might be. And in turn it also reveals them, which I think is far more interesting. I think it worked well in light of it being the first week, a long week, so cold in here and that kind of thing. It’s freezing in here. But we are warm, we have lots of support, electric blankets and heaters, but it’s cold!

Everyone in the residency gets along really well – it’s not like Big Brother. We are all incredibly supportive of each other, we’ve learnt so much about each others’ art work; we give each other feedback, we kind of participate in each others’ ideas and we go out to dinner every night. We’ve become very close and supportive. We are given two meals everyday, and a per diem for dinner, so we are allowed to leave the residency as we choose. Somebody went to China Town last night, which, seemed too far. Fratelli Fresh is doing some pretty good business across the road.

I feel like I’ve really converted. I was really sceptical of the residency, with artists in a gold-fish bowl. But we are actually being so supported and respected. It’s great to experience that difference.

Stay tuned for the second diary entry to be published next week. Broadsheet is a proud media partner of Kaldor Public Art Projects in presenting Marina Abramović: In Residence.